The Crossroads Pack of African wild dogs in Hluhluwe reserve, South Africa, hadn’t been seen for about three weeks.

Wildlife ACT conservation volunteers Karsten Winkler, Remy Tito, trainee monitor Musa Mthembu and wildlife monitors Axel Primmer and Cathy Hue had been getting a pretty good signal for Ian (the alpha male) over the last few days. However the wild dogs were in a valley, staying out of sight with their pups. The last time the pack had been seen, they were crossing the road with their ten puppies. 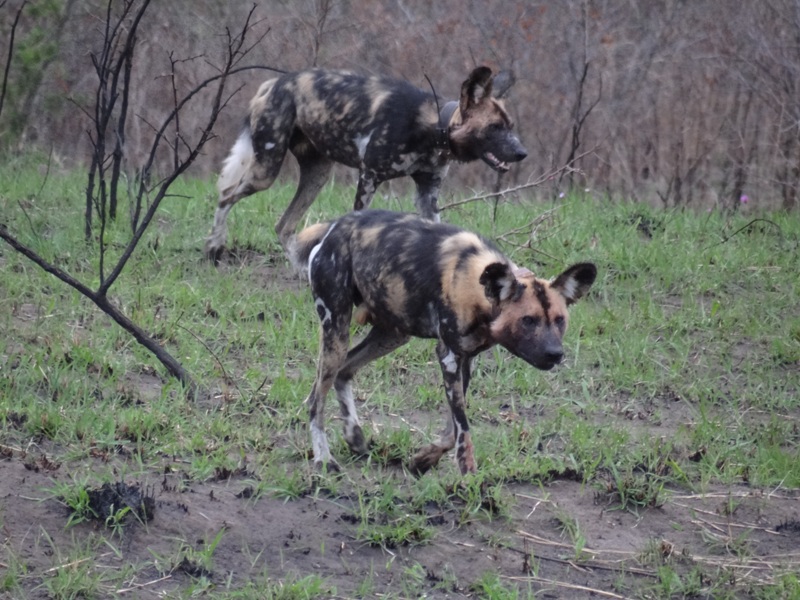 The beta male Bala had been fitted previously with a VHF collar, but it didn’t work anymore. Thus Ezemvelo KZN Wildlife (the managing authority of Hluhluwe-iMfolozi Park) together with the Wild Dog Advisory Group of South Africa, decided to change this collar. Instead of replacing it with another VHF collar, it was decided to replace it with a satellite collar (which both sends a GPS signal and can be tracked via VHF). 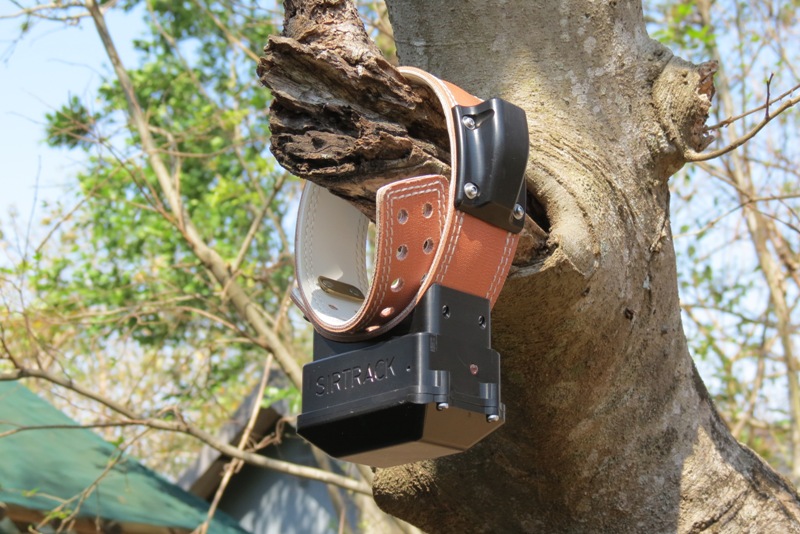 This meant that we had the rare chance to see the collaring of an African wild dog, and we were really excited!

Early on the morning of the 9th September we went out to track the dogs. We were also careful to check for lions in the area. If there were lions too close to the location of the call-up, we would have had to postpone the event – due to the high risk for all parties involved. There were no collared lions around, the weather was perfect (no wind and cloudy) and we found a perfect spot to do the call-up – all the prerequisites were met. 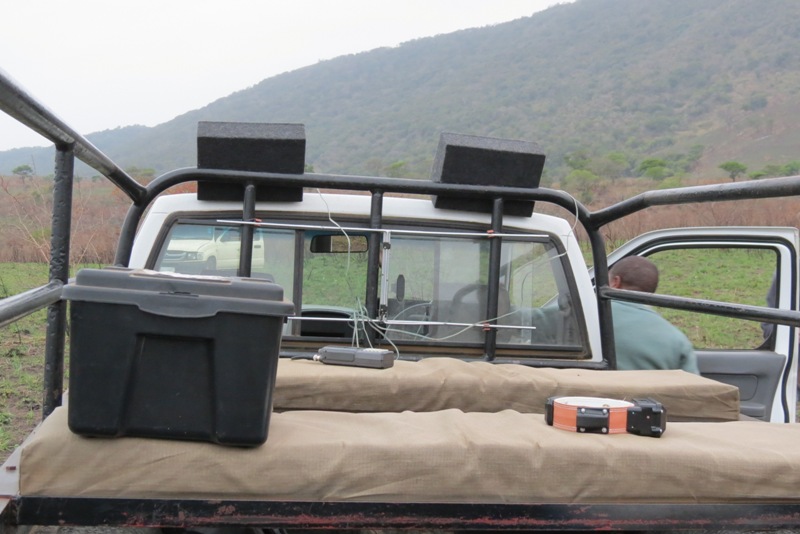 We attached the bait (an impala) to a nearby tree, so as to prevent the wild dogs from dragging it off into the bush. We began the call-up using big speakers which were positioned atop the vehicle. These speakers were directed towards the valley and they played the eating and calling sounds of the wild dogs. After 20 minutes all seven adults and sub-adults showed up and began to feed. 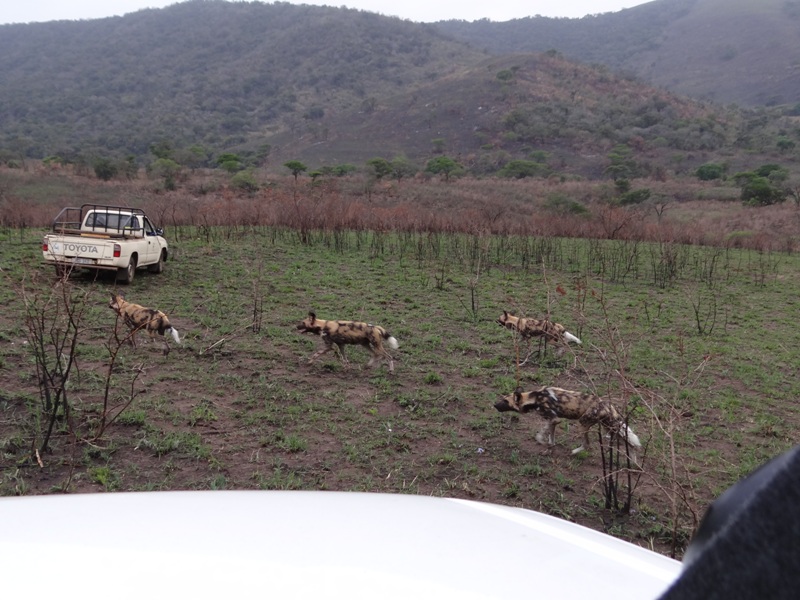 The wild dogs arriving at the call-up site 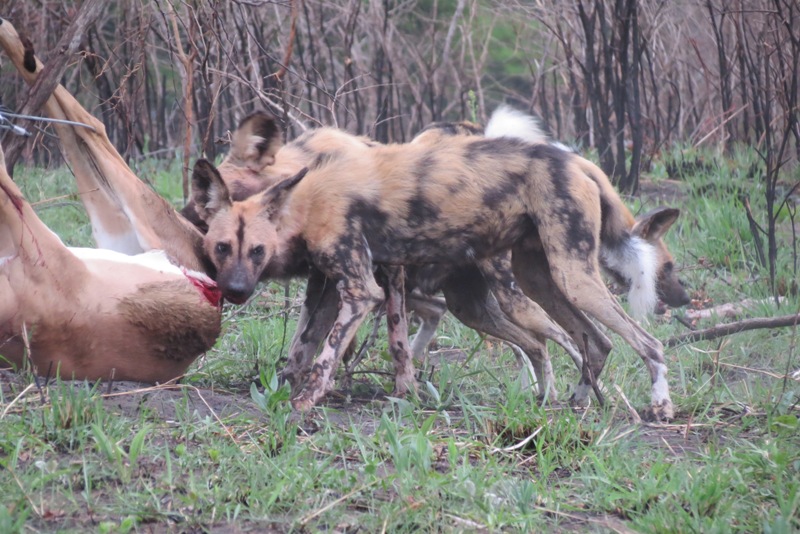 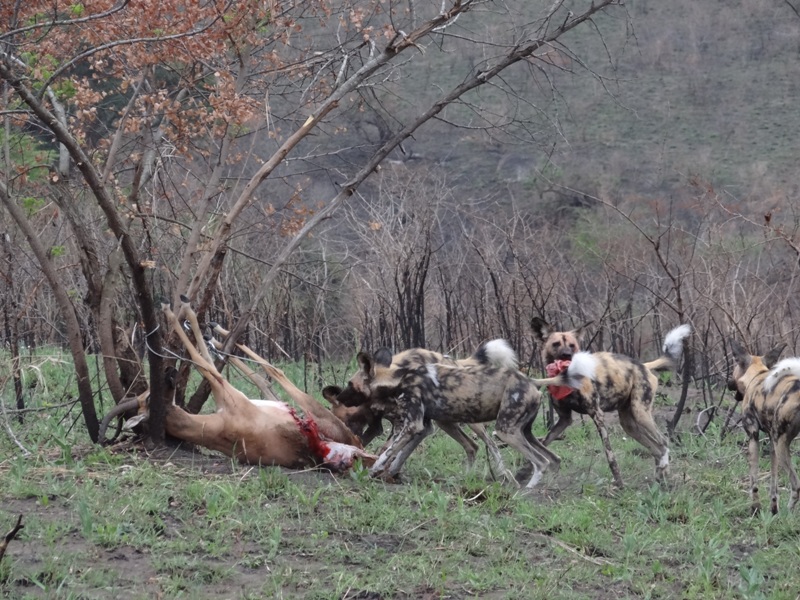 Then the work began. Hluhluwe-iMfolozi Park wild dog monitor Zama Zwane together with Ezemvelo KZN Wildlife vet Birgit Eggers darted Bala, in order to remove the old collar and replace it with the new satellite collar. All went well and after little more than an hour the wild dogs had almost completely finished the Impala and Bala had a new satellite collar. The monitoring team will continue tracking the Crossroads Pack to make sure Bala and the rest of the pack are doing well. 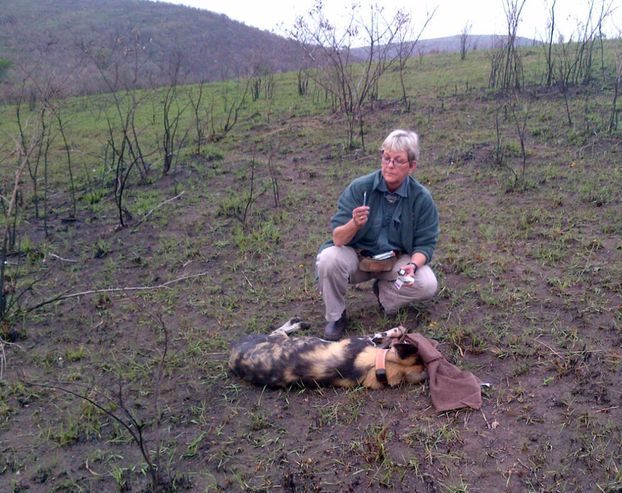 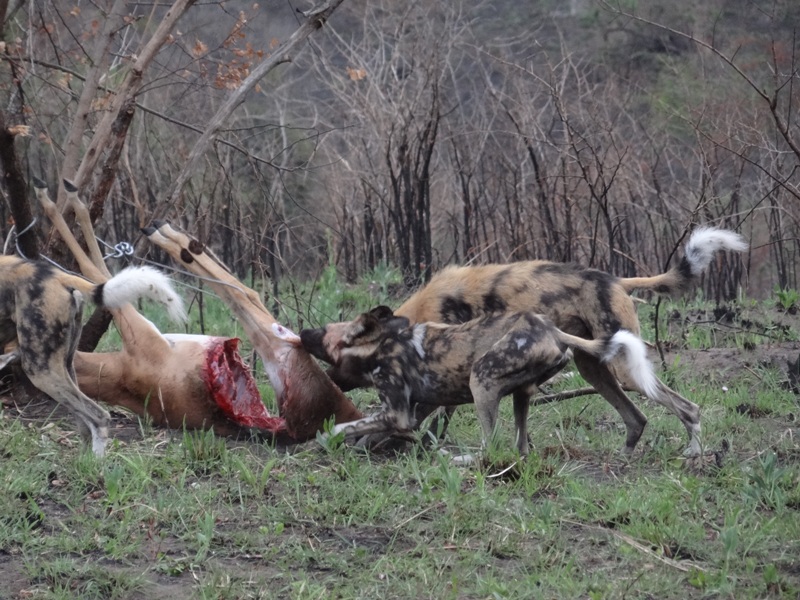 Collaring of wild dogs is done so that the monitoring team is able to find the dogs on a regular basis, in order to perform visual health checks and to make sure that none of the wild dogs have run into a poacher’s snare. With these collars and the information they provide, it is also possible to do more research on the wild dogs and their habits, so as to better conserve the species.

It was great work by the whole team. Well Done!