As part of the Black Rhino Range Expansion Project, few black rhinos (Diceros bicornis) individuals were removed from an undisclosed reserve for re-allocation purposes. For the safety of the rhinos, we will not provide here the amount of individuals re-allocated as well as their final destination. Wildlife volunteers Peter and Doreen Ward had the privilege to assist in the airlifting of this critically endangered species. 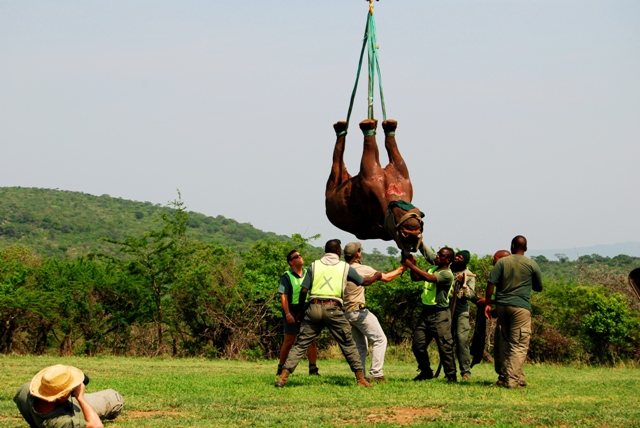 Why do they airlift the black rhino?

The capture teams, vets and other professionals who have been moving these animals for decades have deemed this the most stress free, quick and efficient way to move rhinos short distances. It’s an amazing technique that minimises the time that the animal needs to be in transport and therefore reduces stress. While in the air, the rhino is still drugged and blindfolded.

Thanks to all the Woolworths customers for buying the rhino bags and assisting with this mission! You can still buy a rhino bag and support the Black Rhino Range Expansion Project by clicking here. 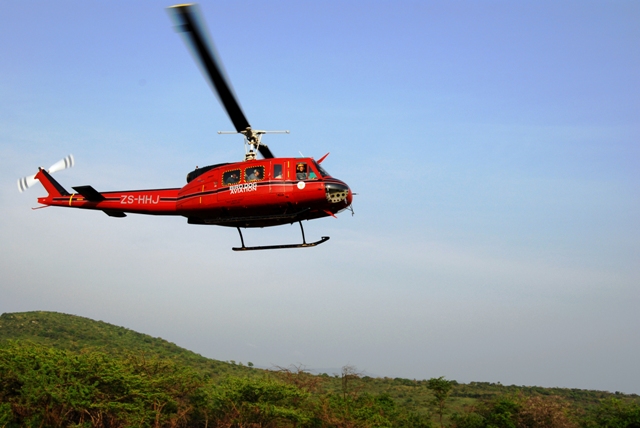 The helicopter arrives to pick up one of the black rhinos. 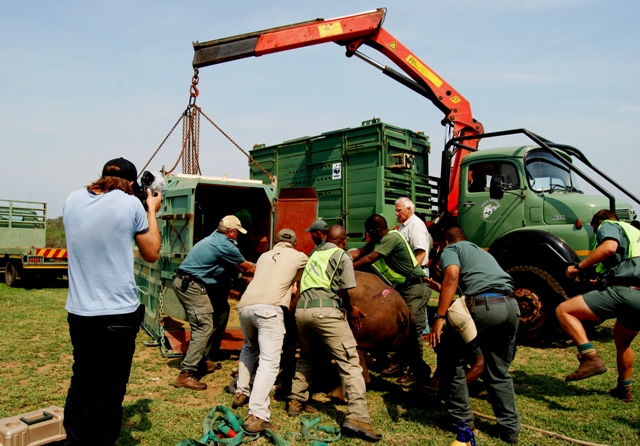 A black rhino gets loaded into a transport truck. 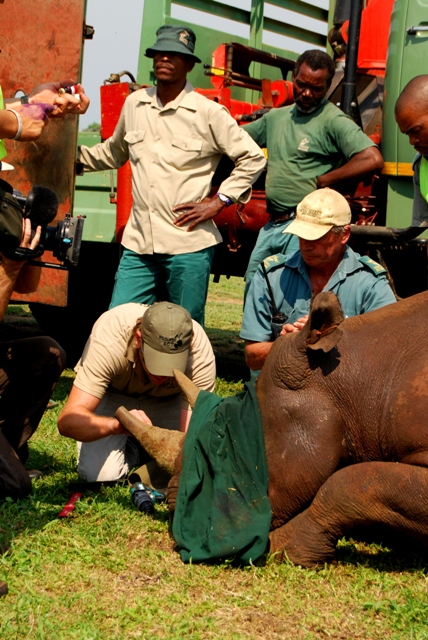 Chris Kelly of the Wildlife ACT Fund inserting a transmitter. 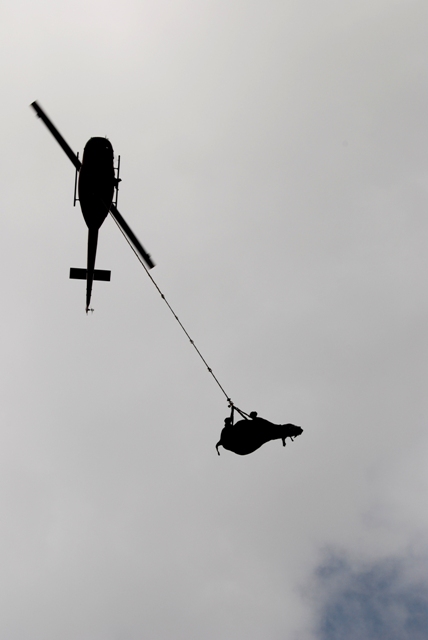 A flying black rhino airlifted to a new home. 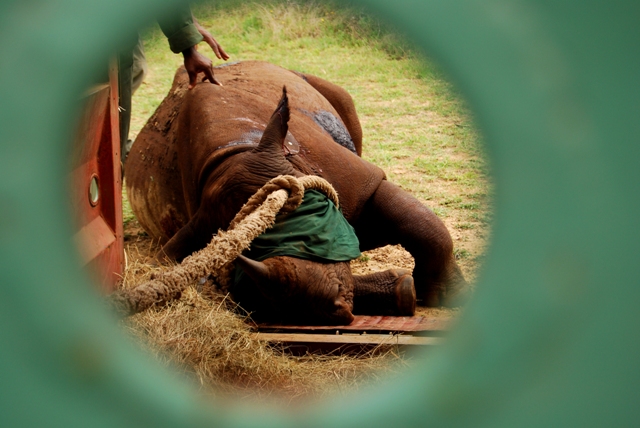 A darted black rhino darted and waiting to be released into its new home. 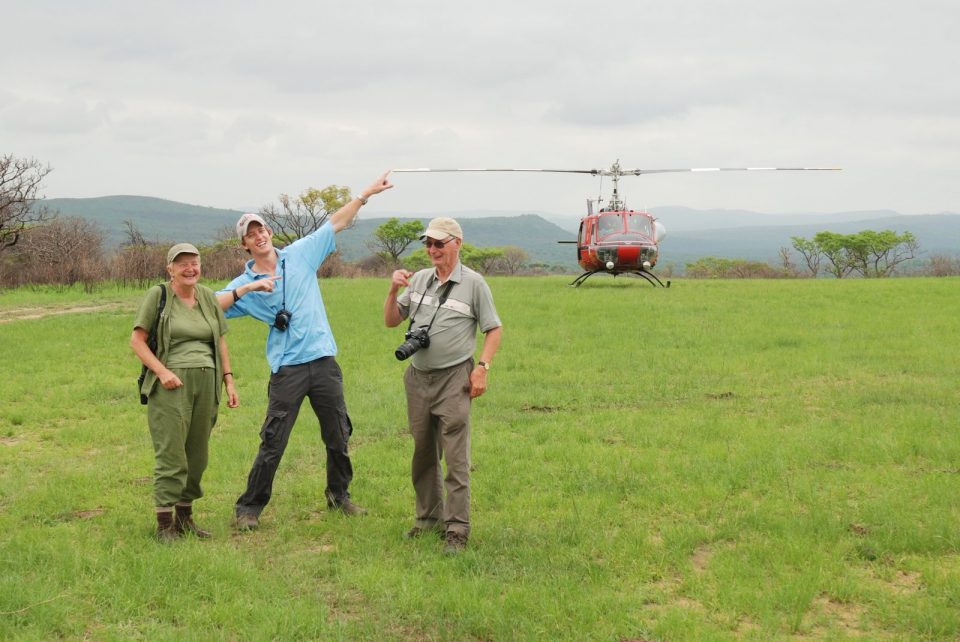 Thank you to the Ezemvelo KZN Wildlife capture team, WWF and everyone else who assisted throughout the week.