We’re excited to announce that six puppies have been born on Tembe Elephant Park, Northern KwaZulu-Natal. It’s always an exciting time when our endangered wildlife monitors spot the pups for the first time. With less than 450 Wild Dogs roaming in the wild in South Africa, this is great news for this critically endangered species!

Endangered wildlife monitor, Kevin Emslie, reported this week that the conservation volunteers were out monitoring with him one morning and were fortunate enough to have the first sighting of this year’s Wild Dog litter in Tembe Elephant Park. With only three adults to take care of the six puppies and with lions waiting to pounce around every corner, the odds are stacked against the little guys, but the adults: Poofy (Alpha female), Fenne (Alpha male) and Albie, are working tirelessly to keep the pups safe at all times.

Tembe has a high population of lion, which adds additional pressure on the Wild Dogs in the Park. 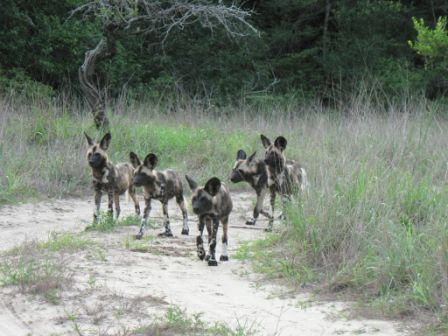 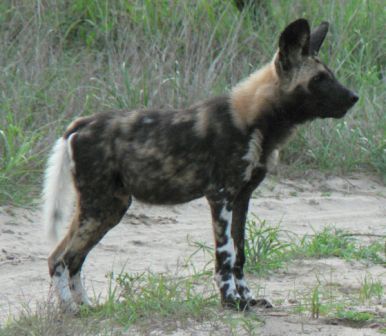 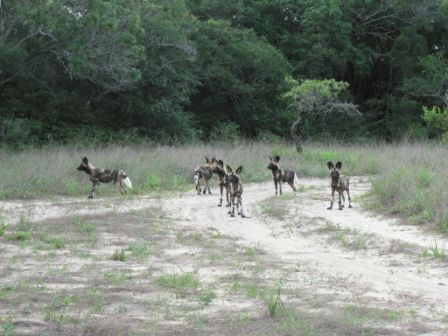 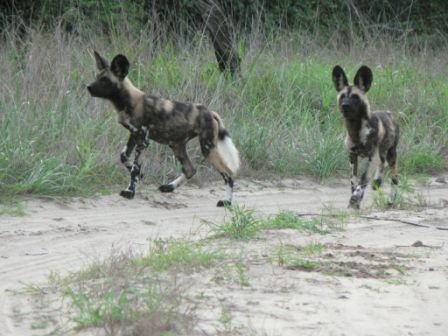 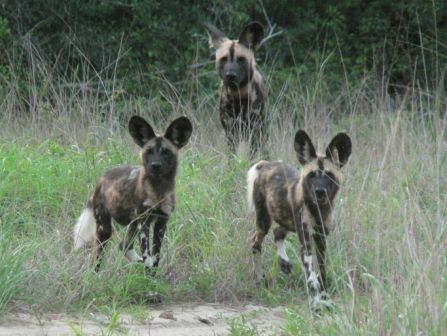