At the start of 2013, the uMkhuze wild dog pack was down to six members. These wild dogs have stood the test of time and have successfully raised 11 pups to adulthood. Although 12 pups were initially born, an unfortunate snaring incident was responsible for the loss of one of the pups in the past 12 months. With Ezemvelo KZN Wildlife, Wildlife ACT and iSimangaliso joining forces, we have been able to help the uMkhuze wild dog pack in sustaining a successful and happy family on the reserve. The pack is now 17 strong and GUESS WHAT?

All 17 members of the uMkhuze wild dog pack 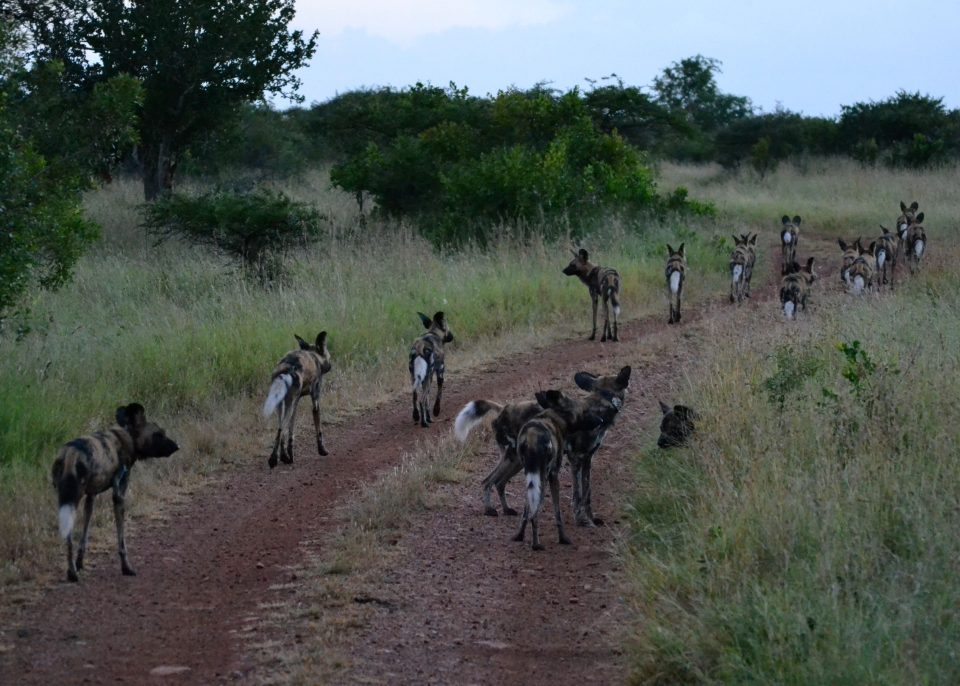 All seventeen wild dogs in one photo – easier said than done.

Both the alpha and beta females are pregnant again!

Thandazile, the Alpha female, is estimated to be seven weeks pregnant. Thandifa, the Beta female, is two or three weeks behind. The uMkhuze wild dog pack has begun to make preliminary inspections of prospective denning sites in preparation for the new pups. In wild dogs, gestation takes approximately ten weeks, and so the first litter should arrive within the next three weeks.

In South Africa, wild dogs are typically born in May/June (the onset of winter). This is great timing as the existing pups are just old enough to be able to hunt and  kill independently. In 2013, four of the adults had to fend for the Alpha and Beta females and their pups. In 2014, this responsibility will be divided between 15 wild dogs. This doesn’t just help with food income, but also with the security of the den sites. 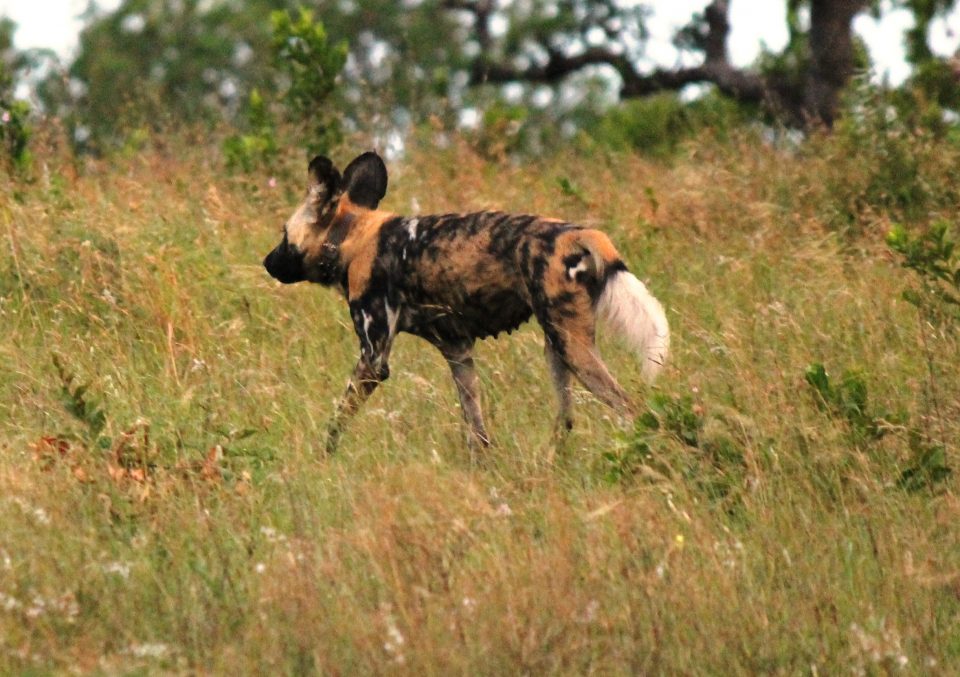 Thandazile and Thandifa’s pregnancies not only mean that there are soon to be more wild dogs in uMkhuze, they also signal an important turning point in the lives of the 2013 litter. These wild dogs will soon be forced out of the life of a pup and be absorbed into the adult hierarchy. The arrival of the new pups for the uMkhuze wild dog pack may trigger them to start wandering. The brothers and sisters may soon head off in separate groups in search of matching groups in order to find new packs of their own, while other pups may choose to stay with the pack for the rest of their lives.

It’s no secret that “Uncle Cole” would love to have the uMkhuze wild dog pack united forever but for the well-being of ongoing growth in the African wild dog populations, certain pups will have to leave in the hope that they will start a new pack of their own. New challenges may arise along the way and it will be significantly harder to keep track of the uMkhuze wild dog pack if they decide to leave the reserve BUT that’s conservation and it’s up to us as humans to ensure these dispersions go as smoothly as possible. Two independent groups of young wild dogs meeting and starting a pack of their own is nature at its best and that there is the end goal that we need to keep pushing for.

For now though, we are enjoying the privilege of being around this fearsome family of 17 and hope that all goes well with the birth of the 2014 litters.