It has been a particularly tricky month in terms of trying to balance the immensely frustrating aspects of Wild Dog conservation with the humour and positives, which keep us all going when we need a reminder of why we do this.

The good news is that the Wildlife ACT monitors at Tembe Elephant Park recently reported a sighting of six Wild Dog pups with the pack. This follows on from the other positive recent sightings in both Madikwe and Pilanesberg in the North West province where pups which were thought to have been killed are mostly still alive and well. There is also the news that the Korean city of Suwon has opened what it says is “the world’s first toilet theme park”. According to the BBC the “Restroom Cultural Park has a museum displaying Roman style loos, European-style bedpans, and ancient Korean flush toilets, as well as fun facts about human waste and a sculpture garden dedicated to squatting figures”. It appears the Koreans can often be relied upon for some good internet-worthy news to lift the spirits when we are at our most frustrated.

The testing aspects of all our collaborative initiatives (and in this I include the many stakeholders from reserve managers to conservation organizations) are often distilled into context on occasions like the recent breakout of a pack of Wild Dogs from Hluhluwe-iMfolozi Park. In many cases Wild Dogs leaving a protected area results in little more than logistical frustration and some additional expenses at trying to get them back into the reserve. On rare occasions the game changes dramatically; most noticeably when there is conflict with livestock. In the case of Wild Dogs, and certainly in a Zululand context, conflict most likely involves goats. The scale of the conflict increases the scale of frustration and the pressure which develops to return the situation to “normality”. In the most recent case the mobility of the pack, movements through the night, the packs’ proficiency at thwarting the capture efforts of skilled and experienced staff, the difficulty of pinpointing the animals in the thickly vegetated valleys then the subsequent rapid forays they made into the open fields past scatterings of houses, and the abundance of freely roaming naïve goats led to a prolonged collaborative effort to return these animals to the reserve; an effort unmatched in recent years. 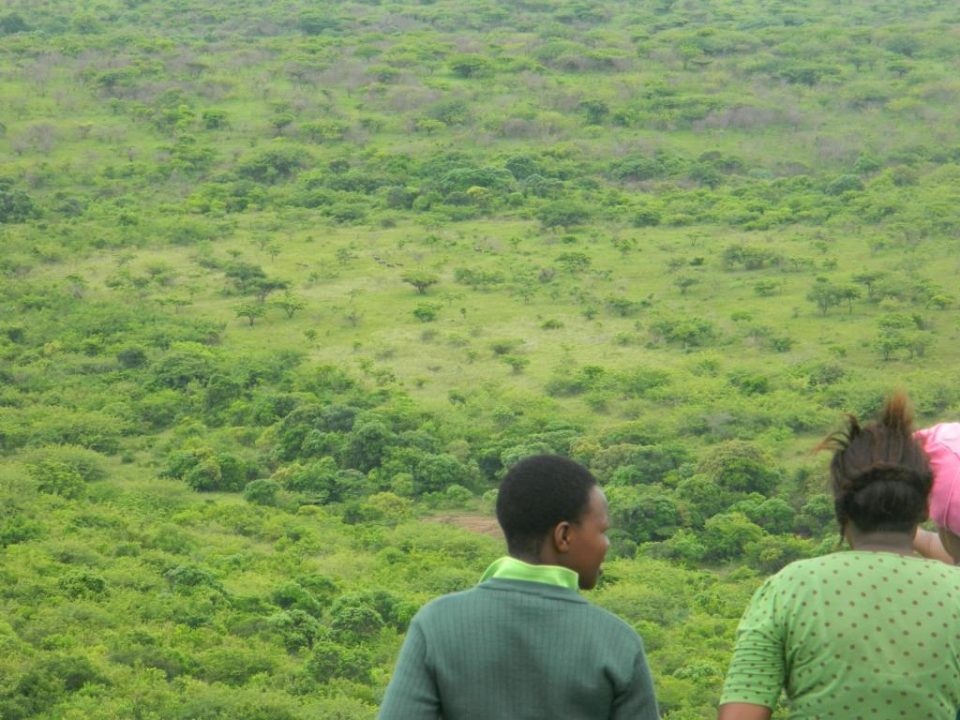 Looking at Alfie’s pack on the outside of the reserve 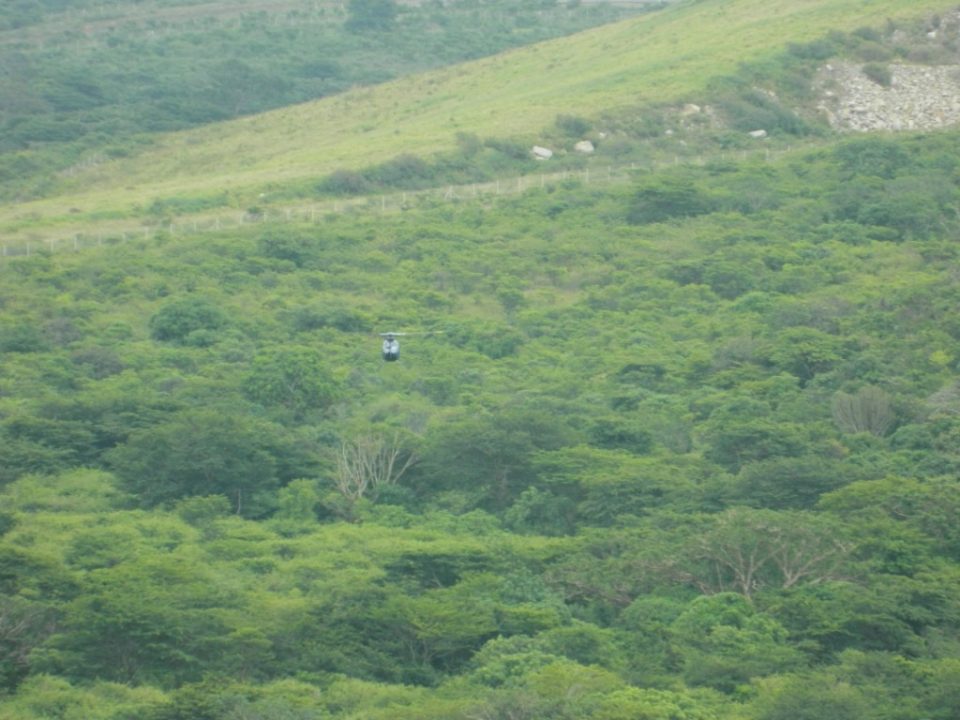 Navigating round Somkhele Mine

The longer the pack remained defiant to the idea of returning (forced or voluntary) the greater was the threat of the potential destruction of the pack.  How to balance that prospect with the conservation needs and finances for the packs which had “been good and stayed where they should” weighed on many minds. Why the pack was so determined to stay out the reserve was debated at length. Fortunately through the commitment of among others, Zama Zwane (the Ezemvelo KZN Wildlife Wild Dog monitor for Hluhluwe-iMfolozi Park) and Helicon, and the availability of EKZNW and EWT-Bosman Emergency Response Fund financial backing, once terrain and conditions allowed, the pack was finally herded skillfully from east of Somkhele Mine back into the reserve over a period of two draining and anxious days. 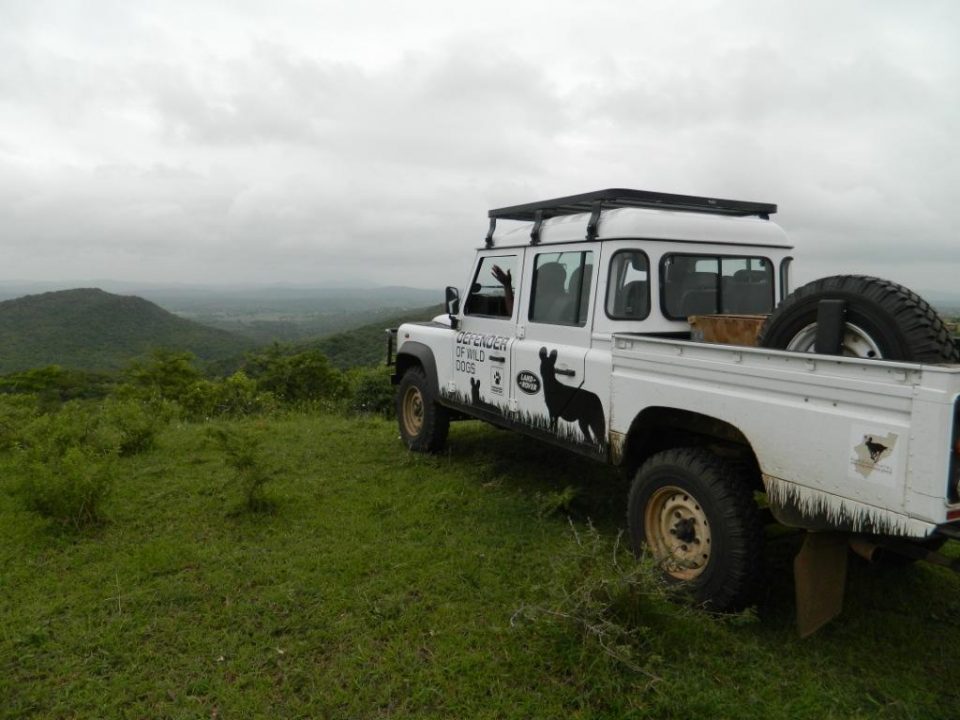 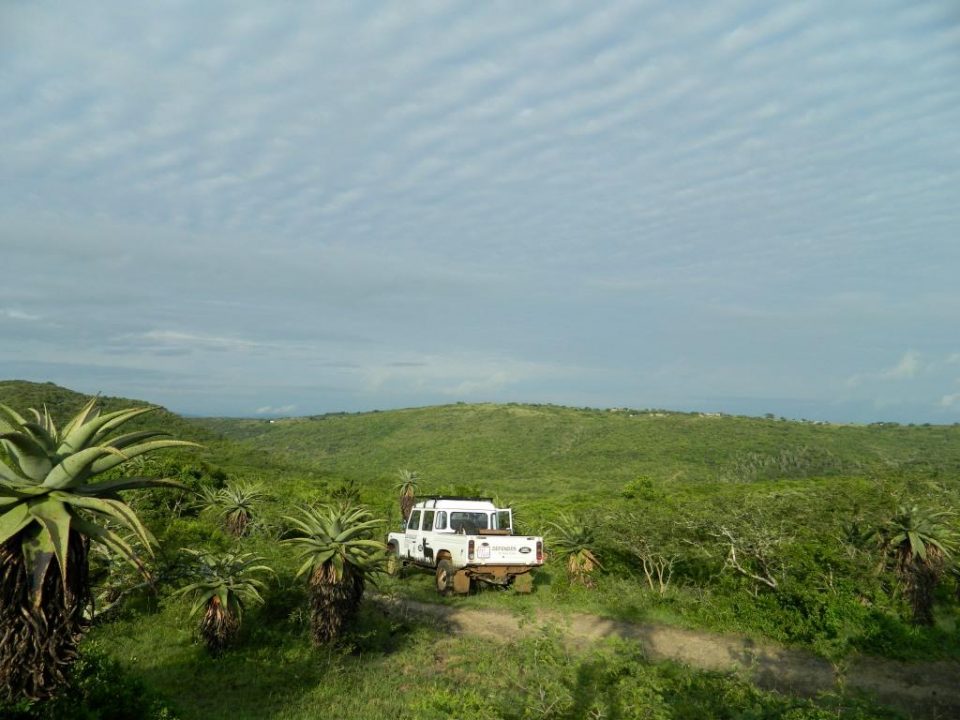 That valley they wouldn’t leave