African Wild Dogs could be described as the antithesis of linear. Their complex social dynamics, their sleek cursorial design and their semi-nomadic, fluid approach to the broader landscape are in direct contrast to the human approach of infrastructure development through hardened, static, linear boundaries, such as those imposed by roads and fences. Wild Dogs, like many wide-ranging carnivores, survive at comparatively low population densities, and their prey requirements often leave them vulnerable to persecution, reduced food availability and the fragmentation of prey populations and habitats. It also fuels debates and arguments about consumption, responsibility, financial impact, perception, tourism value and influences on a landscape in conjunction with other predators. 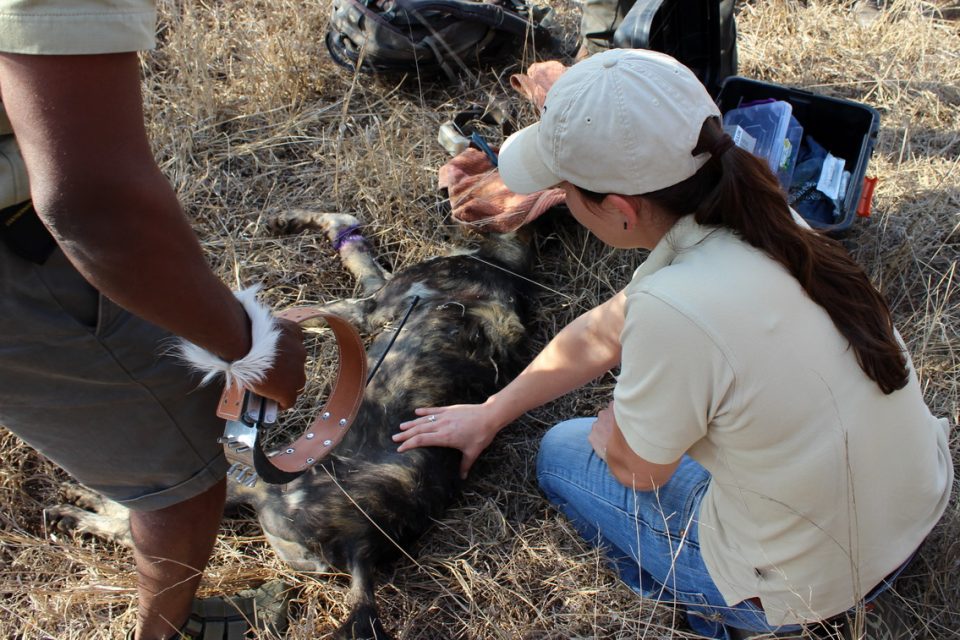 One would intuitively think that South Africa’s rarest carnivore, a social and highly animated one, would be sought after by game reserves with tourism based economies, despite the associated management challenges. But what is the tipping point between “welcome to stay” and management headache? How much prey consumption can a reserve really sustain and at what point is that consumption costing revenue rather than generating it? Does it more often than not distil down to perceived liability and cost-benefit; the old adage of “if it pays it stays”?  How much of a financial hit can a reserve take before financial considerations override conservation ambitions? Can a balance be struck where all parties concerned find a sustainable compromise? At what point is management intervention in a population, whether on 5 000 ha or on 2 000 000 million hectares considered justifiable or necessary? Does patting an animal in a fenced enclosure really go any way to saving that species? Would that line be different if one was dealing with Elephants or Lions or Wild Dogs? These questions go far beyond the quaint and idealistic perceptions often presented as “conservation” in the media. This is often where conservation is debated; at times heatedly.

What we need to determine is if finances really are the only consideration, irrespective of private or state ownership of the land. If they are, is that a feasible consideration for Wild Dogs, or will it ultimately result in them being removed from our landscape? Can management adapt to become more flexible across hard boundaries or will it remain the case that Wild Dogs and other high profile species are welcome on one side of a fence but not on the other? Can tourism marketing make them a more attractive proposition or is that simply too optimistic?  As a simple exercise, think when you last saw an advert which promoted Wild Dog tourism in South Africa or used the species as a draw card ahead of Lions or rhinos? Have a look through some local tourism magazines and work out in South Africa which reserves actually have Wild Dogs. Think about whether you would head to a reserve to see Wild Dogs or whether it would enhance your day of game viewing if you had a “Big 5” day or you didn’t? Consider how big you would think “big enough” is for a reserve to hold one pack of Wild Dogs or more.

In South Africa the saying that “good fences make good neighbours” underlies an approach to partition land into defined, intensively managed units, frequently disrupting and fragmenting habitats. Deterioration in the connectivity of landscapes can isolate sub-populations and reduce viability, thereby increasing the risk of local extinctions, with consequently increasing management challenges within remaining populations. We need to determine realistically how much further forward we can really push the boundaries of conservation, cooperation and landscape connectivity.

If any readers observe Wild Dogs outside of protected areas, please note the location of the sighting, whether the animal is wearing a tracking collar and identify, or ideally, photograph any characteristic markings. Please notify Brendan Whittington-Jones on 072 992 9483 or brendanw@ewt.org.za