On the 3rd of June 2013, Chris Kelly managed to dart the last two Wild Dogs of the pack from Thanda Private Game Reserve, South Africa. After 23 days, the alpha pair nicknamed Skye and Stitch, were finally back with the rest of the pack in the boma. The pack has spent less than 40% of their time on Thanda’s property so it was decided that the pack should be moved to a much bigger reserve, called Tswalu, in the Kalahari which is more suited for this specific pack.

On the 29th June, Chris Kelly (Wildlife ACT Fund), Brendan Whittington-Jones (EWT) and Dr. Mike Toft (the vet), all helped to dart the pack of 12 dogs in Thanda’s boma. They were then kept sedated while deworming medicine and anti-tick/flea control were administered. They had blindfolds on to cover their eyes and then they were driven to Mkhuze town airstrip. Once there they were loaded into the King Air (sponsored by The Bateleurs) they were flown 2.5hrs to their new home in the Kalahari.

For those of you who’ve joined Wildlife ACT on Thanda Private Game Reserve, you’ll know the trials and tribulations that we’ve experienced with this pack of endangered African Wild Dogs.

It’s been a long journey and we thank Wildlife ACT’s monitor, Michelle Wildlife-Act, for her patience, dedication and perseverance. She is the true champion in this story. We hope they settle into their new home quickly and enjoy the space that it will give them. 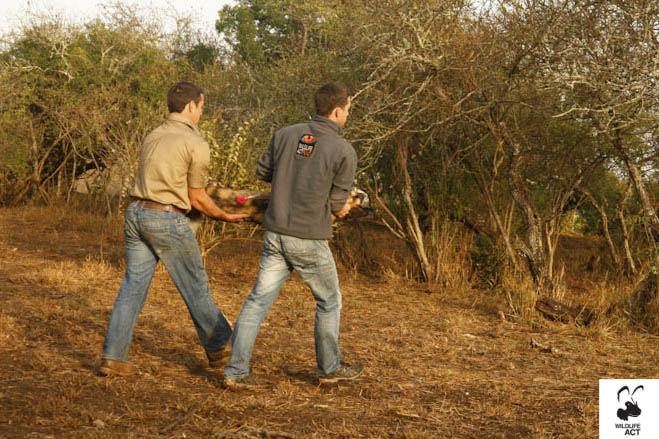 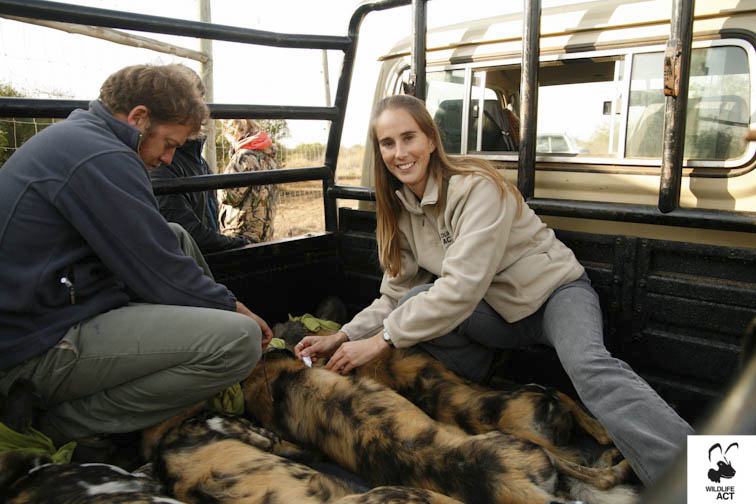 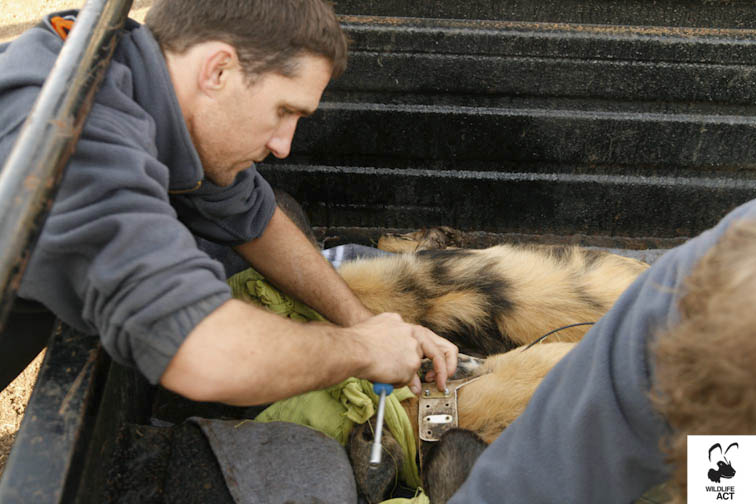 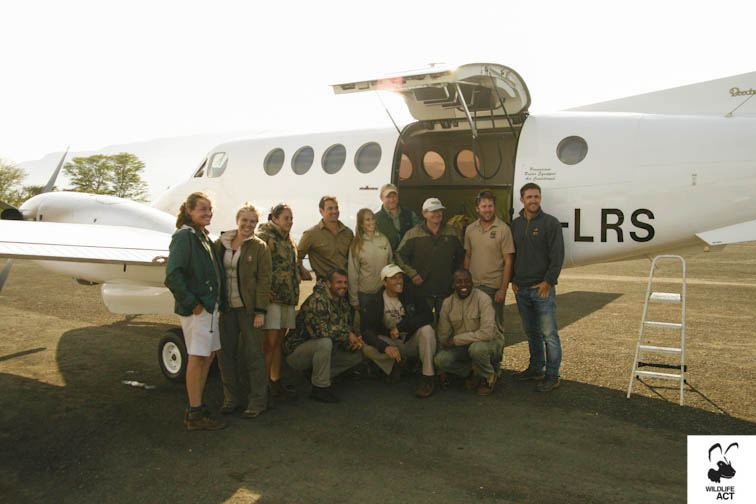 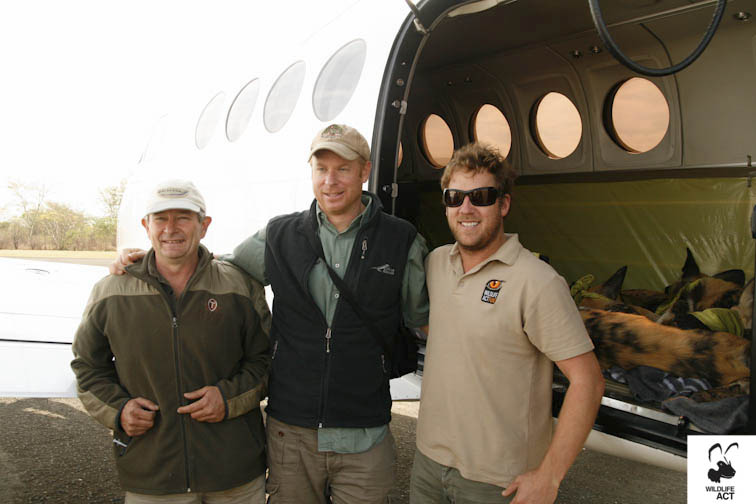 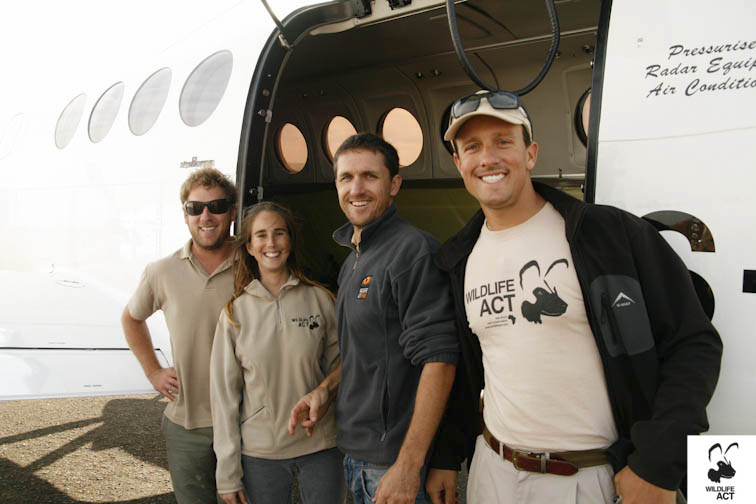 This relocation is made possible by the collaboration between Wildlife ACT, Thanda Private Game Reserve, Tswalu Kalahari, EWT, The Bateleurs, Mike Toft and the Wildlife ACT Fund.