Due to the fact that impala are so common, they don’t get nearly enough of the attention they deserve. These gregarious fawn-coloured antelope are graceful and agile, equipped with impressive athletic skill, vital for escaping danger.

When a predator is spotted, a herd will scatter in many directions, sometimes stotting and pronking to great heights with tremendous speed. It’s not easy being the primary prey species for such a variety of predators – impalas must be on constant lookout, especially during lambing season.

In South Africa this happens sometime between October and January (summer) when grass is green and water is plentiful. Interestingly, about 90% of all impala lambs are born within a short period of 3-5 weeks, their births are synchronised to reduce the mortality of young ones to predators.

On a recent monitoring session in Zimanga Private Game Reserve (South Africa), the monitors and volunteers were absolutely thrilled by the sight of a newborn impala lamb taking its very first steps. While animals like lions and leopards are born completely helpless and dependent, antelope species are precocial and they are able to stand within just a few minutes. The wet, wobbly youngster couldn’t have been more than ten minutes old and utterly adorable.

We all held our breaths, willing the little one to succeed in his first attempts to stand. His stick legs and tiny knees were trembling as if they could snap in half at any second. After a few clumsy tumbles and gentle nudges from Mom he was on his hooves. It seemed just seconds later and he began determinedly searching for a teat. At first he struggled to figure out which side to search on, but Mom held up her back leg and he soon figured it out. While the baby impala suckled, the mother began eating the afterbirth, an instinctual act that is nature’s way of removing the scent from predators. Animal instinct is an endless wonder! 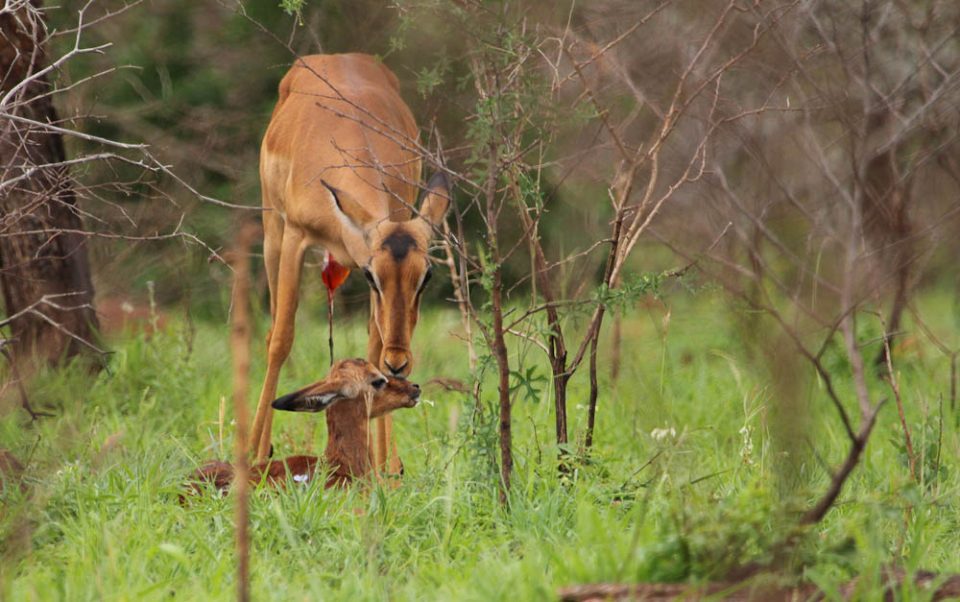 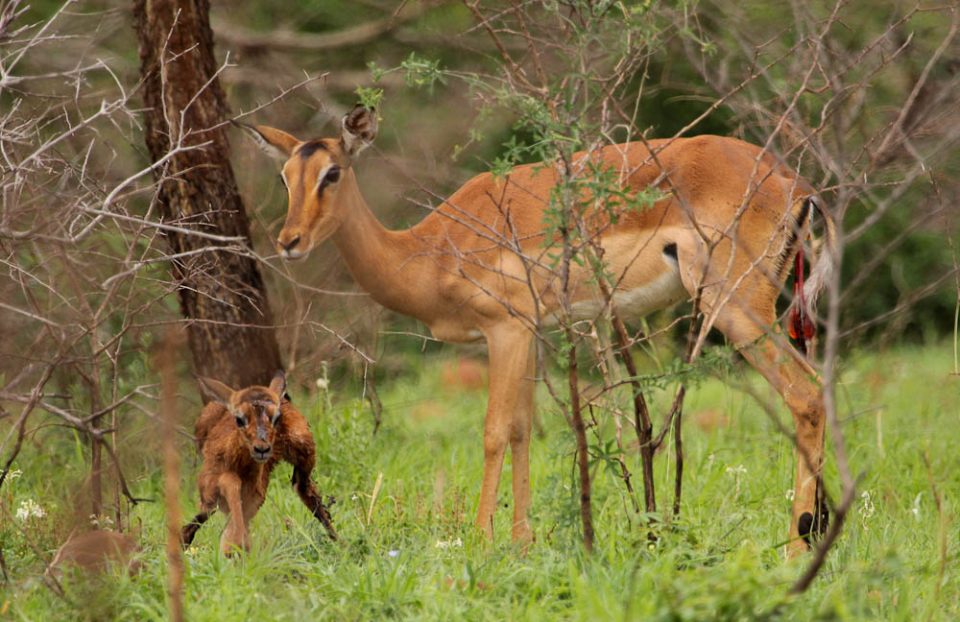 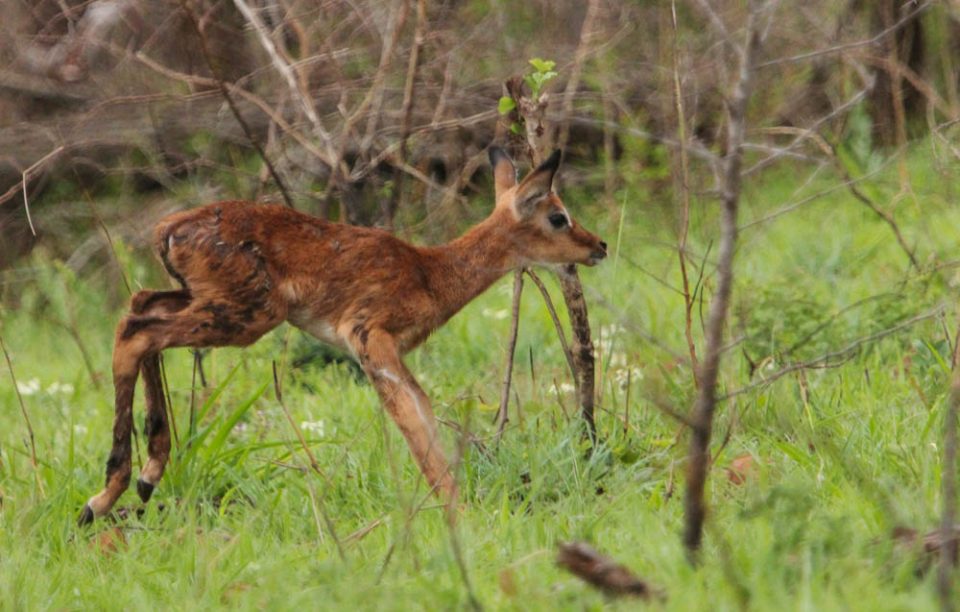 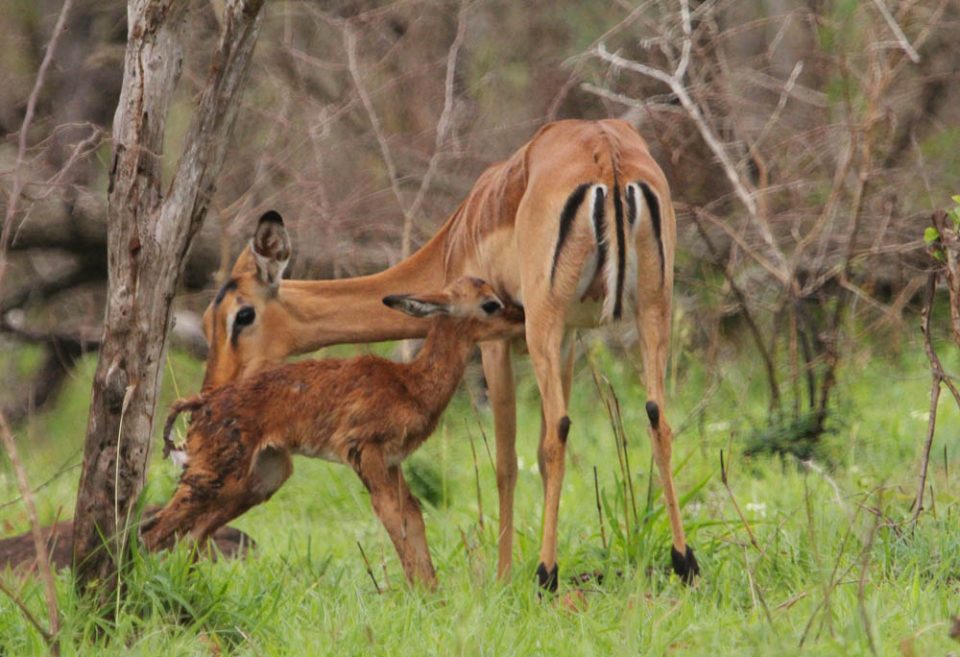 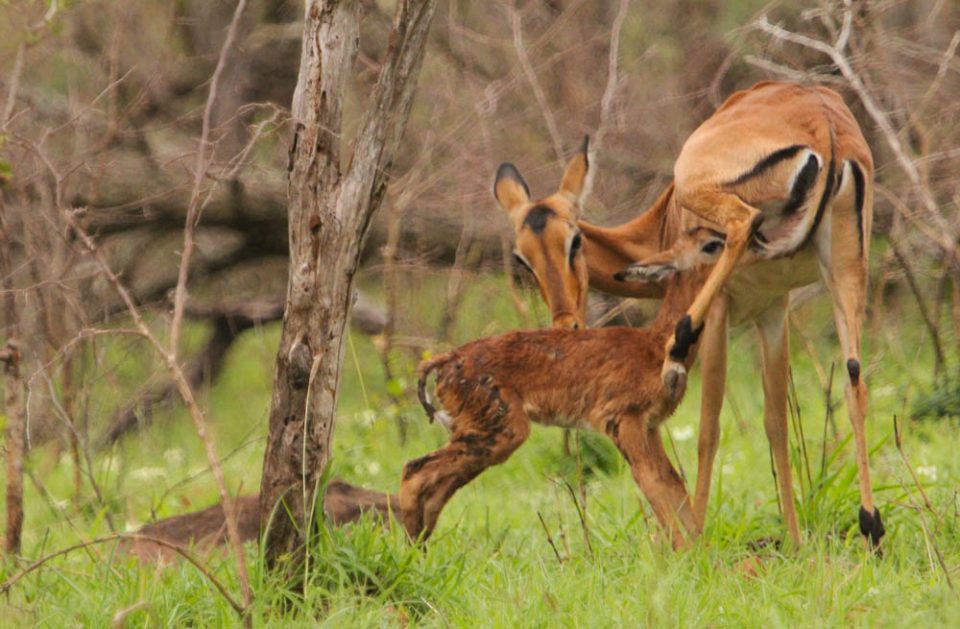 During lambing season, impalas form temporary nursing groups, tended to by a few adult females. Lambs will associate with their mothers during suckling but spend most of their time in these nursery groups. Vulnerable newborns, however, are left to lie on their own. They are perfectly camouflaged and protected from predators as they blend into the long grass. Mothers will return to their babies for feeding but won’t hang around for too long in case this attracts unwanted attention.

The whole experience was a great privilege and this did not escape us for a second. We had witnessed a private, intimate event – a bushveld miracle – or as Mufasa would say in The Lion King: a new link in the Circle of Life.

Why Monitor an Endangered Species? Why Interfere?
27 Sep 2017

How to single-handedly load an impala carcass
22 Apr 2015