When we’re out monitoring wildlife, we use different types of wildlife tracking techniques. One of them is looking at the animal tracks, which our wildlife volunteers help us find. It’s exciting to find footprints while out in the bush – a sign that an animal has been there. It is always best to look for tracks in the early morning or evening so that the angle of the sun can make them more visible. Wildlife tracking takes quite a while to master, you just have to practice and observe the world around you. 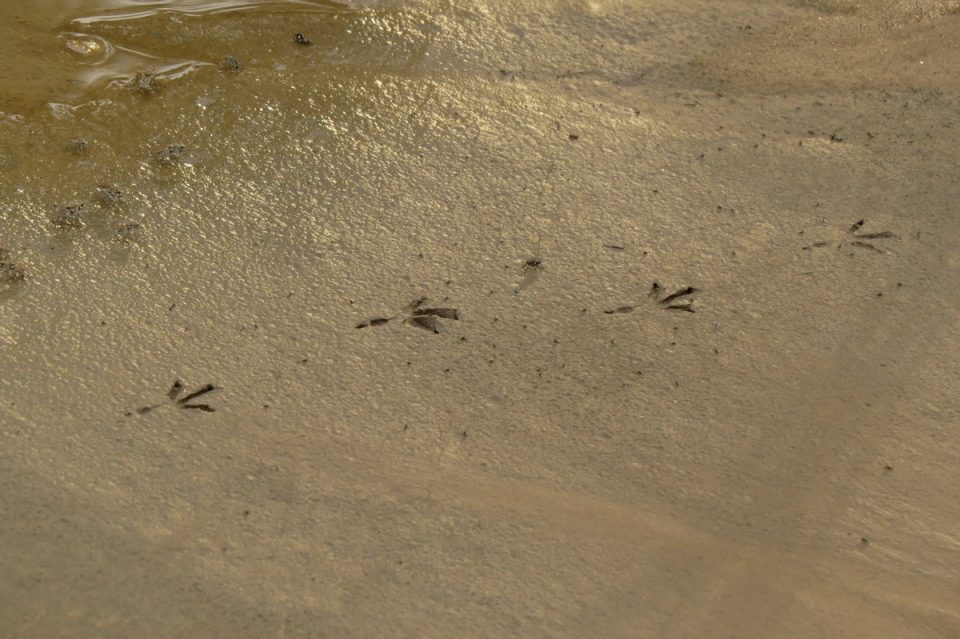 Wagtail tracks at the waters edge

Every animal has distinct tracks, such as these clearly defined small tracks with long three front toes and an equally long back toe on the waters edge, that indicate a wagtail was here not to long ago.

If you know what to look for in wildlife tracking you will be able to tell, not only what type of animal could be nearby but also have some idea of when the animal was in the area.  Fresh tracks mean that the soil is tightly compressed and they have a distinct outline. Otherwise weather and other factors such as insects and smaller animals could have caused the tracks to age, meaning that the boarders may have collapsed or smaller footprints may appear over them. This would all indicate that some time has passed since the animal created the track.

When wildlife tracking and looking at a track in order to identify an animal these are some of the things you need to look for:

Have a look at these: 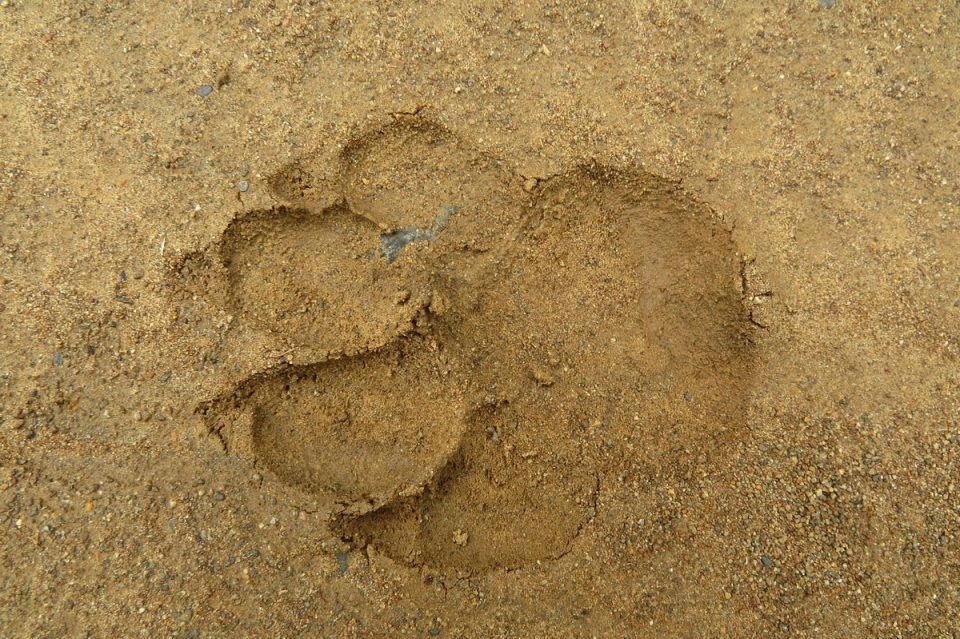 This hyena track has two lobes on the main pad and the toes fit very closely together. This would be different from another large mammal such as a lion which has three lobes at the pack of the main pad and the toes are visibly separate. Here we can see that the claws are quite apparent as hyena, unlike lion do not have retractable claws. The footprints of a hyena usually measure about 11cm and the front feet are usually bigger than the back feet in order to support their stronger and heavier forequarters. 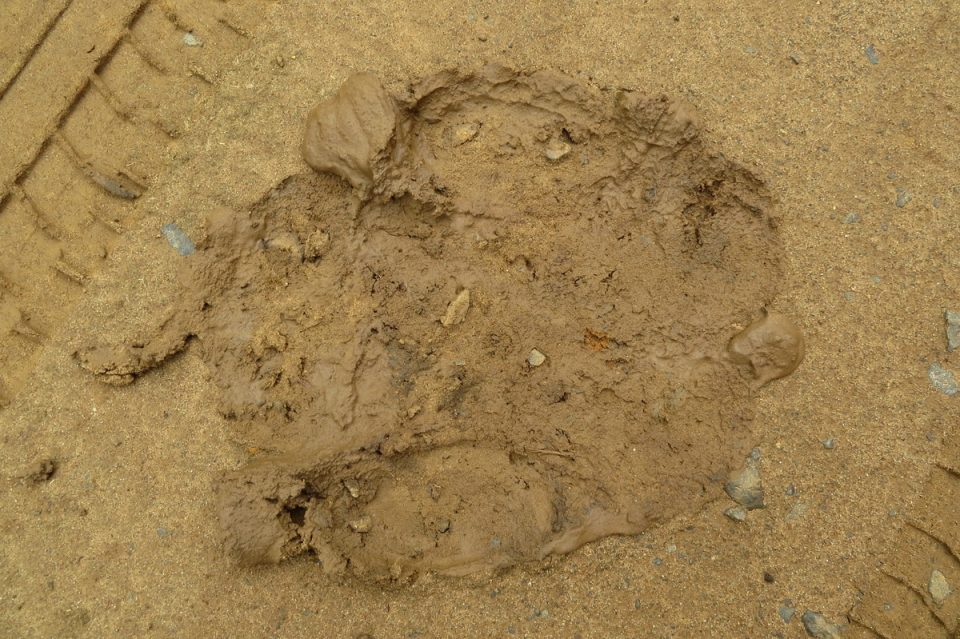 Here we have a very muddy rhino footprint, which can differ in size from black to white rhino. The white rhino is usually bigger measuring at about 30cm where the smaller black rhino track would only be about 24cm. Rhino tracks are distinguished by the visible clear three toes and the back of the foot that has a ‘w’ shape. Being such heavy animals the cracks in their feet are often seen in their tracks.

These are just a few pointers on wildlife tracking and how to identify different animal tracks. If you are interested in tracks and signs of the bush there are many books you can buy to help you identify them: