A boma is traditionally known throughout Africa as an enclosure, stockade or fort used to secure and protect people’s livestock. But a boma can be used for wildlife conservation too – and in fact has many different purposes. 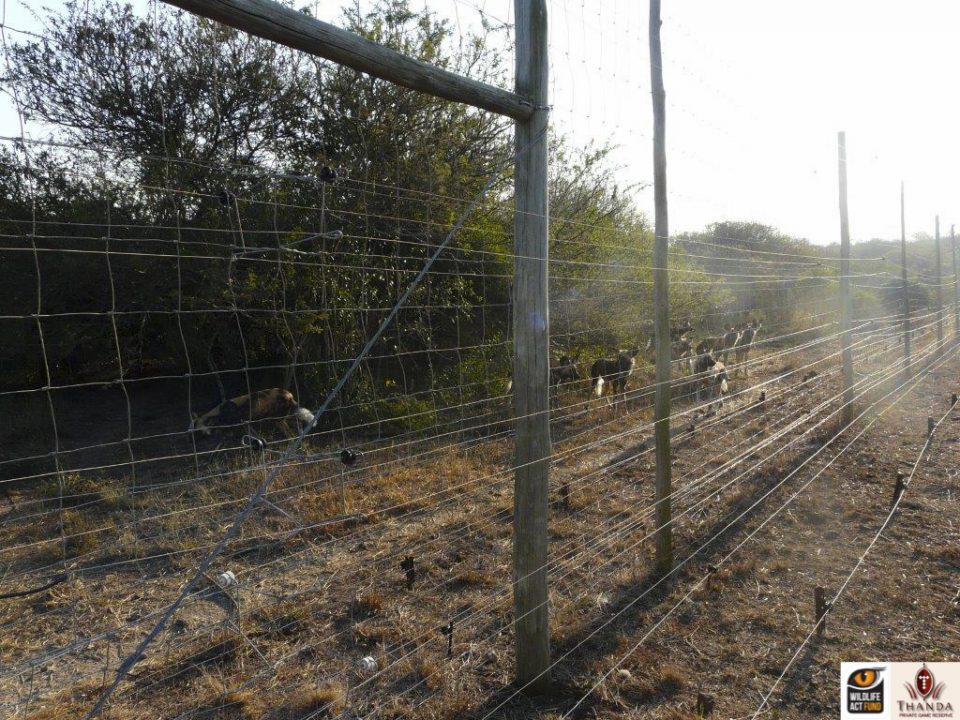 WHAT IS A BOMA USED FOR? 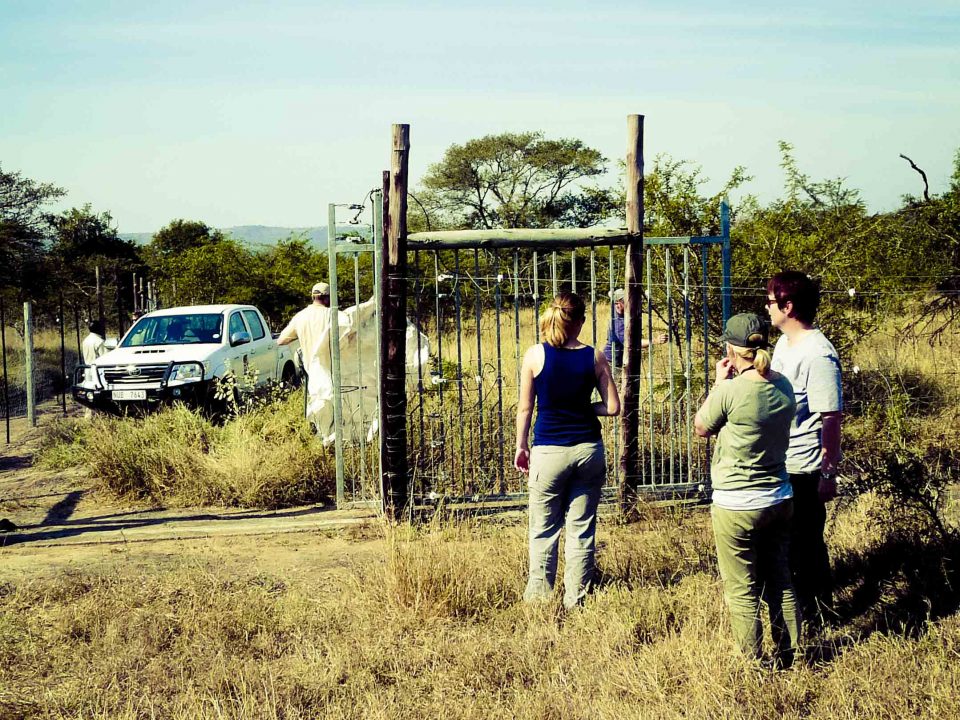 One of my jobs in the last couple of weeks has been helping with building a boma that Wildlife ACT is contributing towards. Like many other people, I figured how hard could a boma be? Isn’t it effectively just a fenced-off piece of land in isolation in a reserve? Well the answer is “NO” and I’ll tell you why. When dealing with Africa’s beautiful beasts, be it the African Wild Dog, Cheetah, Lion or Elephant – the construction and design of a boma is vital. I’ll take you through some examples as to why. 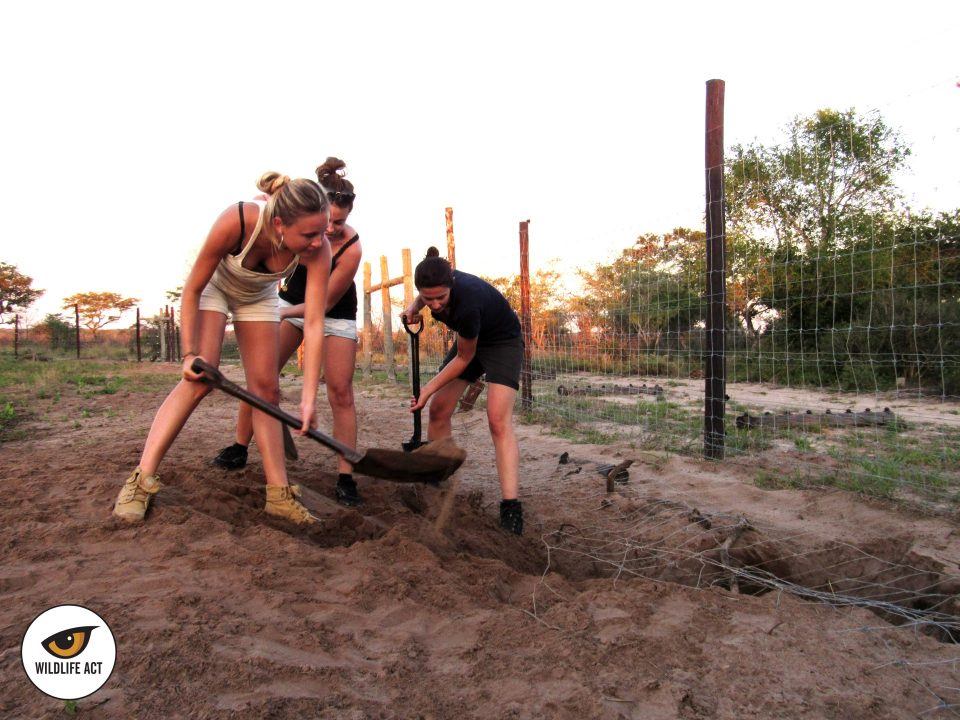 An Elephant male can weigh up to 6 tons. Fencing alone cannot stop an animal of this size. Putting up several strands of electric fencing on the inside perimeter of an enclosure is therefore crucial. Because a boma is usually in an isolated area, a solar panel is usually needed to supply the electricity needed to sustain a high and reliable voltage output.

African Wild Dogs are very good at digging. Though there is electric fencing running within the perimeter of a boma, an African Wild Dog can quite easily dig under this and escape. We therefore have to dig a trench on the inside perimeter and lay skirting or wire meshing down to prevent the dogs from digging their way out. 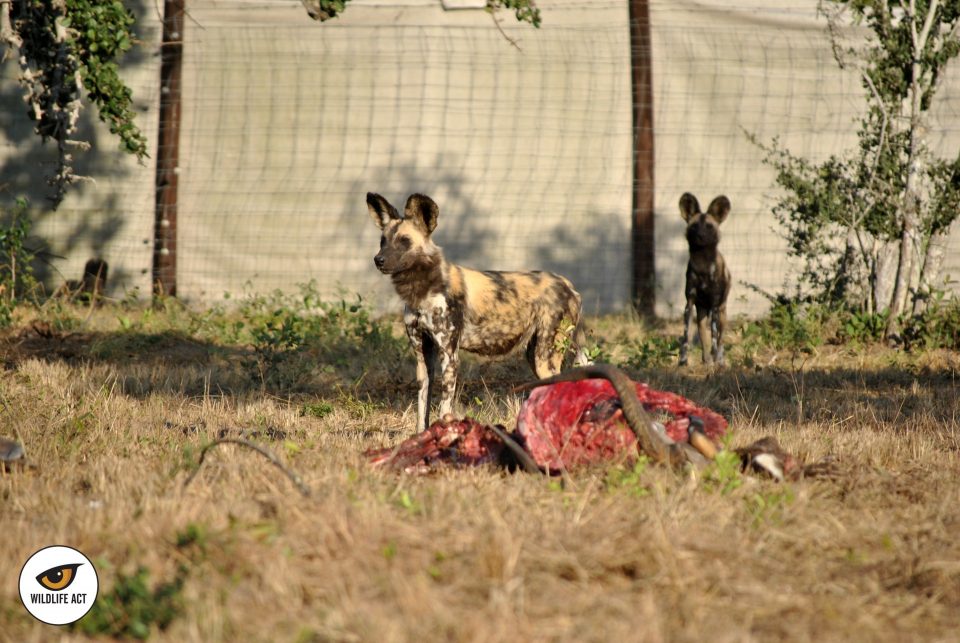 Cheetah have the ability to jump very high. This means we need a high enough fence to ensure they stay in the enclosure and don’t escape.

With Lions the challenge comes down to feeding them. The last thing you want is a Lion associating a human as their food source… for obvious reasons. You therefore want a sail that runs around the section of the boma so when the vehicle approaches with the food, the Lion doesn’t link it to the vehicle. You then need a large steel see-saw mechanism to get the food over the fence. This allows you place the food on the mechanism outside the enclosure and winch it up until the food slides down and into the enclosure.

Hyaena. Well, we don’t often need to put Hyaena into a boma, but we do need to remember that with all the carcasses being deposited inside, the smell is going to attract scavengers such as Hyaena. A Hyaena getting in could therefore be risky – particularly to smaller predators such as African Wild Dogs and Cheetah. Territorial Lions, African Wild Dog or Cheetah are also a cause for concern, so having a strong and electrified fence is detrimental, particularly when you have two sworn enemies separated by a fence. 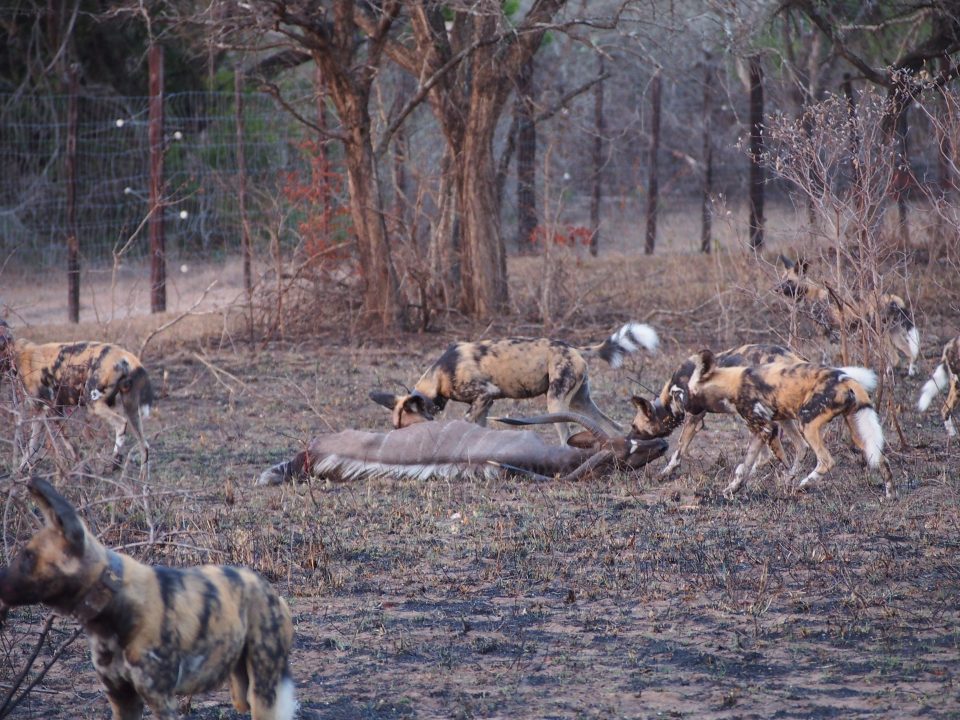 WATER AND OTHER CONSIDERATIONS

Other things that need to be considered include water. Generally the best means of storing water nearby is through the use of a water tank. You can either pump water into this tank or use a water truck to fill it up. It is very important to secure this water tank to prevent Elephants outside the boma coming in and breaking the container or piping to access the water. A waterhole is also a necessity. Giving the animals a pond to play in or cool down in is ideal – particularly in the summer months. 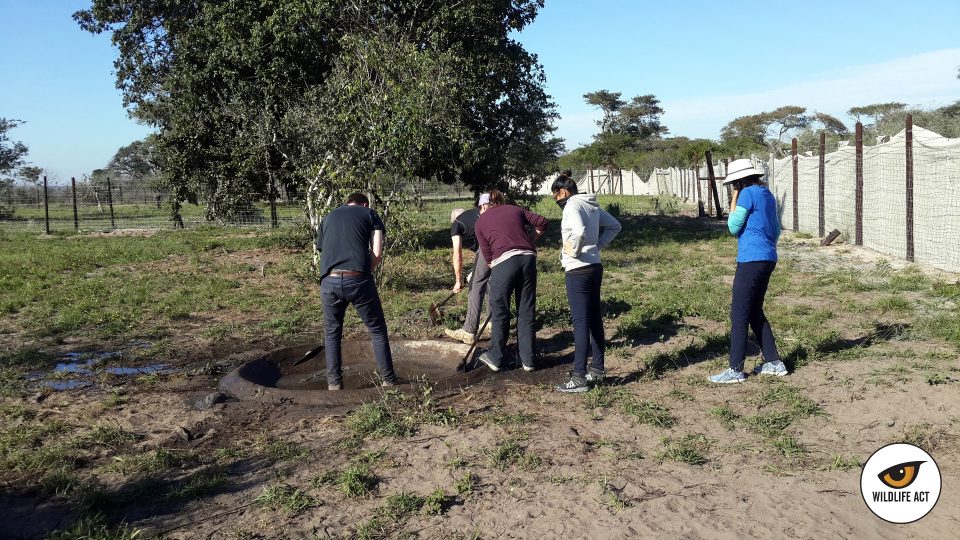 So yes, in a snapshot a boma simply looks like a fenced off piece of land in the middle of nowhere, but from a conservation management context, a correctly constructed enclosure has proven to be very handy indeed!

Our Conservation Work Focuses on the Following