Any predator sighting is exciting on its own, but this week the iMfolozi team witnessed an intense drama unfold between three formidable species. When the team arrived on the scene a male lion was feeding on an adult female buffalo and a spotted hyena was sneaking around in the background, hoping for a free meal. However, the scene was relatively quiet so we continued on our morning monitoring session. 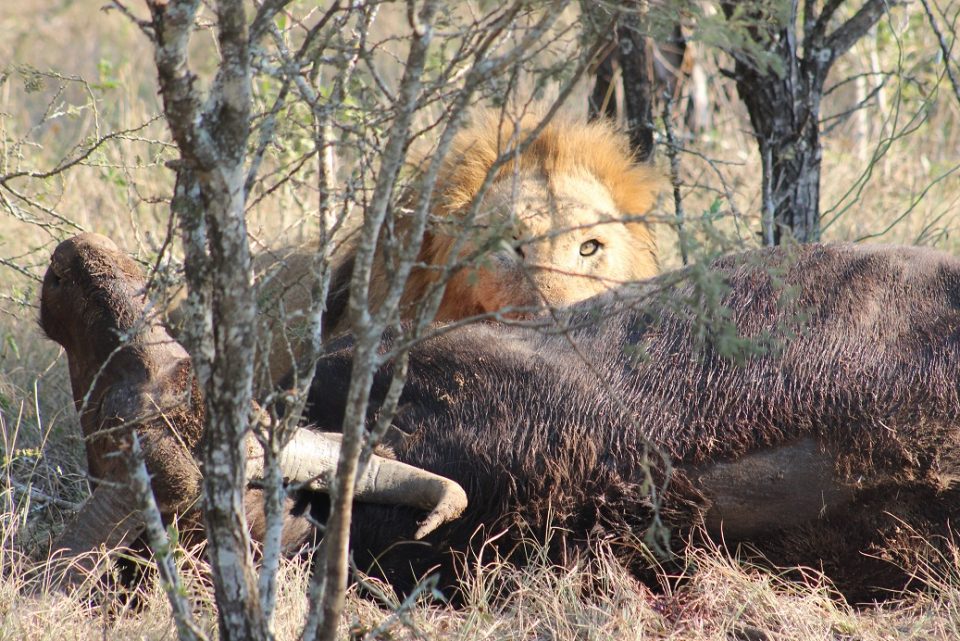 When we returned in the afternoon, the lion was napping by his kill, while across the road the hyena terrorized the newly orphaned buffalo calf. The cries from the calf roused the lion, who chased the hyena off and then made quick work of the calf. After feeding on the calf, the lion groomed his paws a bit and promptly rolled over to resume his nap. 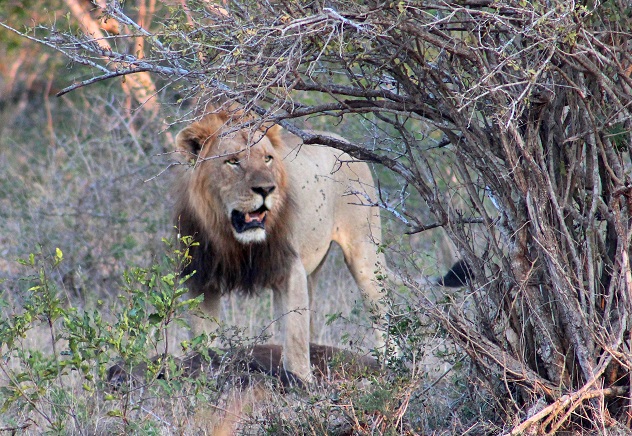 It was a harsh and honest spectacle of nature, no one could write drama like this.

Lion are considered as a formidable species as they are the second largest feline predator in the world behind the tiger. These massive animals can weigh between 130-200kgs and reach from 110-120cm at shoulder height. Male lions are slightly bigger than the females and yet will generally only live for 10 years to the female’s lifespan of 10 to 14 years.

VOLUNTEER IN AFRICA WITH WILDLIFE ACT