For antelope species, fighting is a common way of determining dominance.  Reproductive competition between male antelope can be intense – it is thus vital that young males spar with each other from an early age to develop the fighting skills they will need later in life. Fighting antelope can be serious, and may even result in death (either from goring or from the horns becoming entangled). If the horns of an antelope are broken, they will not regrow. If the horns are merely damaged, they may continue growing – in an irregular or deformed manner.

The Wildlife ACT conservation volunteers helped wildlife monitor, Cathy Hue, to sift through all the images taken by the camera traps that were in place for the Panthera and Wildlife ACT Leopard Census Project in South Africa. While they managed to collect plenty of leopard data they also found these fighting antelope caught in action. 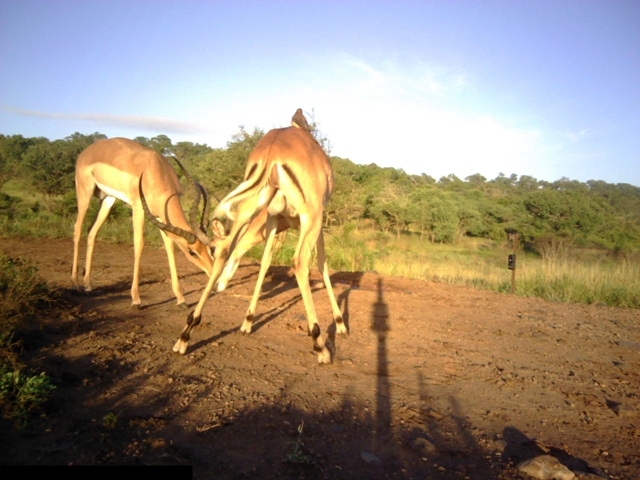 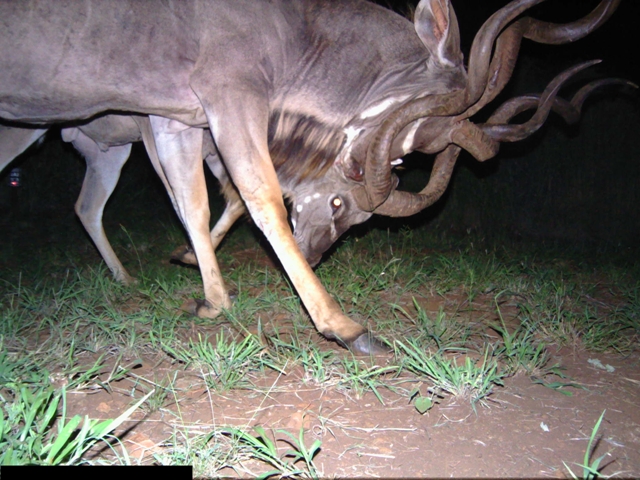 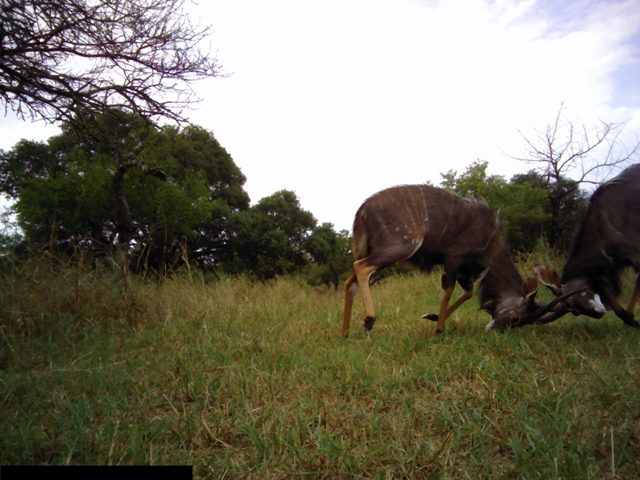