On 16 September 2017, history was made with the introduction of 8 new African Wild Dogs into the northern region of the Kruger National Park. This Kruger Wild Dog release marks a significant addition to the resident population of 250 individuals. 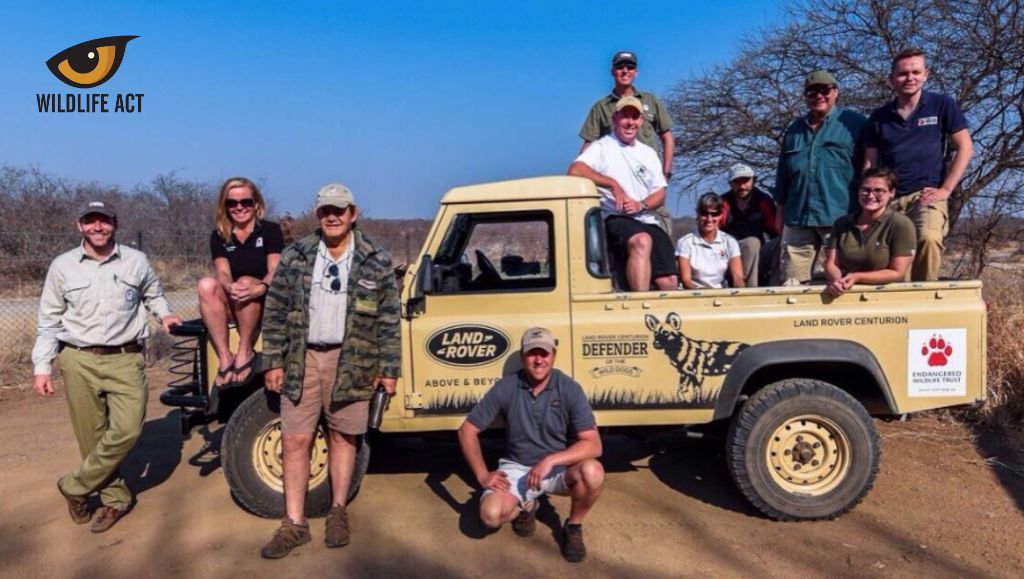 The success of this Kruger Wild Dog release was made possible through a collaboration between the Endangered Wildlife Trust (EWT), Ezemvelo KZN Wildlife, South African National Parks (SANParks), and Wildlife ACT.

We have been excited to share the news about this landmark event, which marks a great success with conserving South Africa’s most endangered carnivore, the African Wild Dog (Lycaon pictus). 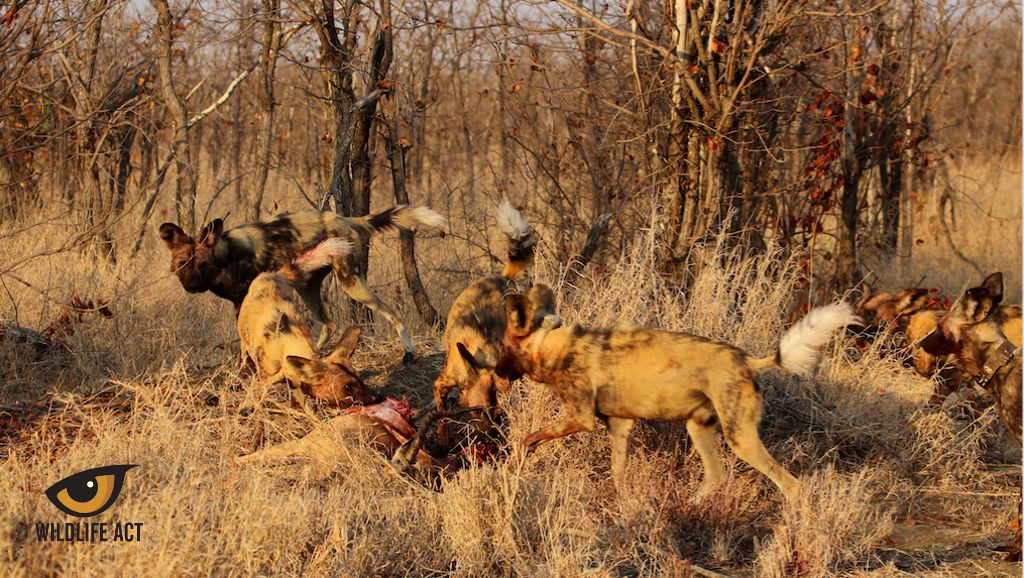 The success of this Kruger Wild Dog release was made possible through a collaboration between the Endangered Wildlife Trust (EWT), Ezemvelo KZN Wildlife, South African National Parks (SANParks), and Wildlife ACT. We are proud to have been able to sponsor all 8 of the collars which will be used to intensively monitor this new pack as they explore their new home. 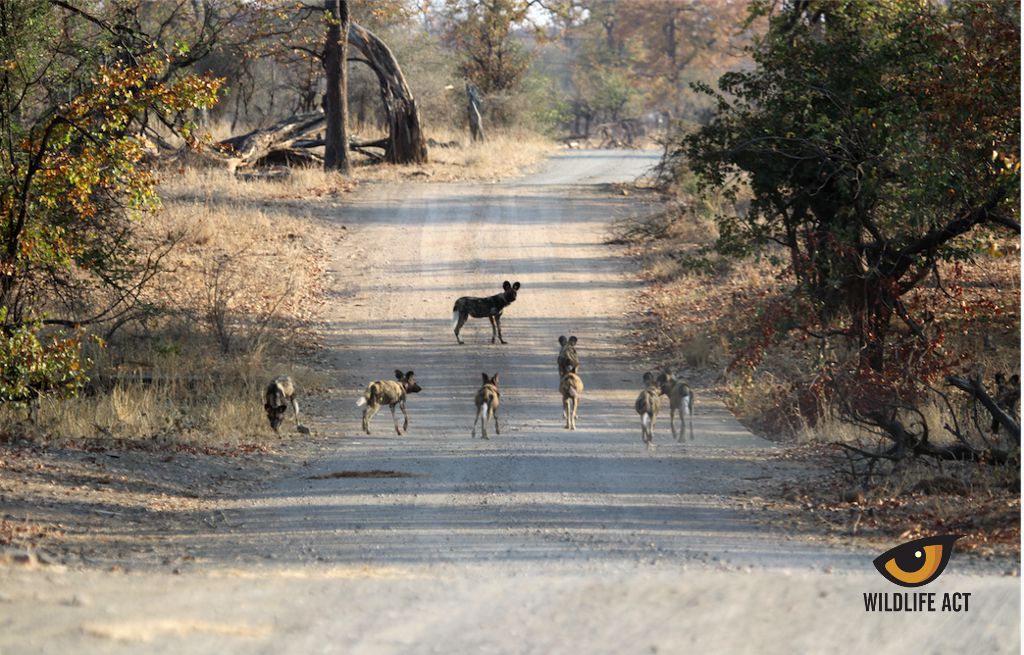 Northern Pack heading off down the road away from the holding boma near Shingwedzi.

This project has been heralded as a first for the Kruger National Park and a major victory for African Wild Dog conservation, so well done to all involved! Below is a short video clip by EWT of the Wild Dogs being released from the boma.

After the pack was released, an incredible event occurred when a lone female Wild Dog in the area joined up with them and now appears to be leading them through their new home range! Not only is this remarkable, but within 24 hours, the new pack had already evaded a pride of lions and successfully made a kill while starting to explore their vast new home.

The intensive monitoring of this pack has revealed that an alpha pair has already formed with a three-legged male (known as Foxtrot) appearing to be the dominant individual and is displaying intense mate-guarding of one of the females. Foxtrot unfortunately lost his leg due to a snaring incident and snares continue to pose a significant threat to this endangered species.