Wildlife ACT monitor, Clinton Wright and his conservation volunteers have just completed some very successful lion call ups in Tembe Elephant Park. During the information call ups, they managed to come across a male lion who we have been trying to find and relocate for almost half a year. This caused them to suddenly spring into action and mobilize a team to catch and move him before he disappeared again. By 21:30 – they had caught and transferred the lion to the boma – one of the smoothest lion call ups they’d have ever been able to do. 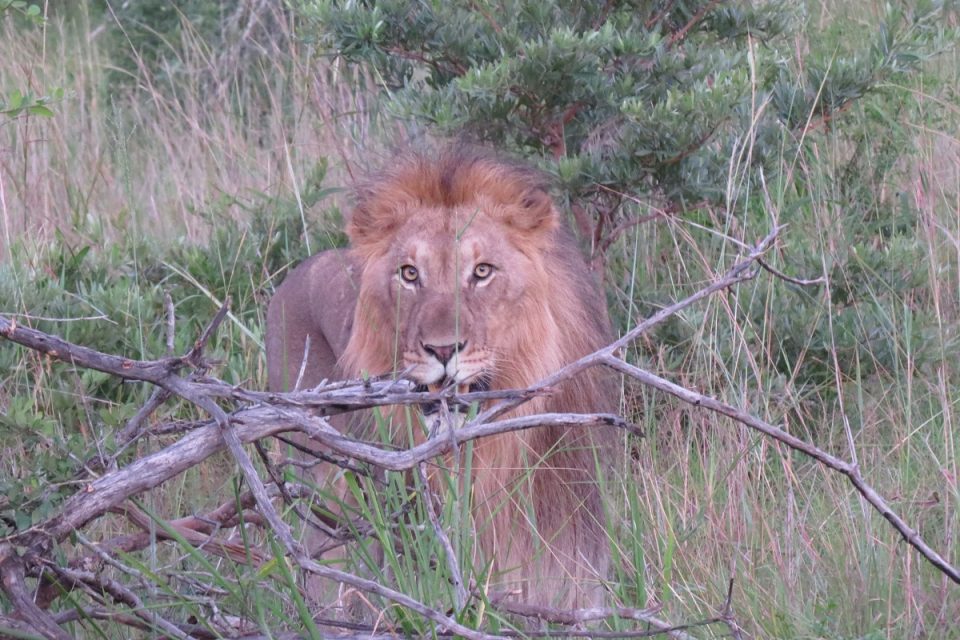 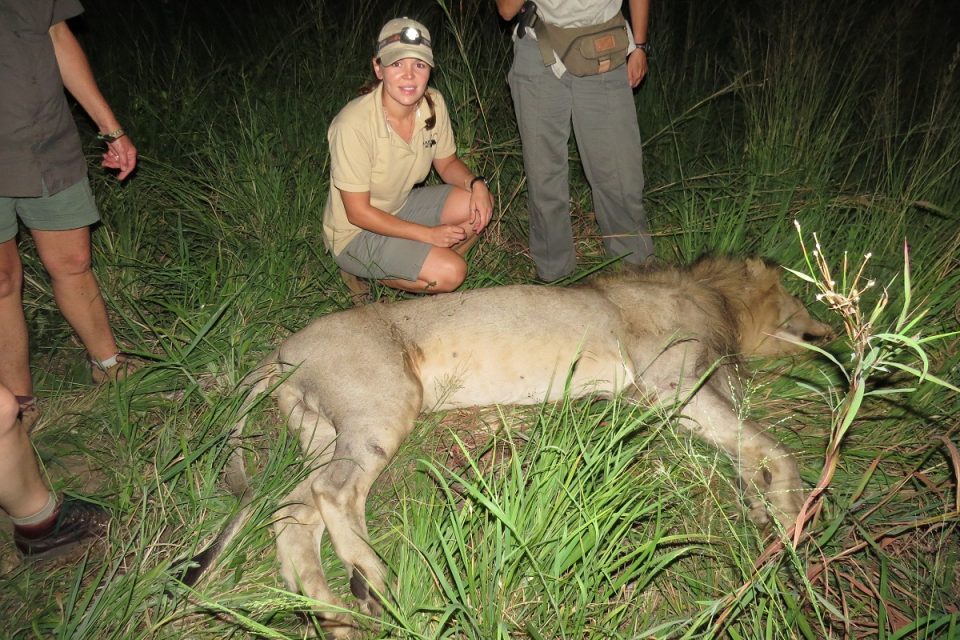 Megan Lategan sits with Ugwadule as he is about to be woken up and released into the boma. The lions are kept in the boma (enclosure) for a few days while Tuberculosis test are done before being transferred to their new home 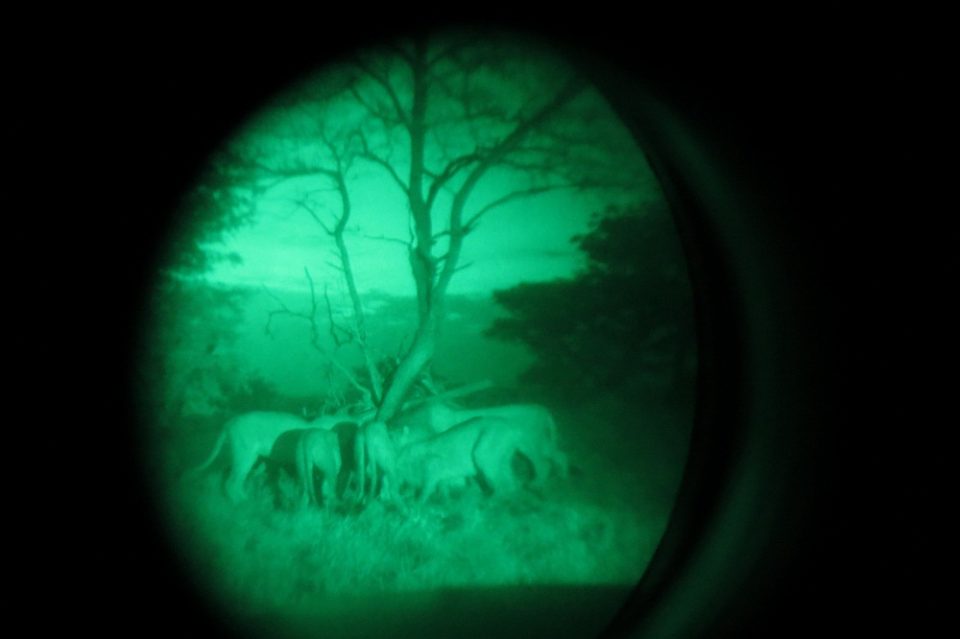 Wildlife ACT and EKZN Wildlife staff on occasion have access to night vision equipment which helps in identifying lions during the late night lion call ups. This picture was taken by Megan Lategan using her camera and the night vision – rather ingenious I’d say! 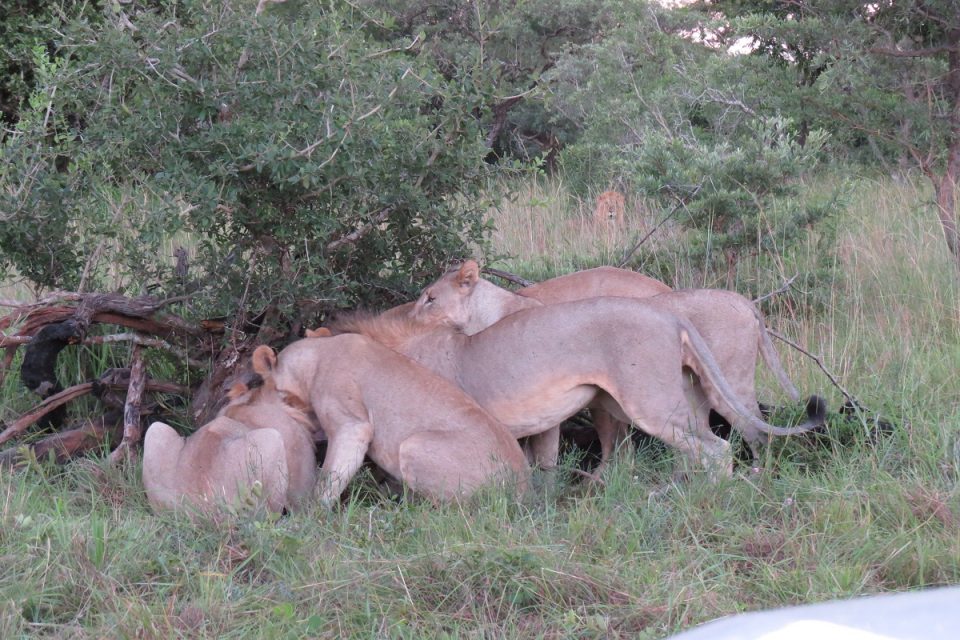 During an information call up for the Northwest pride – Ugwadule, a large maned male we have been tracking for months unsuccessfully – came in. Conservation volunteers Paule Garnero, Debby Pearce, Sarah Scott, Andrew Scott and Lizzie Hide were instrumental in helping us catch him a few days later… 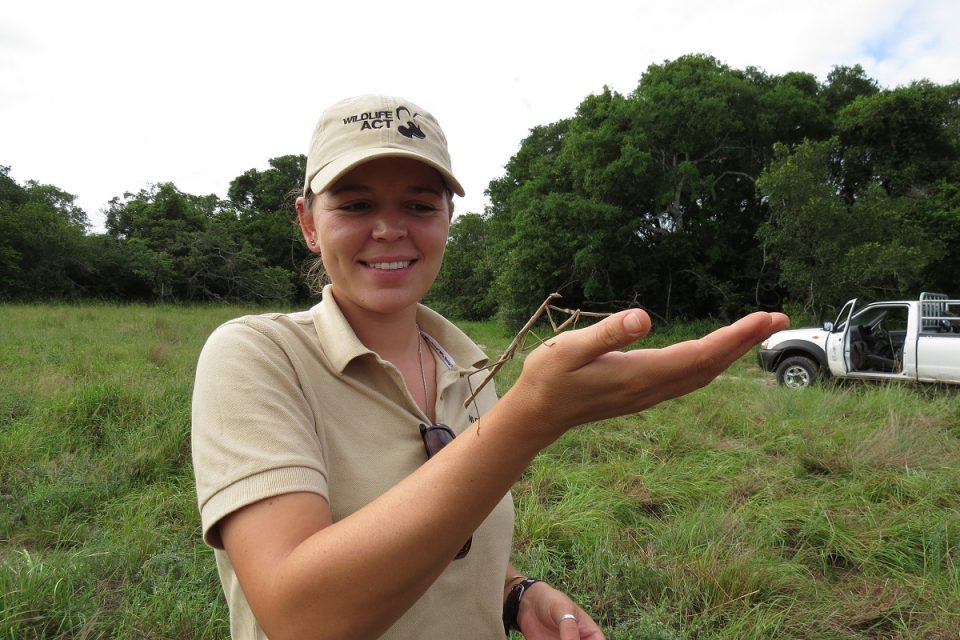 Megan Lategan, is shown with one of Tembe’s unique creatures – a praying mantis that appears to take the form of a stick insect – or rather more likely – a stick.