This last weekend the Endangered Wildlife Trust arranged for seven female African wild dogs to make the journey from Madikwe Game Reserve in the North West province of South Africa down to Tembe Elephant Park in KwaZulu-Natal. Chris Kelly of Wildlife ACT Fund and Clinton Wright of Wildlife ACT were on hand to help with the new arrivals and ensure that they were safely and successfully introduced to the Tembe Wild Dog Pack.

The wild dogs will spend some time in a boma in order to adjust to the move. While in the boma Clinton and his conservation volunteers will work together with Ezemvelo KZN Wildlife to care for and monitor the animals. Once the wild dogs are released they will form new packs in the various parks of KwaZulu-Natal and revitalise the current bloodlines.

We would like to say well done to all involved and a big thank you to Tembe Elephant Park’s Honorary Officers who helped to get the boma ready in time to welcome the new additions to the Tembe Wild Dog Pack. 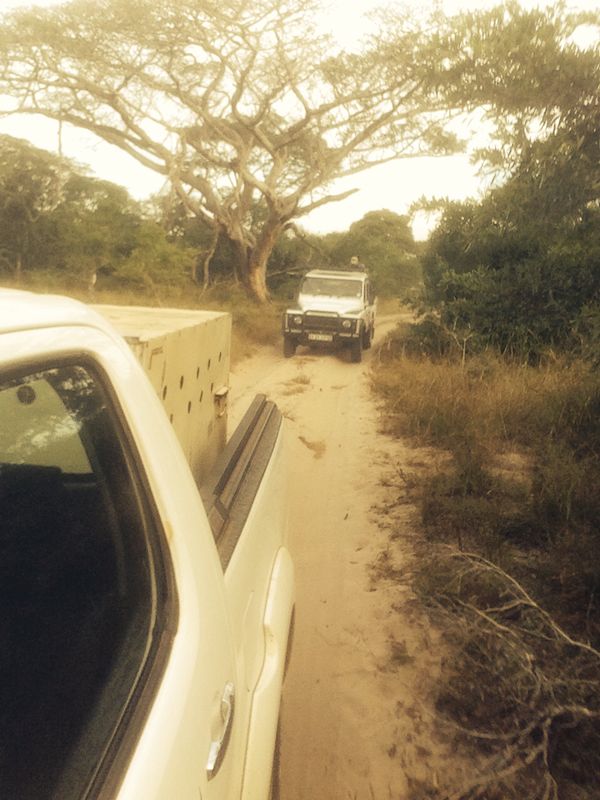 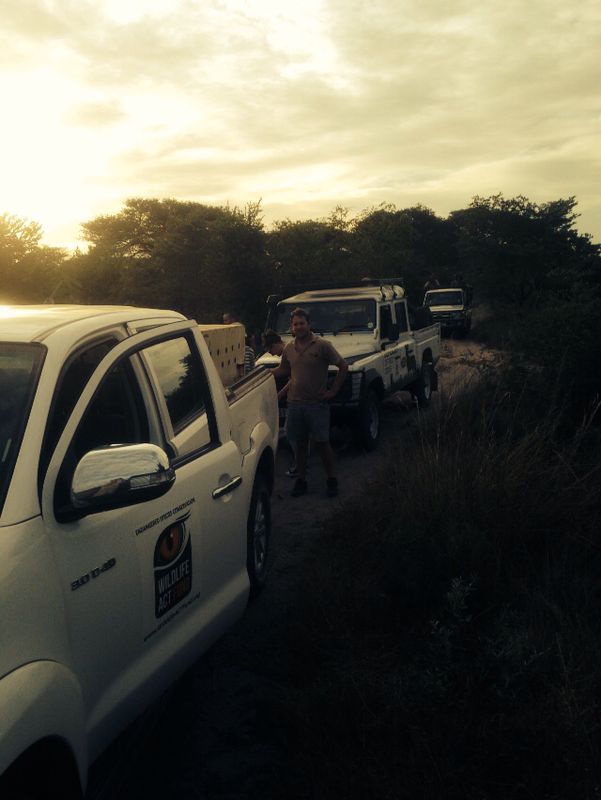 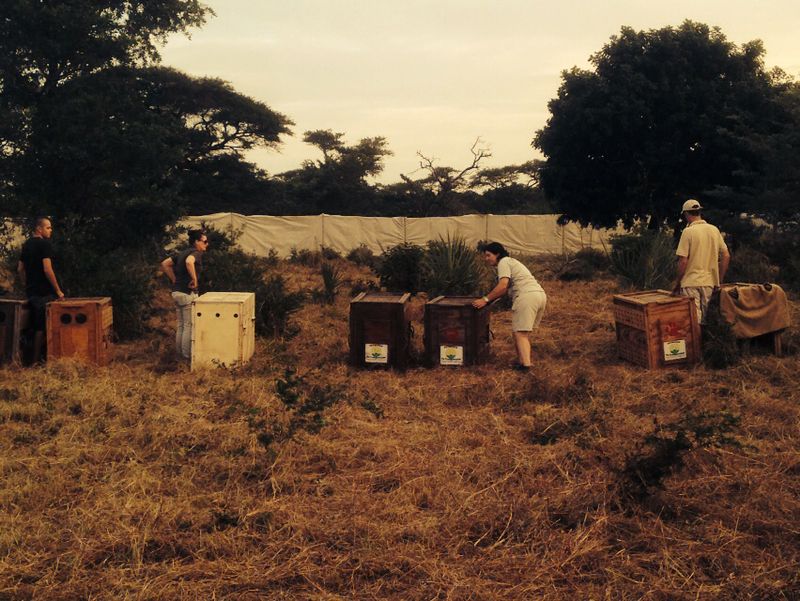 The wild dogs are about to be released into the boma.

Volunteers on Tembe have started to compile identikits for the Tembe wild dog pack, which involves spending the mornings at the boma doing observations. This is a critical part of data collection which will ensure accurate monitoring in the future.