A rare caracal sighting made this a positively spectacular week for the team on Somkhanda Game Reserve. Zama Ncube, one of the well-known rhino monitors, was making his way out of the reserve when he came across two caracal walking in the road. He wasn’t far from our camp (and being the gentleman he is) he turned around to call Axel Primmer and myself to share in this special caracal sighting. As soon as we found the caracal again it was high-fives all round, as this was mine and Axel’s first sighting of this elusive predator.

It was a truly amazing wildlife sighting on Somkhanda Game Reserve! 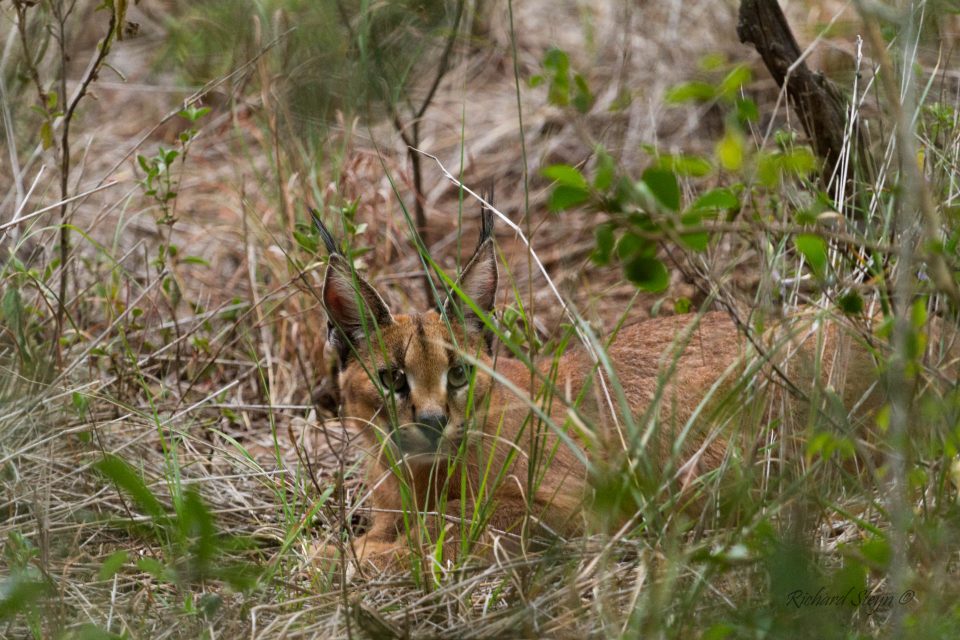 Wildlife ACT is currently running a Caracal Conservation Project in Cape Town which studies the effects of isolation on wildlife due to urbanization. The focus is on the behavioral ecology and genetic health of the Caracal – a beautiful wild cat that has ascended to the role of apex predator on Table Mountain. The overall aim is to help steer global sustainability as the urban edges creep ever closer to wildlife areas. You will also help produce a comprehensive and contemporary mammal species list for the Cape Peninsula.