The Somkhanda Esikhotheni Zimanga Leopard Survey is coming to an end and the Wildlife ACT Leopard Census team will be moving to Ithala Game Reserve to start the next Panthera Leopard Survey there.

Wildlife volunteers Marlon Mattli, Aniek Blokzijl, Debora Fries and Wildlife ACT monitors Kirsty van der Want and Lisa Thomas can be seen here posing with the Panthera cameras shaped in the Wildlife ACT logo. Not only are we all incredibly excited about seeing the final results of the Somkhanda Leopard Survey, but we are also looking forward to starting the next adventure at Ithala Game Reserve.

The short term leopard surveys are conducted for about two months. The leopard survey uses camera traps with the hope of capturing images of elusive leopards. Once the data is collected the team then compiles a database of each individual leopard in the reserve.

Thank you to everyone who assisted us and contributed to the success of the survey! 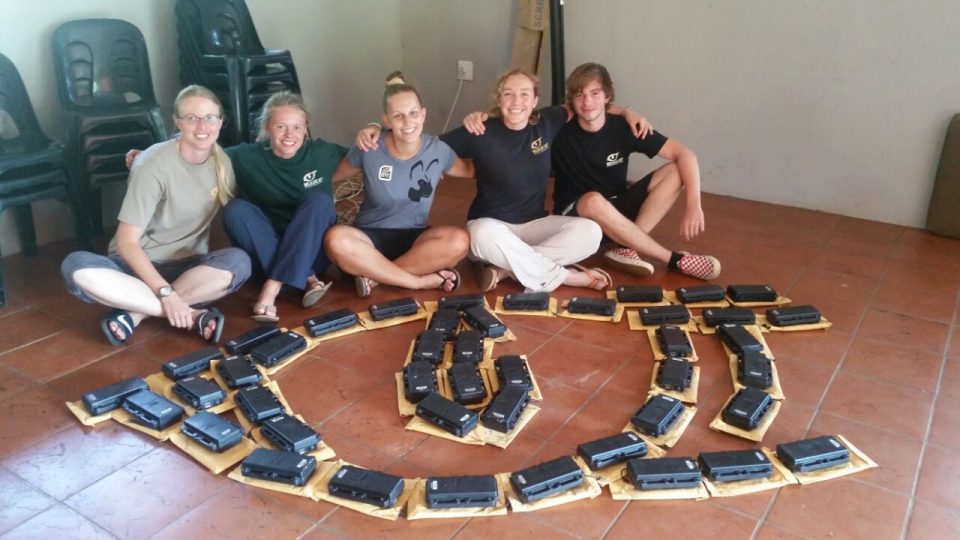 Wildlife ACT is officially contracted by the international wild cat organization, Panthera, to conduct Leopard population surveys within South Africa. This involves conducting a number of exciting, short-term Leopard Population Surveys using remote camera trapping survey methods. The survey is the largest on leopards of its kind in the world where we’re working together with provincial parks to help inform management to improve leopard conservation. Learn more