Yesterday was a long day for the Zululand Rhino Reserve (ZRR) volunteers, with no hint of Nile or her sisters. Nile is the nickname given to one of the African wild dogs on ZRR, a game reserve in South Africa. Sightings of elephant and rhino all turned out to be rocks and there were many elephant-sculptured trees purporting to be the heads of leopard and wild dog protruding from the long grasses.

Today, however, was different. The telemetry reading for our collared wild dog, Nile, was getting stronger and stronger. At six o’clock impala leapt across the road behind us closely followed by wild dogs, it was Nile and her two sisters. What an amazing sight and yet there was no time to get those all-important camera shots.

We tracked the wild dogs, signals getting weaker, then stronger, then weaker again. It was assumed that they had made a kill, probably one of the road-leaping impala and now the wild dogs were laying low. Our afternoon session began at the point where we had left them. There were a group of vultures sitting in a dead tree nearby, which was evidence that the assumed kill had taken place.

Then the waiting game, again. The signal grew stronger, then weaker yet again. Then the sisters started to move and we turned around to follow.

There they were, down a side track! The cameras went wild.

They ran along to our right and up the road in front of us. We did the necessary paperwork and followed the wild dogs on the road, as darkness began to descend. 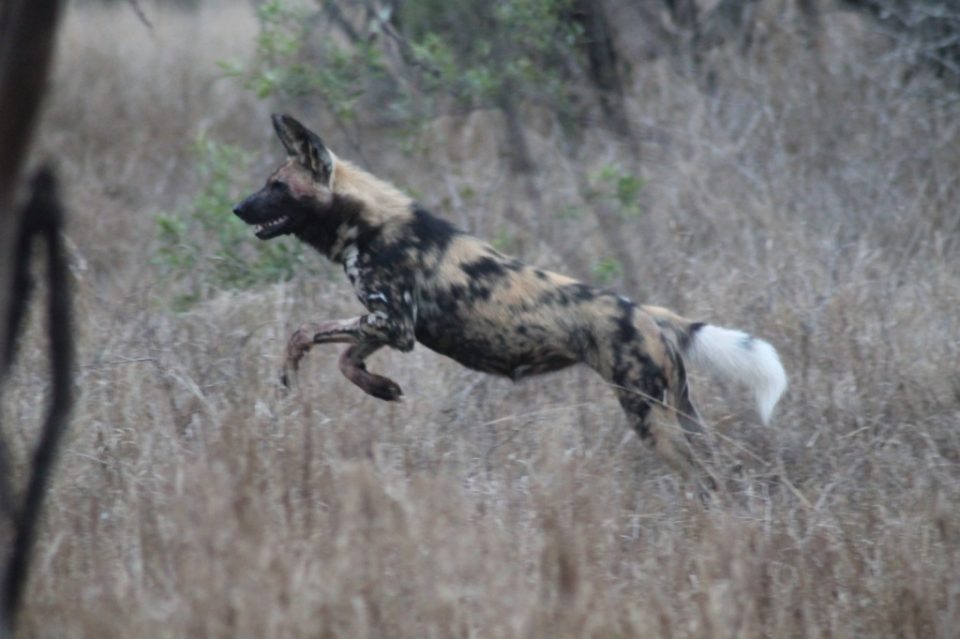 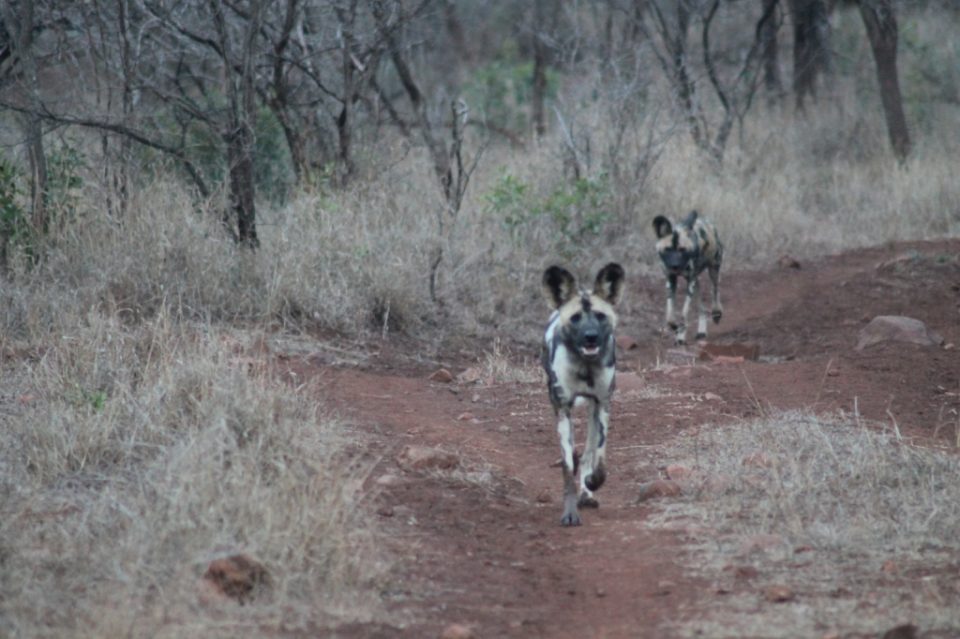 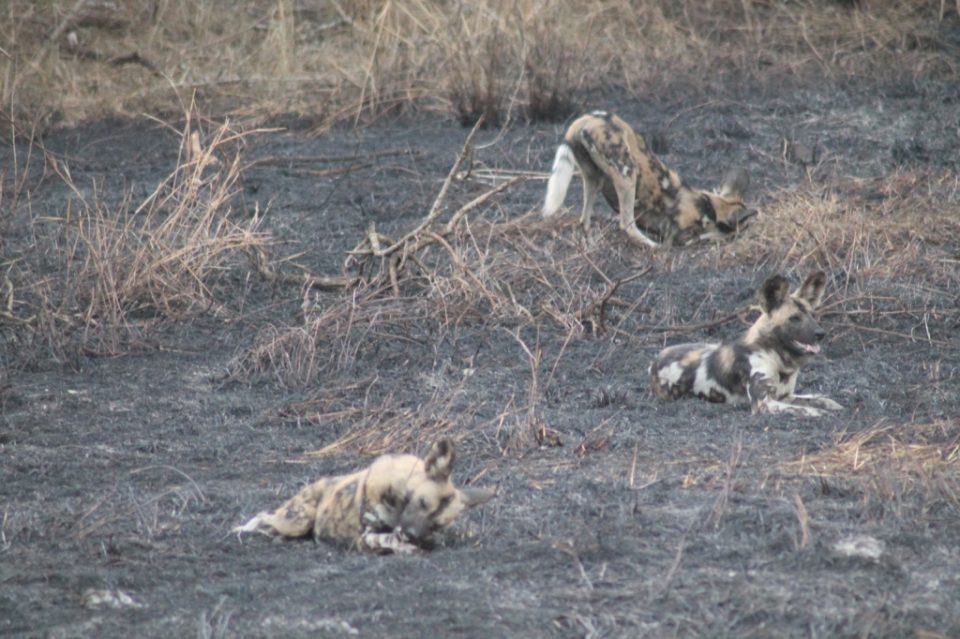 The wild dogs stopped on the horizon with the setting sun behind them, before they once again disappeared into the long bush. The stars came out and the Milky Way hovered above us. We had found Nile and her sisters.

We had done our job, the volunteers had an amazing sighting of the wild dogs and the wild dogs were healthy, all in all it was a great day.