Conservation volunteers on Mkhuze Game Reserve observed and assisted with the removal of a poacher’s snare from an 8-month old White Rhino calf yesterday morning. The calf had inadvertently walked into the snare which resulted in the wire being caught around its neck. After Ezemvelo KZN Wildlife ground staff managed to locate the rhino mother and calf, Wildlife Veterinarian Dave Cooper managed to tranquilise both the mother and the calf by shooting them with medicated darts from a helicopter, thus enabling the team to get to the calf safely and remove the snare.

Our Wildlife ACT team will help to monitor the progress of the calf, but all looks good for a speedy recovery thanks to a successful intervention! Well done to all involved. 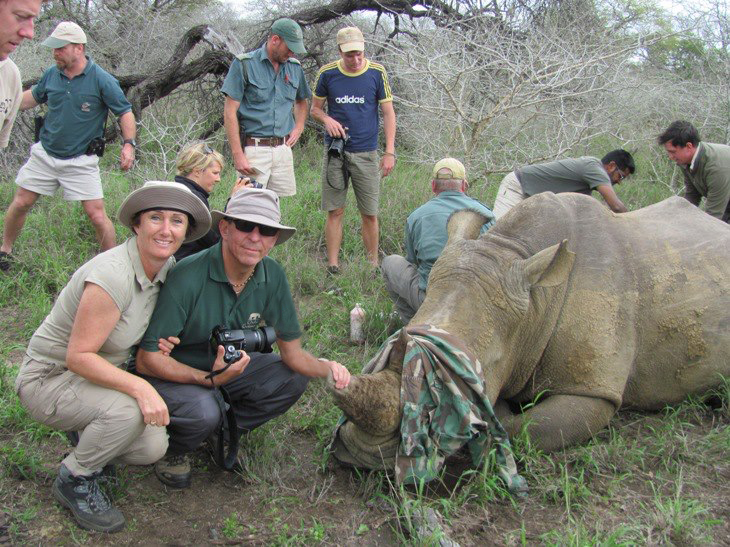 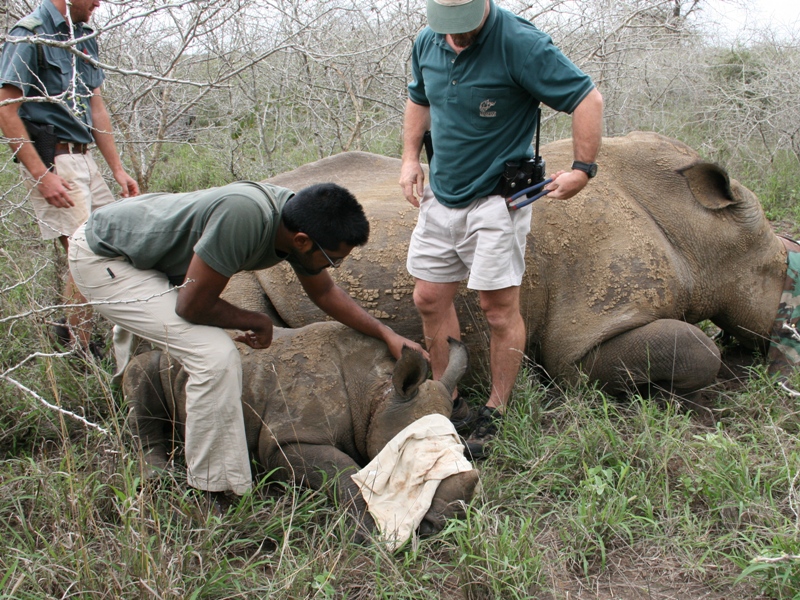 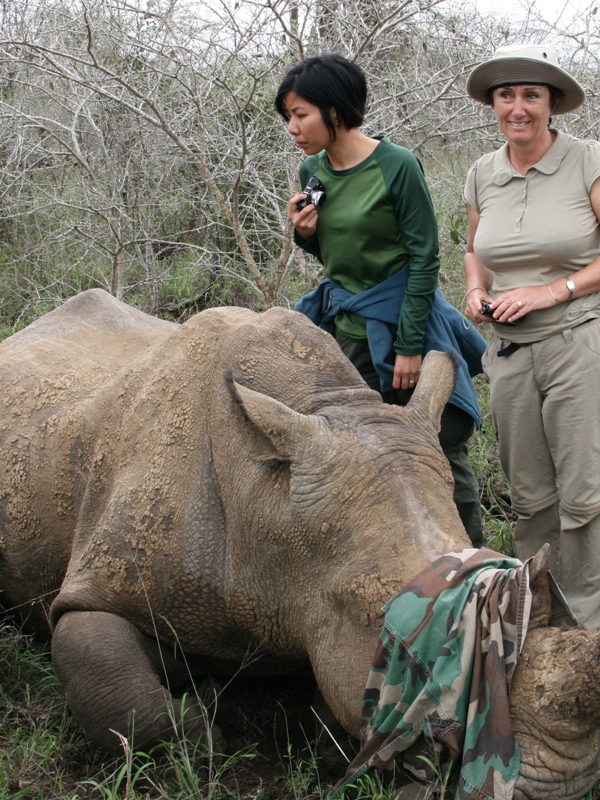 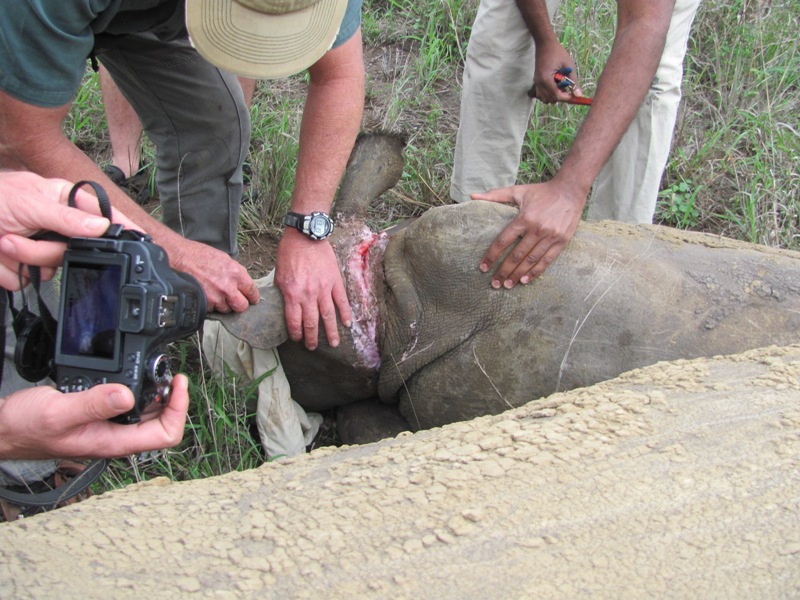 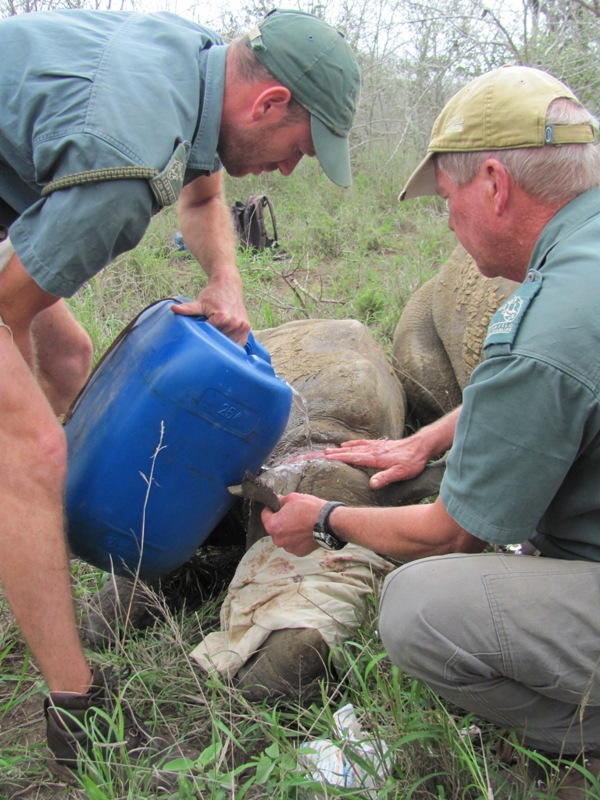 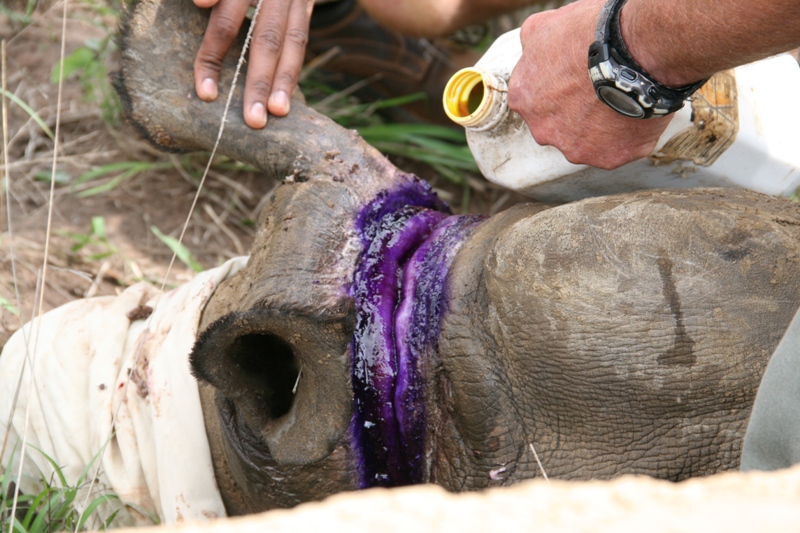 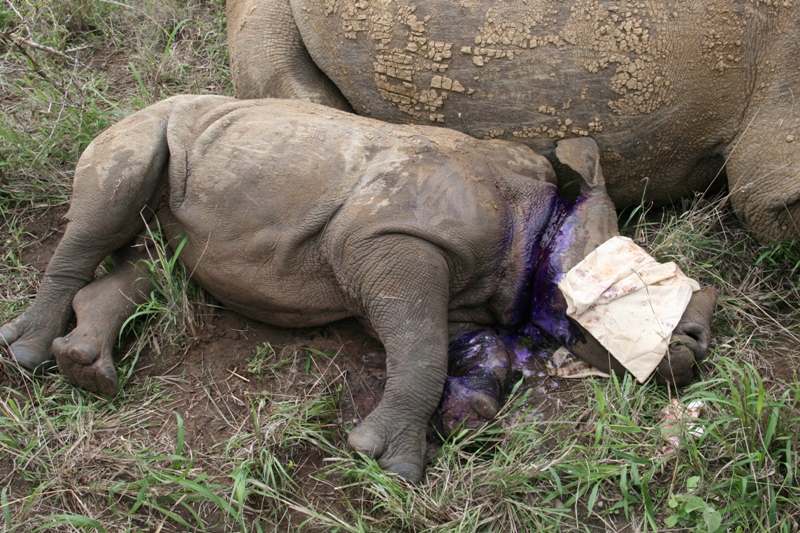 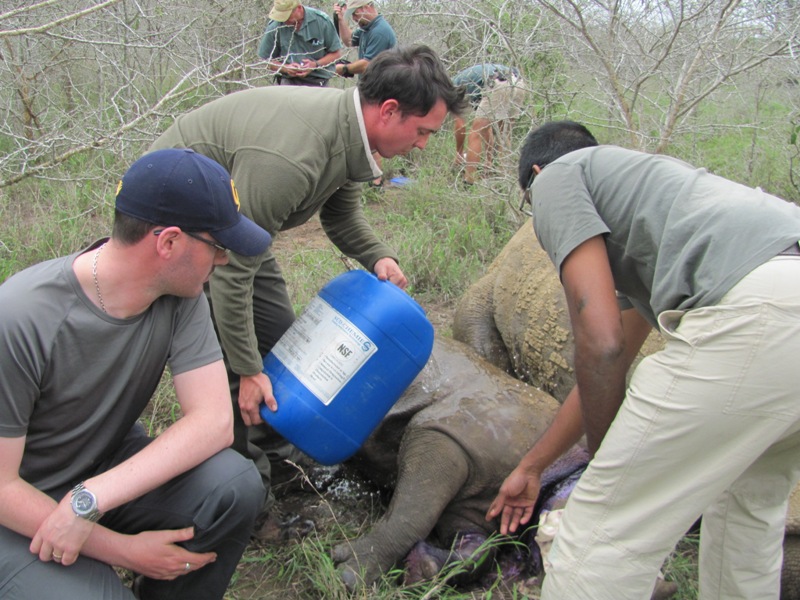 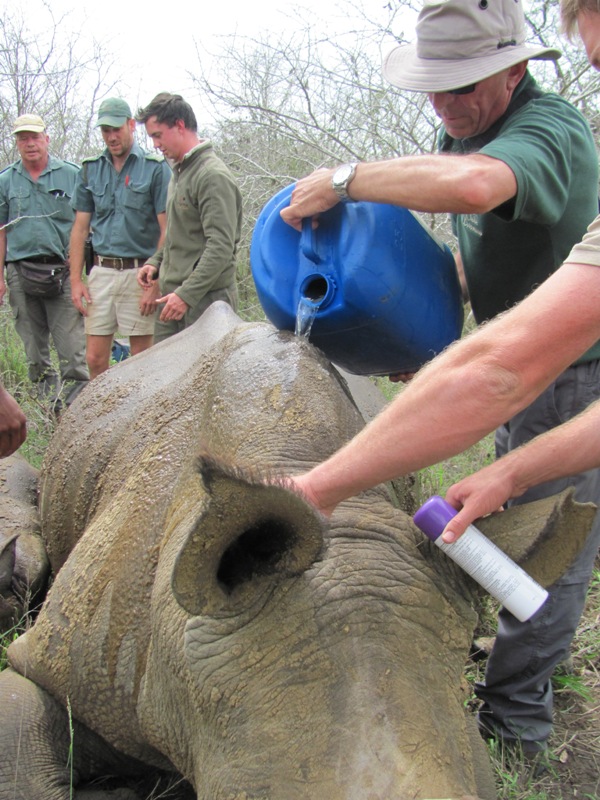 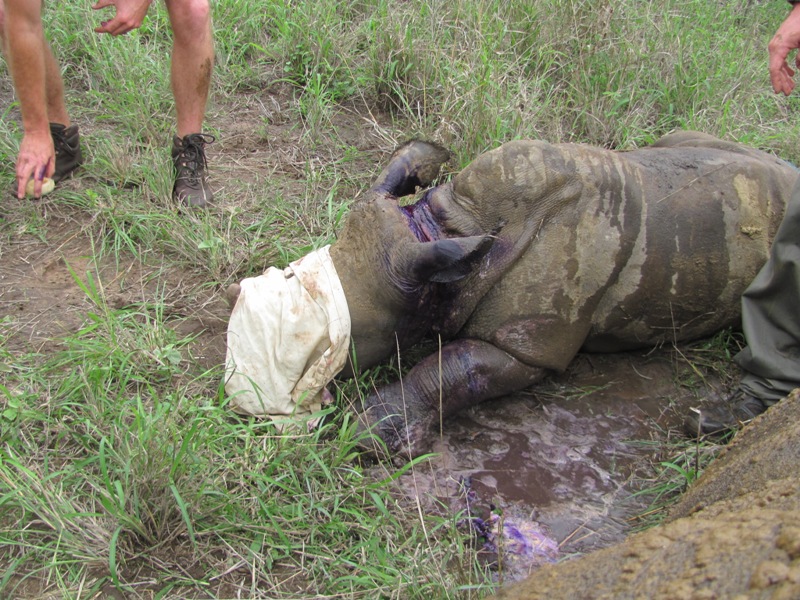 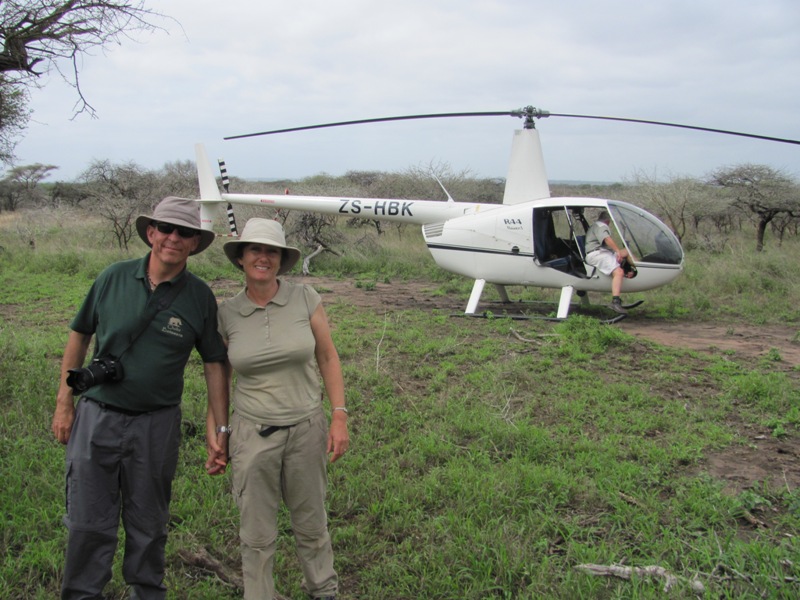