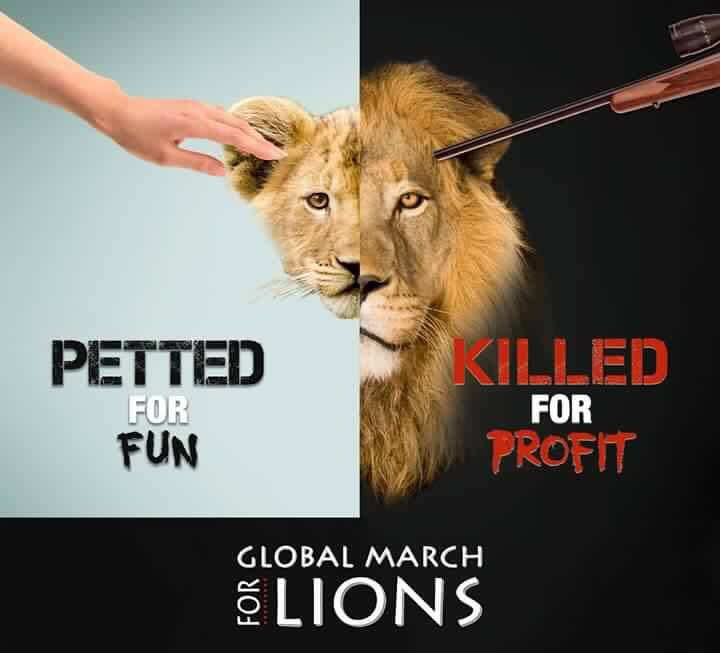 Poster designed by Laura Ringemann Springer for the Global March For Lions campaign against canned hunting.

Approximately 1,000 captive-­bred, hand‐reared lions were killed in South Africa in 2015 alone – fueling a multi million-dollar international industry. It is estimated that there are currently between 6,000 and 8,000 predators still in captivity, mostly living in appalling conditions with inadequate breeding and welfare protocols in place to protect them.

Volunteers who are made to believe that they are supporting bona fide conservation projects and that lion cubs will one day be successfully reintroduced into the wild, are being lied to. Lion ecologists state that captive breeding plays no role in the conservation of this species whatsoever.

Blood Lions™ – a feature documentary that exposes the captive lion breeding and canned hunting industry in South Africa, has evoked an engaged response from the global community regarding the practice of breeding lions, as well as the mismanagement of wild lions – purely for the entertainment of the tourism community. 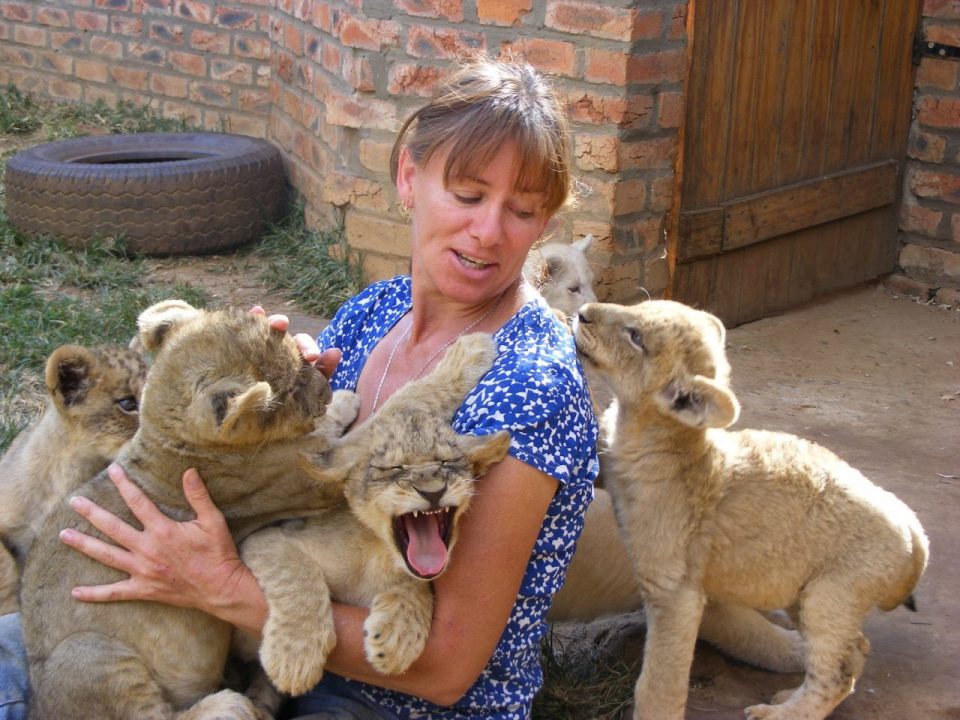 In March 2016, ITB (Internationale Tourismus – Bȍrse Berlin) ­‐ a major international tourism trade fair in Berlin, Germany –­ screened Blood Lions™ and hosted panel discussions and a workshop titled “Predator Interactive Voluntourism” to discuss how tourism and travel activities can play a part in ensuring the exploitation of predators is no longer an acceptable practice.

Blood Lions™, Wildlife ACT, Fair Trade Tourism and the Global Nature Fund, formed part of the panel discussion. This valuable debate included questions such as whether these interactions support ethical and sustainable tourism, or not. The role of predator sanctuaries were also looked at, together with the criteria for identifying bona fide conservation projects. The link to “canned” or captive hunting and the “tiger bone trade” was also examined.

“There is still a lot of work to be done and unfortunately the abuse of the Voluntourism dollar is still high, with lion cub petting and lion walking still being promoted heavily in Southern Africa,” said Dr. Simon Morgan of Wildlife ACT.

WHERE THE VOLUNTOURISM DEBATE BEGAN

Wildlife ACT and Fair Trade Tourism began the debate during the World Youth Travel Conference in Cape Town, by hosting a screening of Blood Lions™ with a follow‐up workshop with the conference delegates and film producers. It was at this conference in Cape Town that some organisers of ITB realised the importance of bringing this message to the global travel industry.

“The message needs to reach unsuspecting supporters of this abhorrent practice of breeding lions to be bottle‐fed, petted, cuddled, taken for walks and then ultimately hunted for profit,” say Dr. Simon Morgan.

THE CAPTIVE-BREEDING OF LIONS PLAY NO ROLE IN CONSERVATION

It is certain sectors of the voluntourism industry that are cashing in on the exploitation of these poor animals that are simply bred for the bullet. Dr Morgan further explains that “although the wild lion population of Africa is in decline, it is important to note that the captive-breeding of lion plays no role in the conservation of this species in any way, and this is scientific fact.”

“There are therefore no facilities which breed lion that can claim to contribute to the conservation of this species in any meaningful way. The global travel industry has a role to play in bringing these practices to an abrupt end and we will continue to explore these issues in length.”

Read: What You Need To Know About Volunteering With Lions