In October 2014 the Wildlife ACT Team on Somkhanda Game Reserve (South Africa) assisted Wildlands Conservation Trust and Somkhanda management in the collaring of two African wild dogs. The pack was first introduced into a boma on the reserve which was specifically designed for African Wild Dogs. The three females came from Madikwe Game Reserve in the North West Province of South Africa and they were bonded with two males from Zimanga Game Reserve. 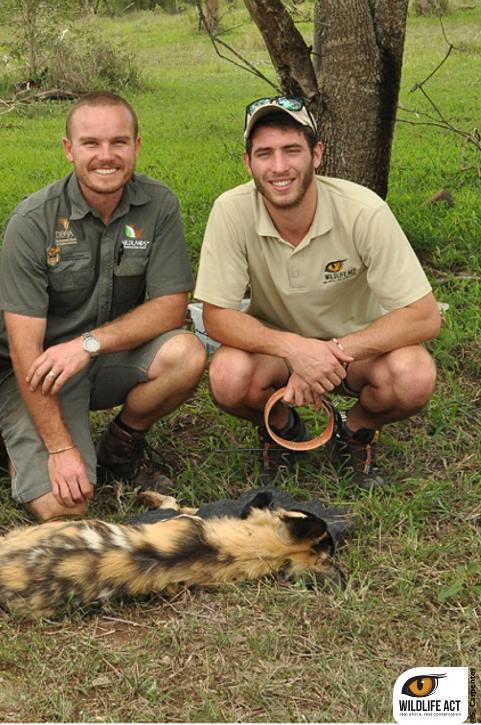 Of the two female wild dogs that were fitted with collars, one was fitted with an anti-snare VHF collar and the other with a GPS store on board collar (SAT collar). With the help of our Wildlife ACT wildlife volunteers, we will use the collars to track the newly introduced pack of five wild dogs on Somkhanda. 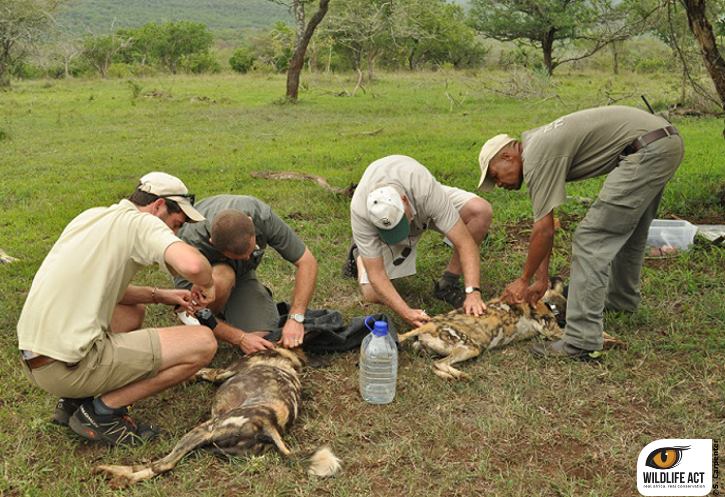 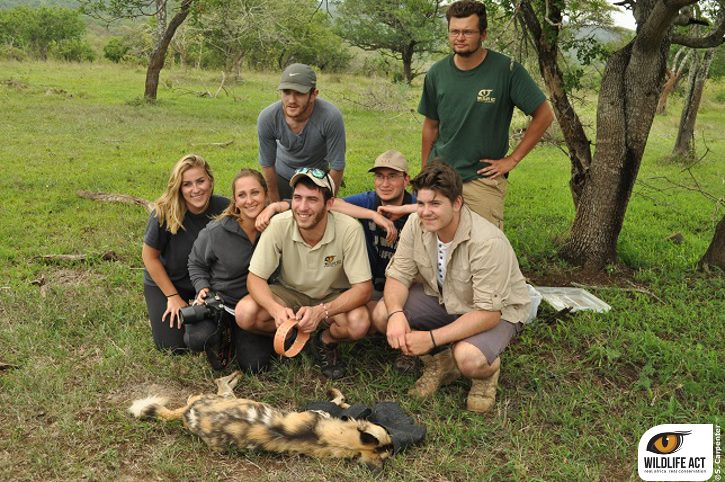