Wildlife ACT co-founder, Johan Maree, says “We are extremely honoured to be globally recognised for responsible tourism practices, and the contribution we are making in the conservation sector. Wildlife ACT’s tourism-supported conservation initiatives have reached across many countries including South Africa, Botswana, Mozambique, Malawi, Ethiopia and the Seychelles, working with a diverse range of endangered and keystone species including African Painted Dogs, Black and White Rhinos, Cheetahs, Leopards, Lions, Elephants, Turtles and Vultures. By developing Responsible and Regenerative Tourism models ranging from structured university participation, voluntourism, expeditions and high-end conservation immersions, we have been able to sustainably initiate and support endangered species and protected area conservation for the last ten years”, says Maree.

In evaluating entrants into the World Responsible Tourism Awards, the judges were looking for leadership in Responsible Tourism practice where clear and positive impacts could be shown on the conservation of species or on animal welfare, including demonstrable measures of success and novel ideas that can be adapted and developed by tourism providers around the world. The judges were particularly interested in organisations that focus on improving wildlife conservation and animal welfare in wild or natural settings. 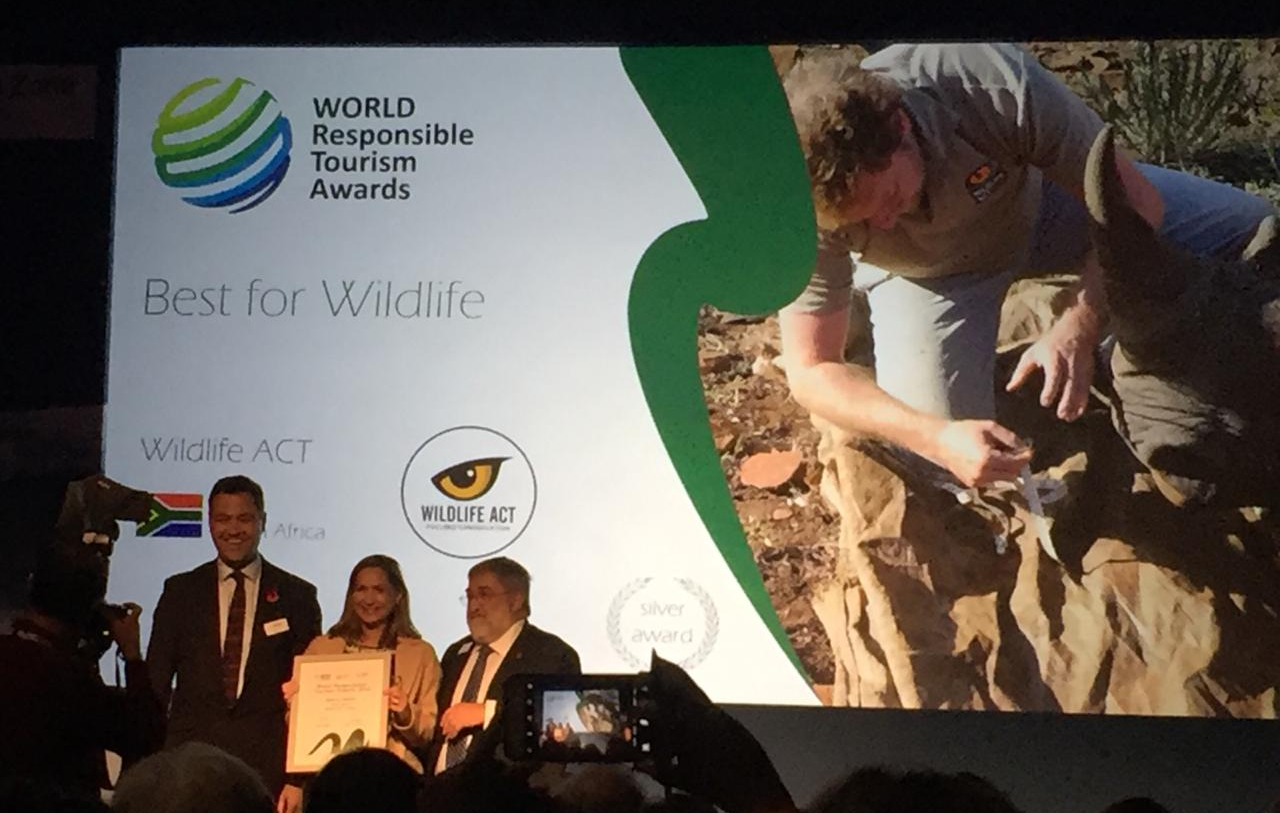 “The judges want to recognise the cumulative contribution that Wildlife ACT has made to conservation. Their volunteers, some of the very few real ecotourists, have been instrumental in helping to collect the data required to make informed decisions about the effective conservation of endangered and threatened African wildlife species. Wildlife ACT was able to provide considerable detail on the volume and impact of their work. The volunteers and ecotourists play an active role in genuine conservation in daily wildlife monitoring and essential data collection to inform management decisions.”

“This is supported further by our partnerships with other globally recognised conservation authorities, and our Fair Trade Tourism certified status. We are extremely thankful to all our volunteers, supporters and hardworking staff, who have made all of this possible,” says Maree.

Apply to Volunteer to be a part of our award-winning work.

The Power of a Purpose-Driven Travel Experience
01 Apr 2019