North Island in the Seychelles has been awarded as the National Geographic World Legacy Awards winner for Conserving the Natural World 2017!

Environmental tasks on North Island include the tagging and monitoring of the endangered Green Sea Turtle (Chelonia midas) and the critically endangered Hawksbill Sea Turtle (Eretmochelys imbricata). Other species monitored include the Aldabra Giant Tortoise (Aldabrachelys gigantea), the Seychelles White-eye and White-tailed Tropic bird. Providing the necessary habitat for these animal species to successfully breed and thrive, constitutes part of the Noah’s Ark project, which is what resulted in this World Legacy Award.

Marine conservation on North Island includes snorkeling along coral reefs in order to compile a photographic ID database of corals and fish occurring on the reefs and monitoring changes in coral, and monitoring beach movement patterns on the three beaches of the island by means of photographs and by using Abney levels.

Find out more about the conservation work being done on North Island.

A huge thanks to our ecotourists who have been assisting the Environmental Team on North Island since 2014. Your contributions to the Noah’s Ark project have no doubt helped North Island achieve this award. 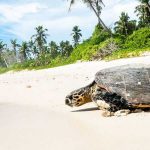 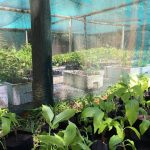 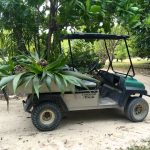 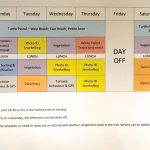 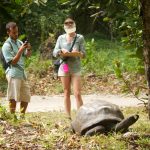 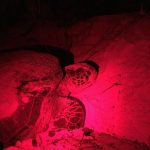 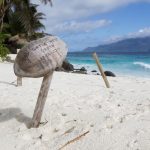 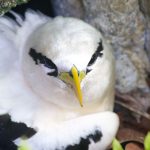 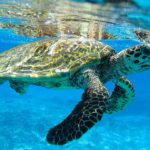 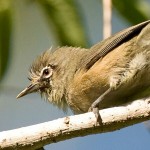 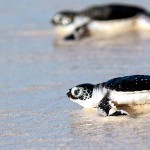 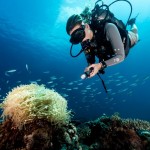 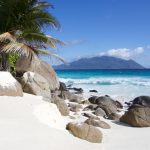 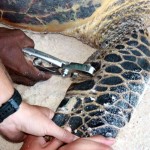 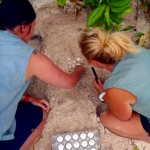