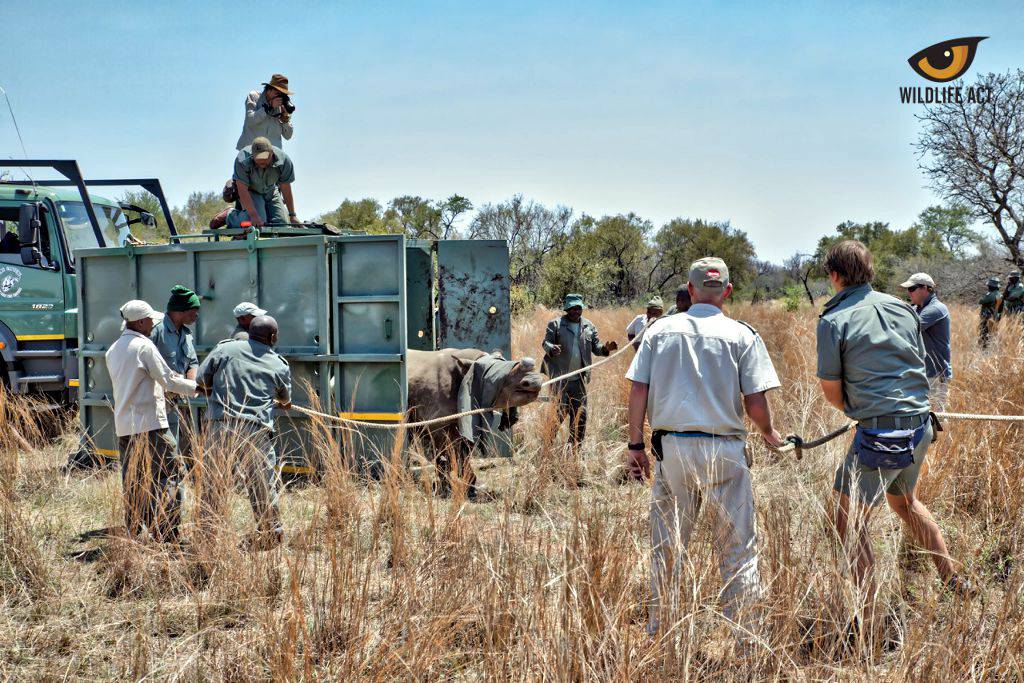 The Black Rhino Range Expansion Project (BRREP) has established its 11th population of Black Rhino! The successful relocation saw a total of 14 critically endangered Black Rhino moved to a new home. This was made possible through a collaboration between Ezemvelo KZN Wildlife and WWF South Africa, with support from Wildlife ACT. Wildlife ACT’s, Chris Kelly, was on the scene to assist with the operation. 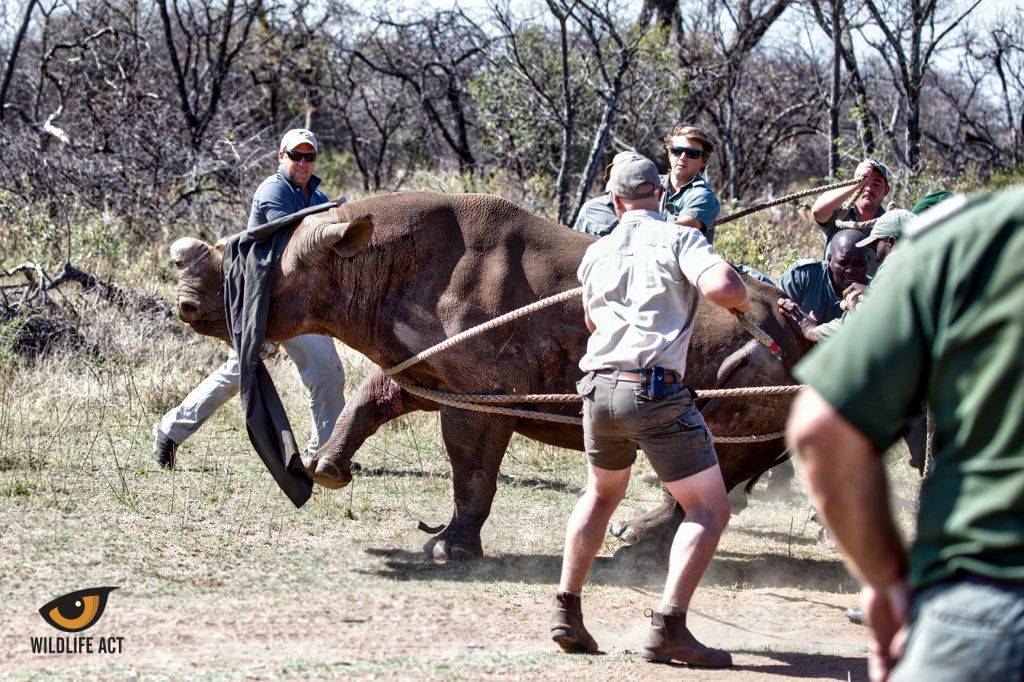 “Being involved in this incredible project is always a highlight of my year. It is a true example of a successful partnership between different organisations. It is a privilege working alongside such a professional and committed team”, said Chris Kelly. 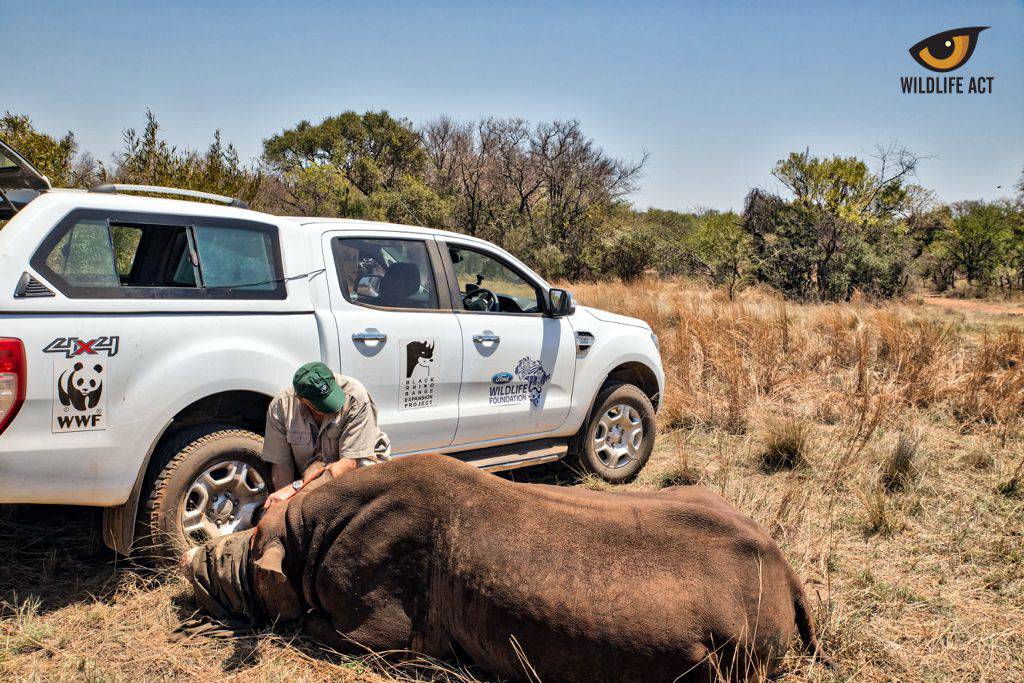 Chris Kelly was recognised for a Special Award for Endangered Species Conservation at the Rhino Conservation Awards 2017. He has been a key asset to operations such as this. The Black Rhino Range Expansion Project is a key example of the conservation work being done to save this critically endangered species. 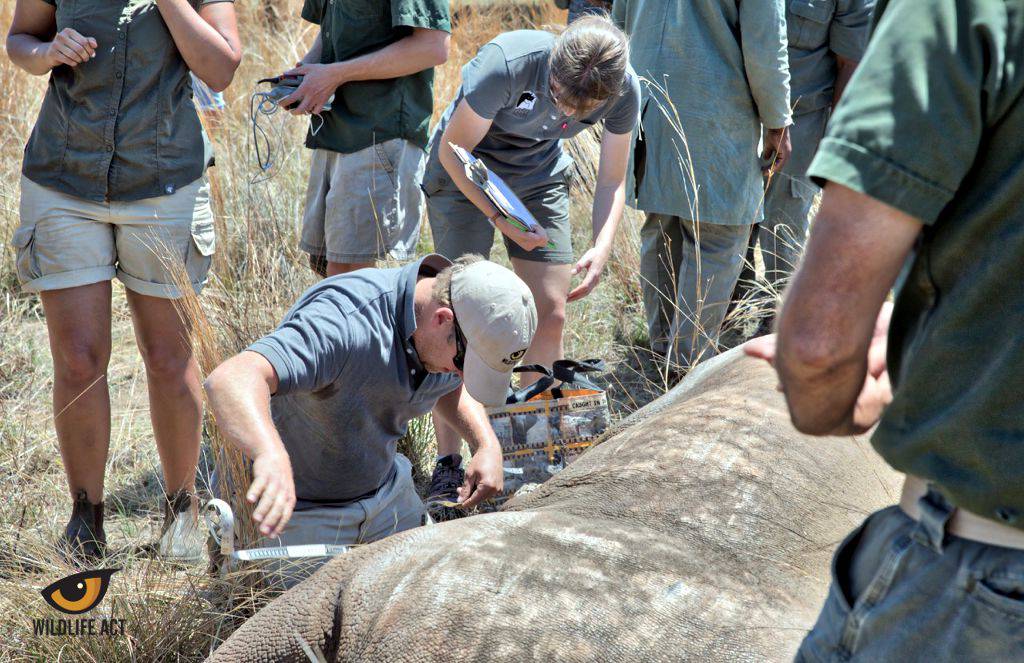 Chris and Wildlife ACT have been assisting the Black Rhino Range Expansion Project since 2004 by training new Black Rhino monitors, assisting with choosing suitable release points for each rhino, and by fitting reliable tracking equipment to individual rhino to be released. We support the project further with the post-release monitoring work while the rhinos settle into their new homes. 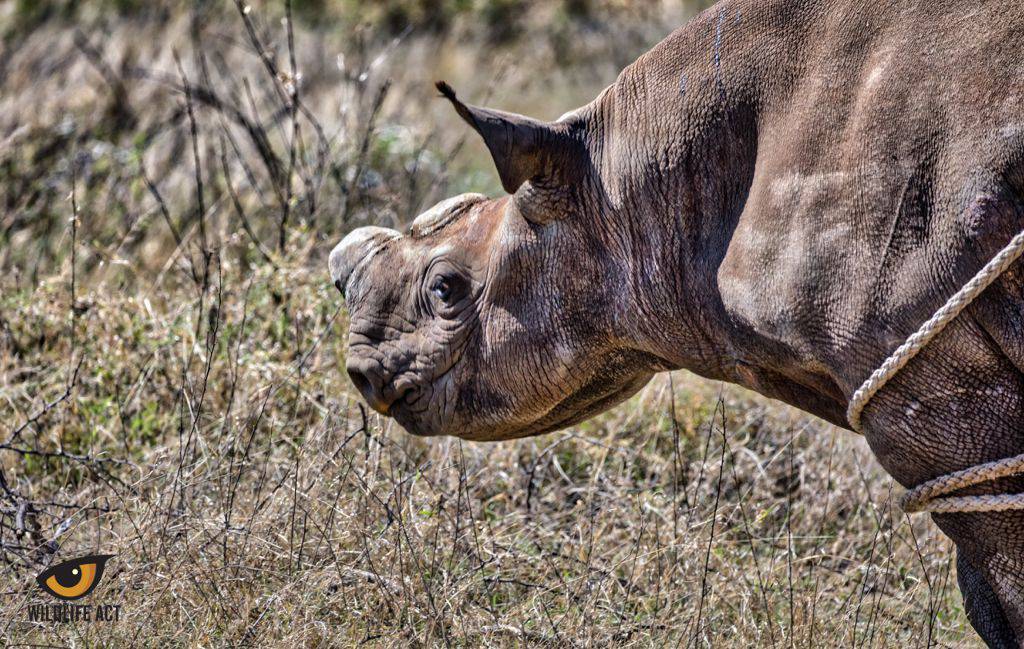 Since 2004, over 170 Black Rhino have been trans-located with 11 new populations created. To date there have been more than 60 calves born on project sites. Black Rhino range has increased by 220 000 hectares in South Africa through the WWF Black Rhino Range Expansion Project, with an increase of 49% of their range in KwaZulu-Natal.

The WWF Black Rhino Range Expansion Project was the conduit for the formation of Manyoni Private Game Reserve. This Reserve was chosen as a release site for the WWF Black Rhino Range Expansion Project and in 2005, when a founding population of black rhino were released into their new home. In 2009 the reserve was proclaimed as a Nature Reserve under the Protected Areas Act 57 of 2003 acknowledging the reserve as a site of biodiversity importance that makes essential contributions to the conservation of species and habitats and is an important system that provides ecosystem services.

Well done to all involved! It is through professional collaboration that makes this work possible.