Beach patrols on North Island are done every morning. Part of this endangered sea turtle monitoring task involves looking for signs of nesting from the night before. We’ve been in a bit of a lull lately as the Hawksbill Turtle season is just about over and the Green Turtle season is starting off very slowly. Most of my mornings for the last few days have just involved watching the sun rise and picking up trash (which I want to talk about in a separate post. It’s a thing.) But  occasionally there will one of three signs indicating turtle activity. 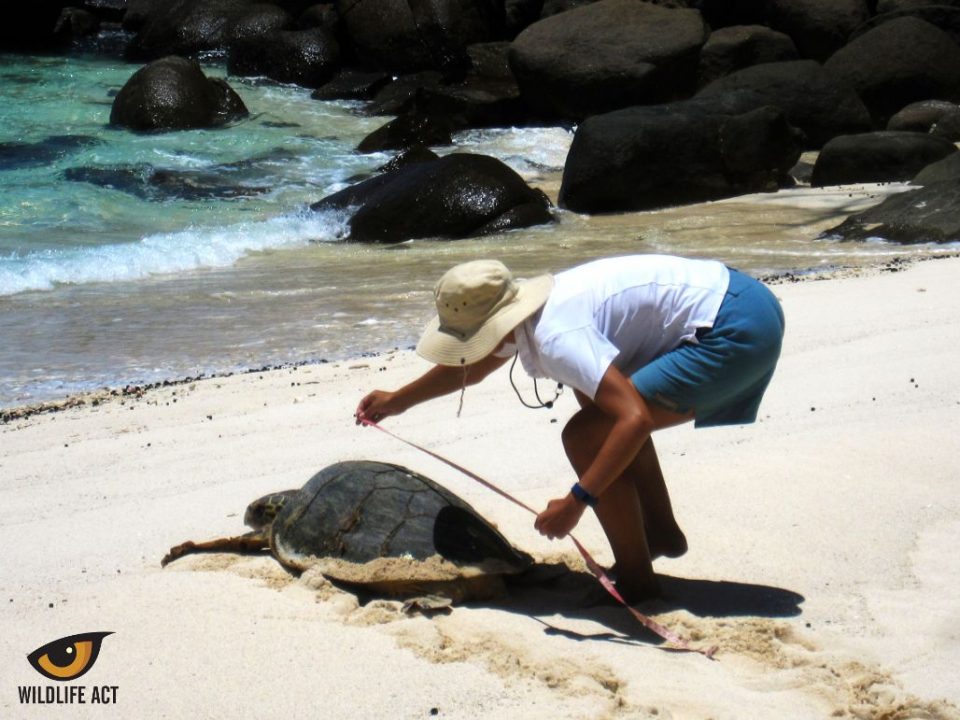 Taking a quick measurement after an emergence!

Hatchings are rare to see as they usually take place in the middle of the night and only last for about 20 minutes. But emergences and nestings; we tend to see at least one of those every morning – usually at West Beach on Honeymoon.

I had my very first nest to mark out. This was nest number 39 this season – just before the nest that my fellow endangered sea turtle monitoring partner, Yvonne, was staking in the video above. It also had the distinction of being the very first Green Turtle nest of the season, which was very exciting. 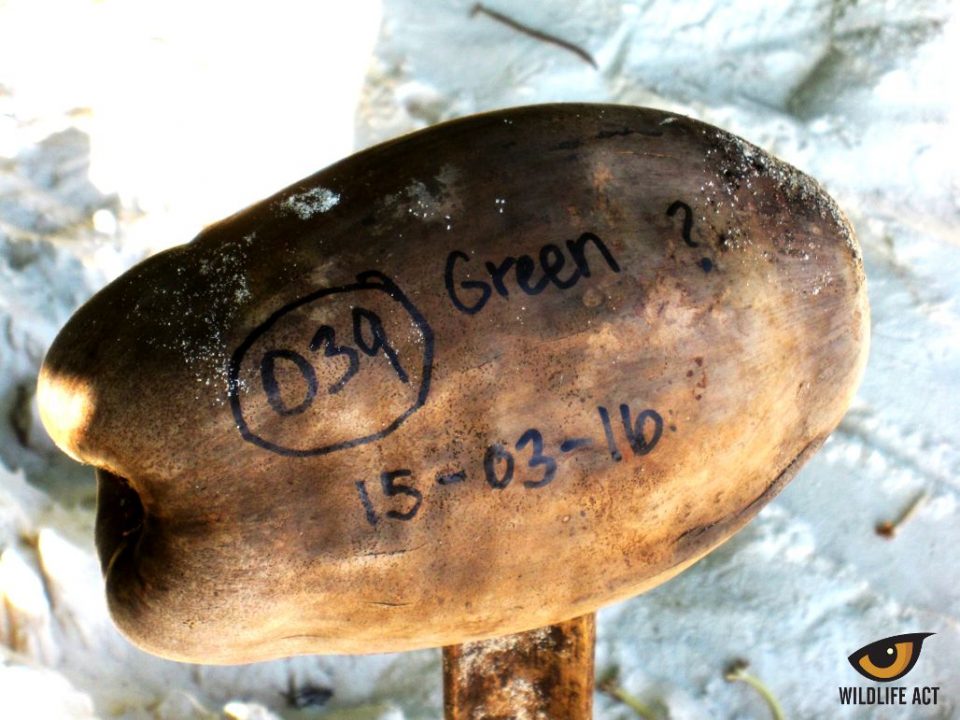 Later that day we got a call from CJ about a Hawksbill Turtle attempting to nest on Petite Anse! We jumped up, wrapped our lunch, and ran all the way from the bistro to Petite Anse, where we saw this…

The climb was however a little much for her so this female Hawksbill didn’t stick around, which was probably a good thing. She picked an awful time of day to come out – in the searing heat of the early afternoon. By going back to the water she spared herself about three hours of baking in the sun. 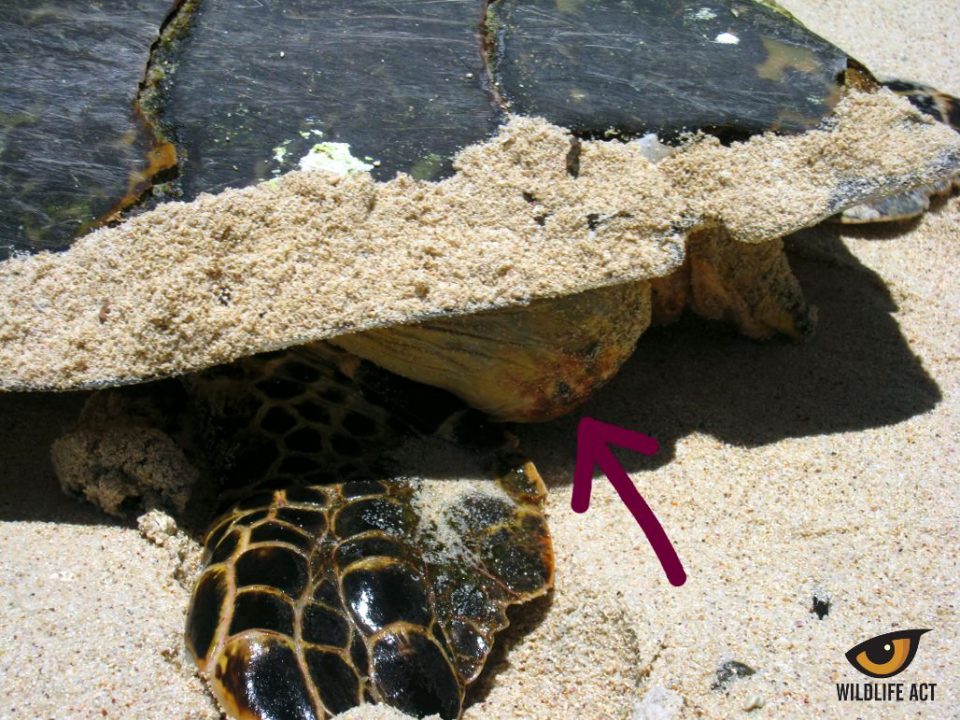 An unidentified growth on the female Hawksbill Turtle

I was in charge of getting pictures of distinguishing features of this Hawksbill Turtle – such as this strange lump between her rear flipper and tail. I got some more close-up shots which the Environmental Department will review to determine the likeliness of it being a tumor or something similar.

It was so incredible to just be standing next to this beautiful creature. I mean, just look at her… Isn’t that just everything?