The reintroduction of lions to Akagera National Park in Rwanda has garnered a worldwide following and made news across the globe. Lions were extirpated during the 15 years following the 1994 genocide, as cattle herders poisoned the last few wild lions when the park was left un-managed. African Parks have stepped in and transformed the reserve in partnership with local communities and the Rwanda Development Board. The return of this apex predator is symbolic of the positive changes this magnificent country has undergone and a conservation coupe in increasing home ranges of this beautiful large cat.

Two males were donated by Tembe Elephant Park, a community owned and Ezemvelo KZN Wildlife managed reserve, and &Beyond Phinda Private Game Reserve. Both reserves are in KwaZulu-Natal and the relocation of surplus lions to new viable habitats is necessary due to the small sizes of the reserves.

Wildlife ACT and the wildlife volunteers from the University of Canberra were privileged to be a part of such an auspicious occasion as the first part of the journey started in Tembe Elephant Park with the loading of the two males.

The lions have made it to their new home safely where they will be kept in a boma for a while before being released into the reserve. The complete story can be followed on the Facebook page of African Parks. 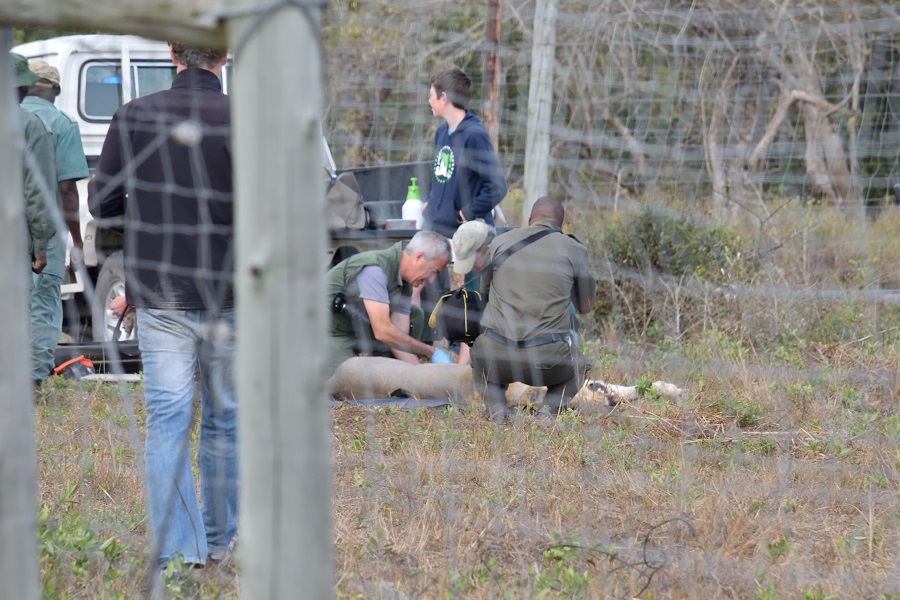 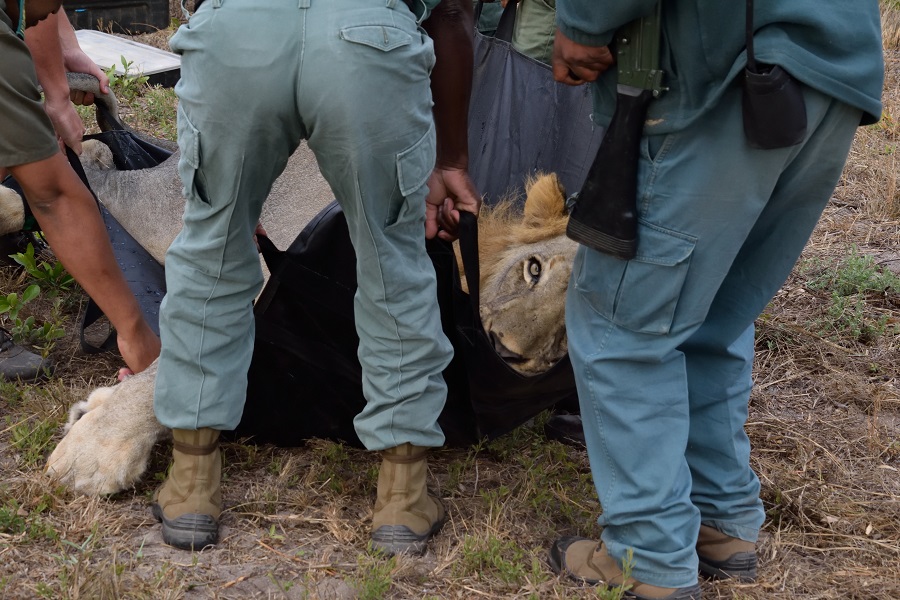 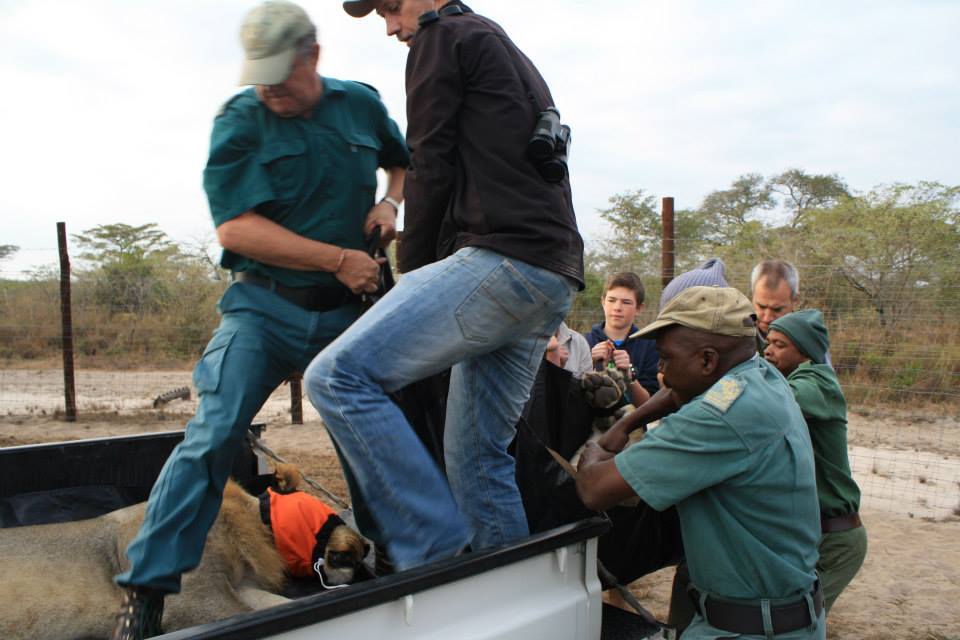 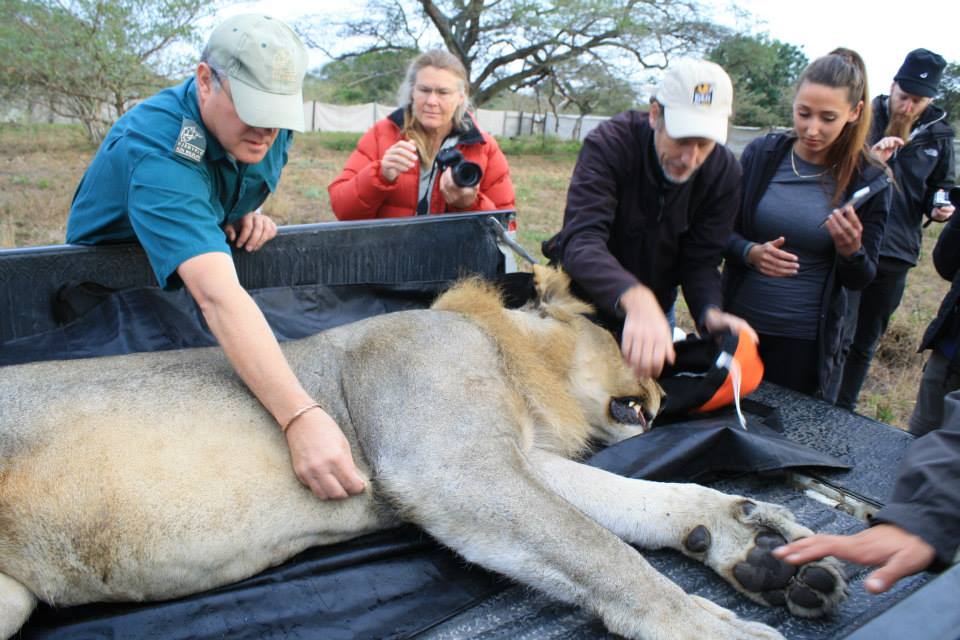 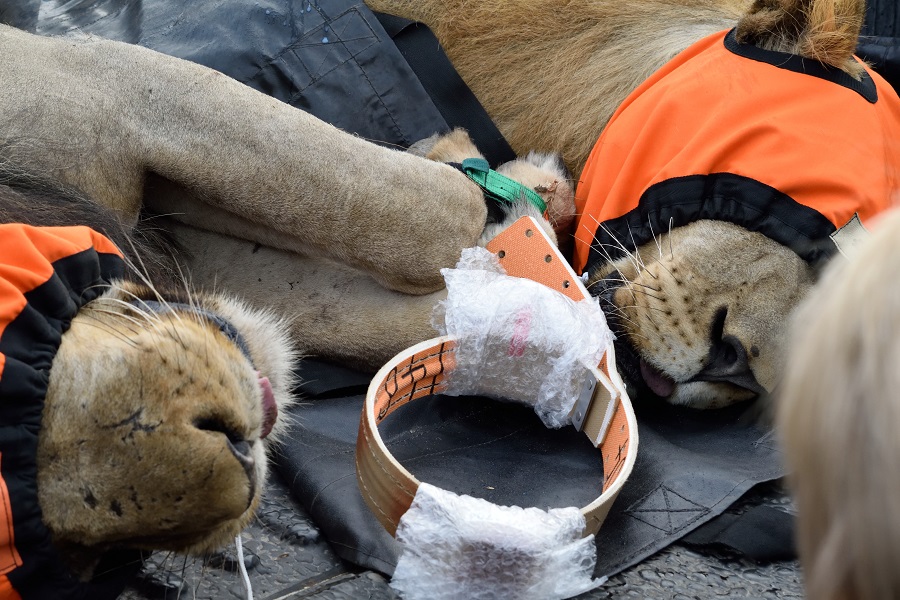 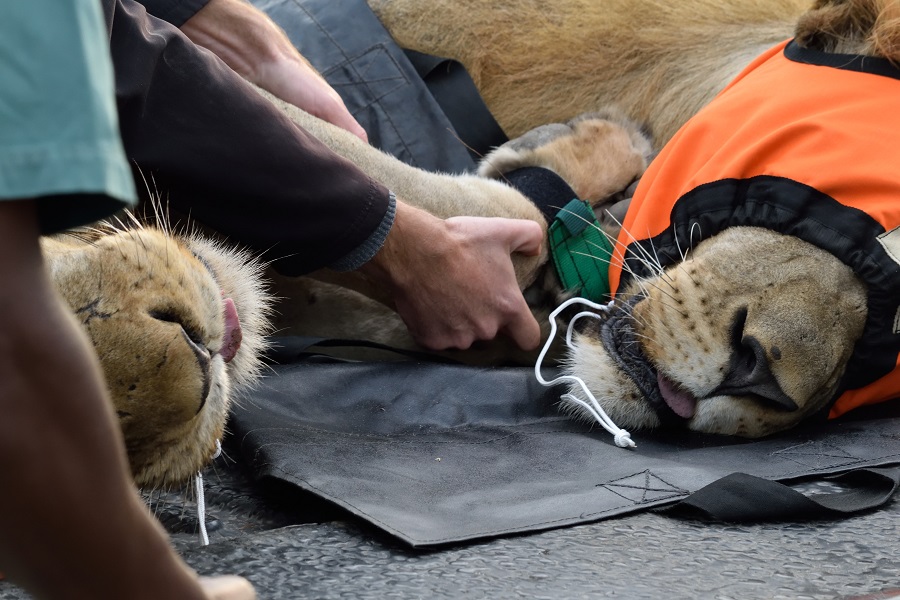 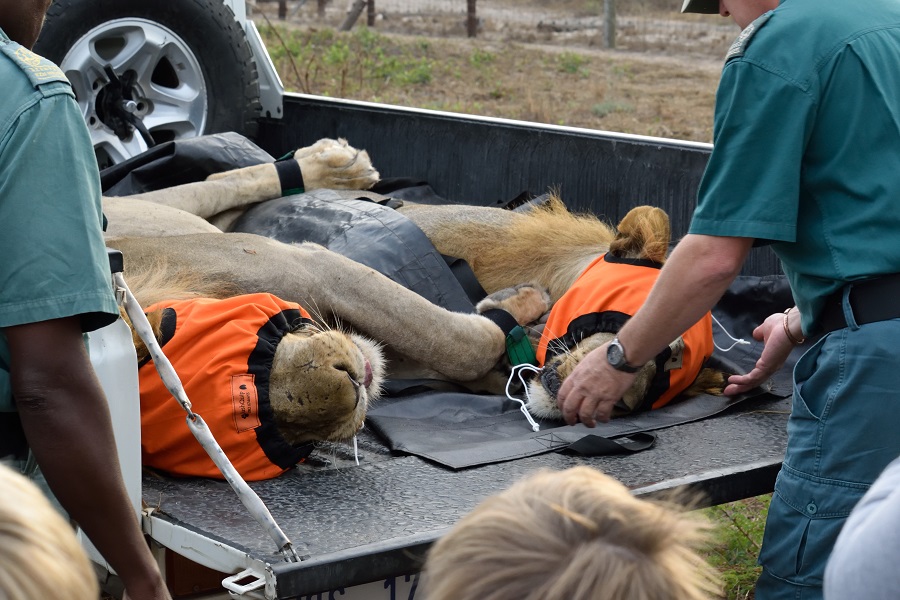 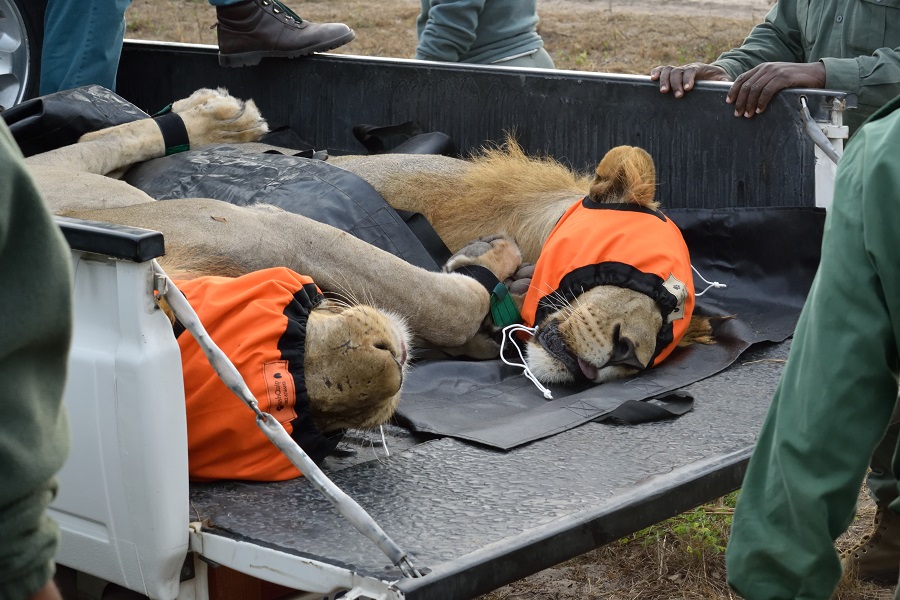 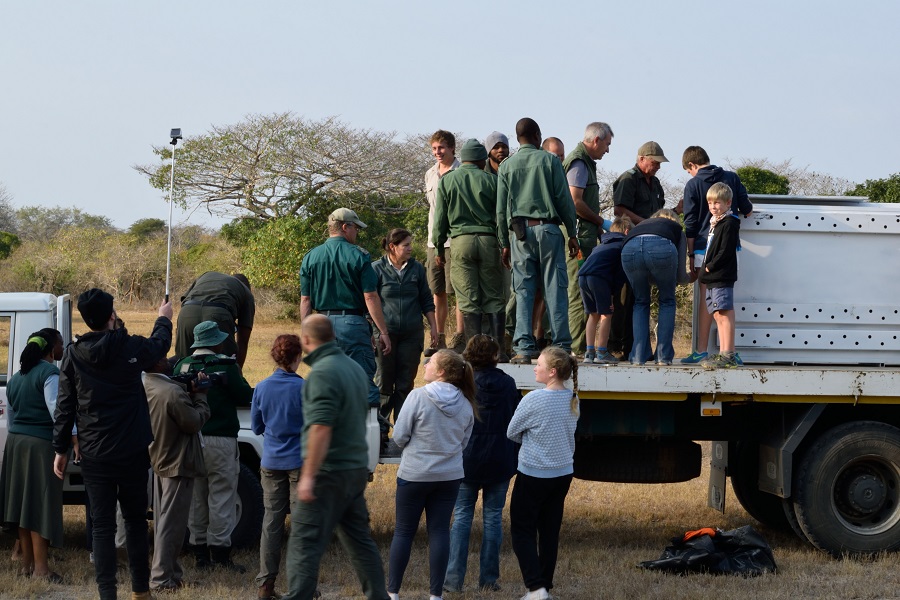 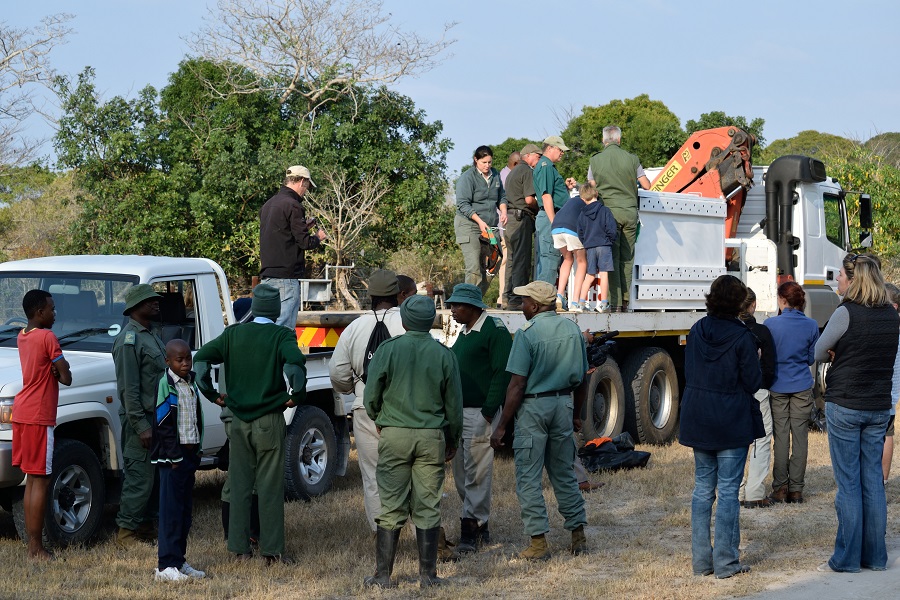 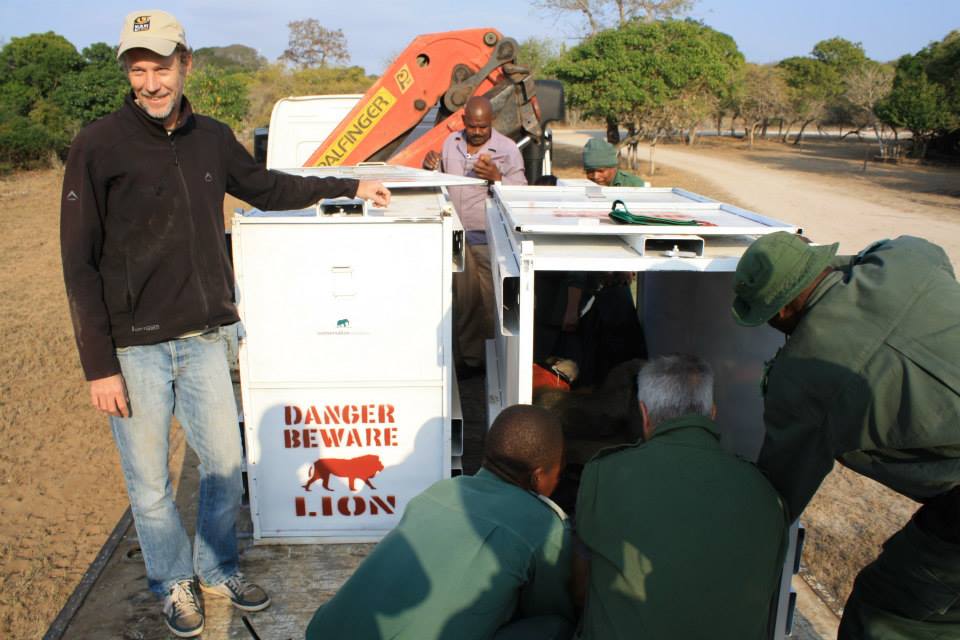 The lions are safely in their crates and ready for their long journey.

This story has had many highlights. The return of lions to a formerly ravaged country shows that healing is possible and where there is political will – wildlife can be safely returned to former habitats. The partnership between a non-profit like African Parks and the Rwandan Government is shining example of what can be achieved we work together. It was entirely a group effort, having the South African government, represented by Ezemvelo KZN Wildlife, and the private sector, with &Beyond, playing key roles while Wildlife ACT gave support on the ground in Tembe Elephant Park. This lion relocation operation brought together such an array of conservationists with completely varied objectives, yet all focused on conservation principles and ideals.

The veterinarians, ecologists, managers, monitors, staff and wildlife volunteers, all coming together to achieve something so great is a beacon of hope for our wildlife during a time when so many species are under pressure.

Well done to all involved and good luck to the lion their new home. 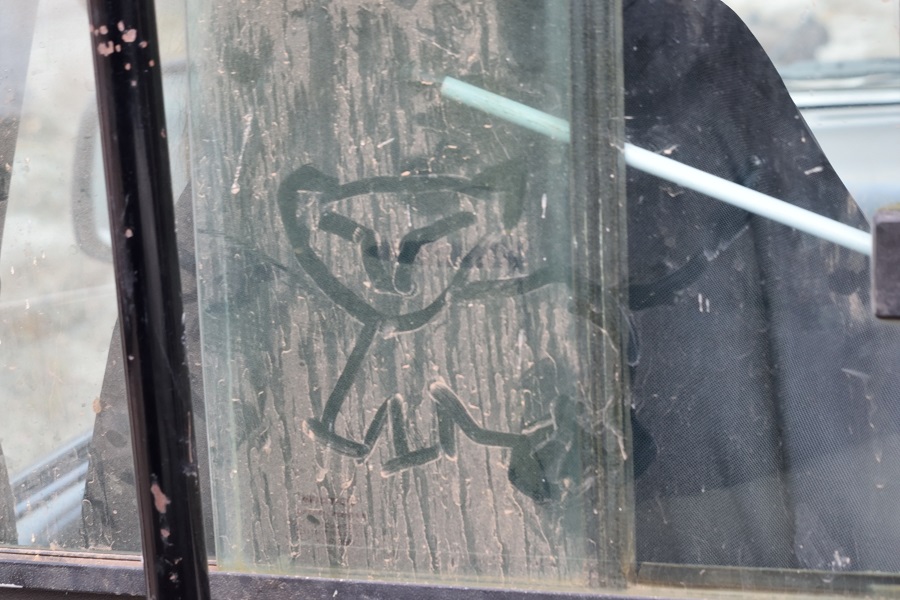