Zama Ncube of the Wildlife ACT Fund and our head rhino monitor on Somkhanda Game Reserve has once again gotten the proverbial ball rolling by arranging our second annual Rhino Awareness Soccer Tournament in Zululand. This tournament will involve communities from around Somkhanda and will be held on Youth Day in South Africa (16 June 2015). Following the success of last year’s tournament, community support is high and this year Zama has even caught the interest of a local radio station, which will provide coverage of the event.

We would love our arriving wildlife volunteers to become involved by bringing along a high-quality soccer ball to be used for the matches and to be handed out as prizes to spectators. Alternatively you could make a donation to our fund to contribute to prizes, awareness materials and soccer uniforms for participating teams. 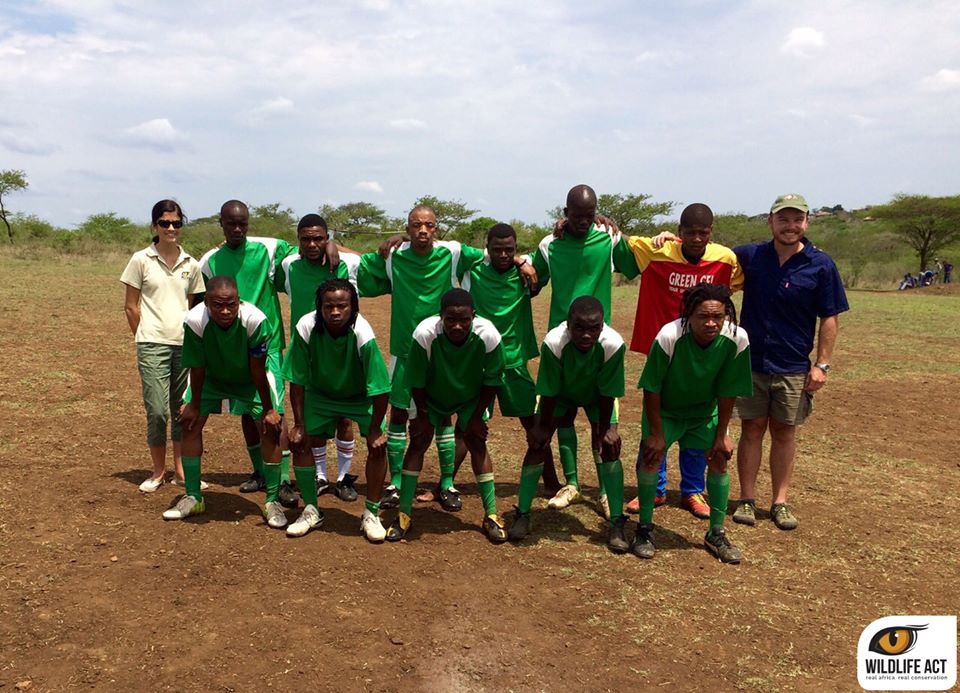 Any help with this event would be greatly appreciated.

As wildlife volunteers, you can donate to our fund here >>> http://bit.ly/1PYJ09I