The Seychelles, to many, holds the allure of an unspoiled paradise. It is well known for its exquisite environment and is home to many endemic (only found in a particular area) fauna and flora.

Tourists flock to the Seychelles to experience the white beaches and picturesque descriptions found in most travel magazines. Many of the smaller islands cater exclusively for visiting tourists and have built hotels and other luxury services. The tourism industry is essential for small island communities as there are limited natural resources and only small pieces of land available for agriculture. As a result, much of the Seychelles’ GDP relies on tourism, fishing and the processing of coconuts and vanilla. 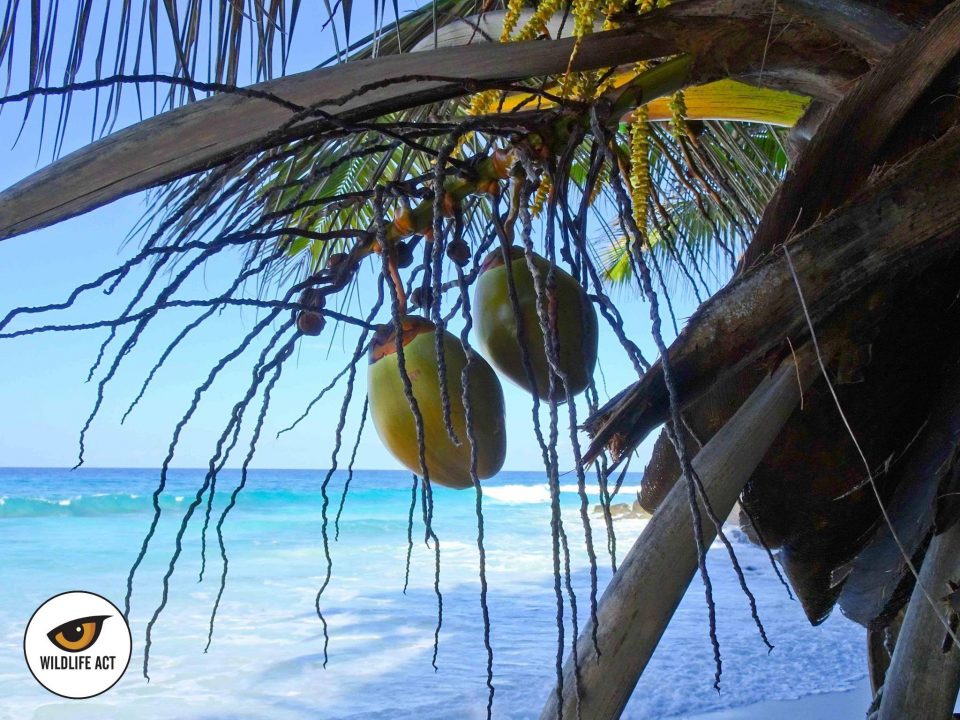 The Backstory of Seychelles Coconut Palms 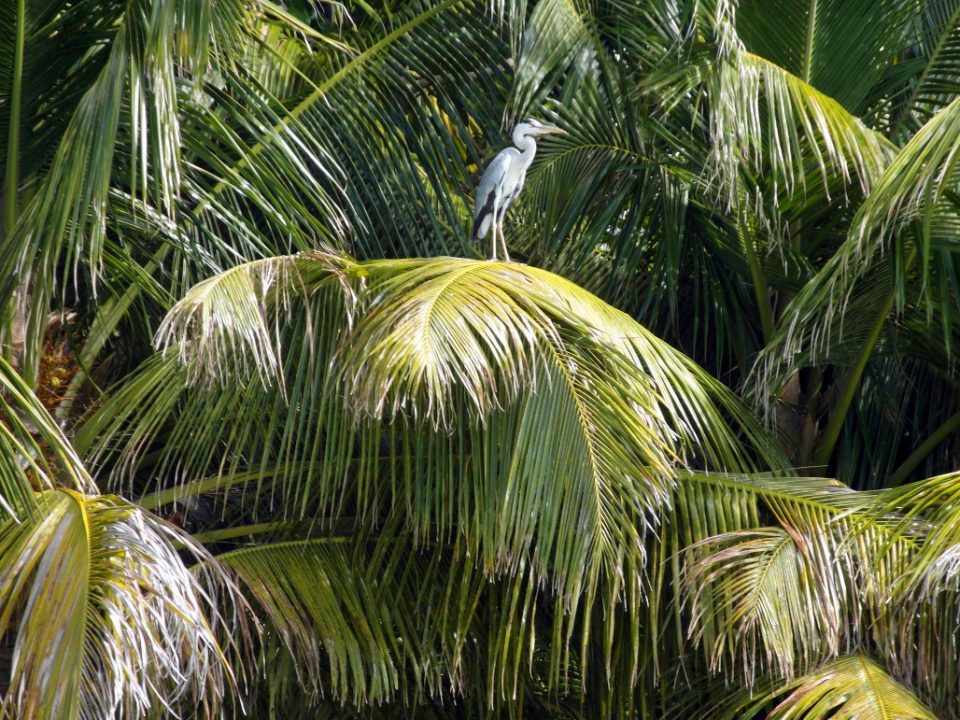 Grey Heron perched on a coconut tree, scouting for fish – on one of the Amirantes Islands.

The establishment of more Seychelles coconut palms resulted in the inhibition of endemic flora regeneration and re-seeding as it created a dense mat of fallen palm fronds which covered the forest floors. The coconuts also provided food and shelter for the introduced rats and other pests while removing valuable nesting sites from many of the indigenous birds such as the red-footed booby.

SEYCHELLES CONSERVATION ON THE RISE

In 1970 a rise in nature conservation began. In 1990, the need to take active measures against the invasive plants due to concerns of basic ecosystems services such as water, future timber and the survival of endemic species, arose, and thus reforestation projects began. With the collapse of the copra (oil harvested from coconuts) industry in the 1980s, several of the smaller islands which had been converted to coconut plantations were abandoned. These islands were completely overrun with coconut palms and they continued to proliferate in the absence of man. 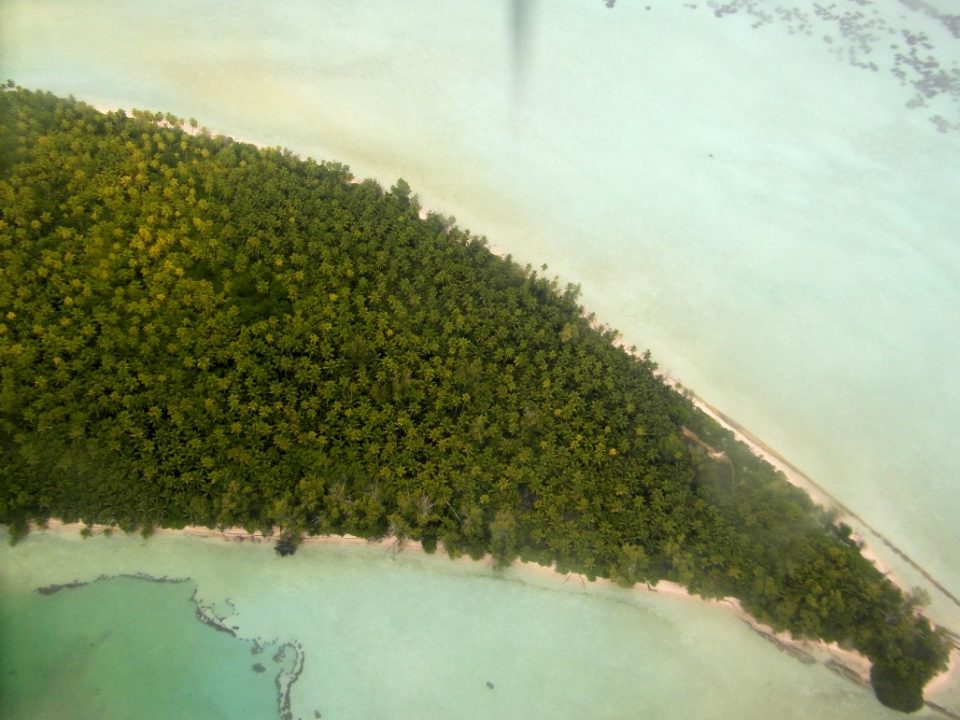 One of the Amirantes Islands from the air showing dense forests of coconut palms dominating the landscape.

The removal of the virtual monoculture of coconut palms takes a great deal of manpower, and consequently has a very high cost associated with forest rehabilitation. Some of the islands have made use of eco-tourists and volunteers to help cut down, and remove the inland coconut palms. Volunteer programs help reduce the cost involved with Seychelles rehabilitation and boosts the tourism industry as many volunteers remain to travel and experience the local atmosphere. 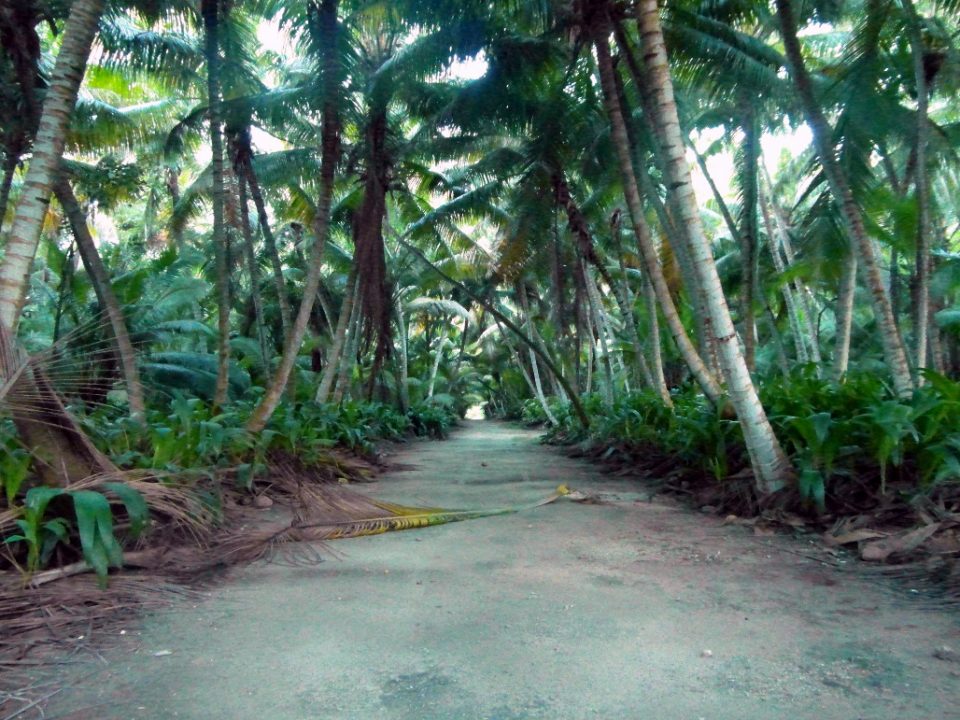 Paths created through the dense coconut bush on an island in the Amirantes – Canopy of larger trees with smaller recruits carpeting the floor.

Many islands such as Fouquet, North Island, Platte and D’Arros still have large sections of inland coconut palms which need to be removed and subsequently rehabilitated. With commitment, dedication and a lot of hard work, the forests of the Seychelles are slowly being restored to their original state, allowing for the natural recolonization (or intentional reintroduction) of endemic and endangered Seychelles fauna.