John Francis started volunteering with Wildlife ACT in Zululand, South Africa, in 2009, the first year our organisation began. Since then he’s volunteered with us in Zululand every year, which is a total of six times. So when Wildlife ACT started a project on North Island in the Seychelles, it was only fitting that we asked John if he’d be our first volunteer and test the waters. This series of blogs are emails sent by John Francis to his family while he was volunteering with Wildlife ACT on North Island in the Seychelles. 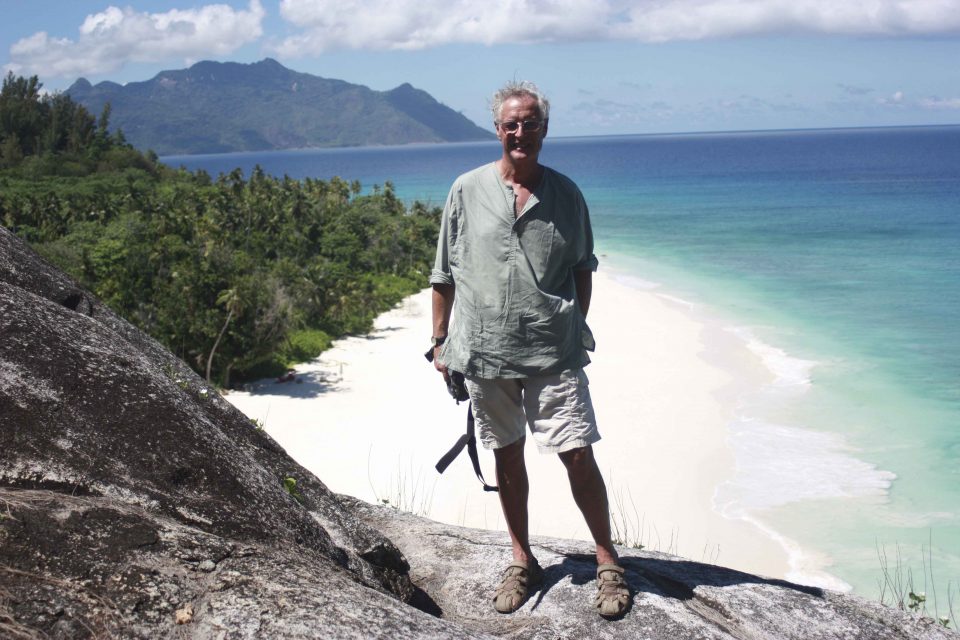 Greetings from the Seychelles.

I have now settled into my Seychelles volunteer camp on North Island which is a small privately owned island of about 200 hectares. I was surprised to find that there are about 100 staff to run the tourist facilities which comprise only 10 luxury villas and to deal with the day-to-day operations including the rehabilitation of the island ecosystem and conservation of wildlife. I have been seconded to the Environment division. 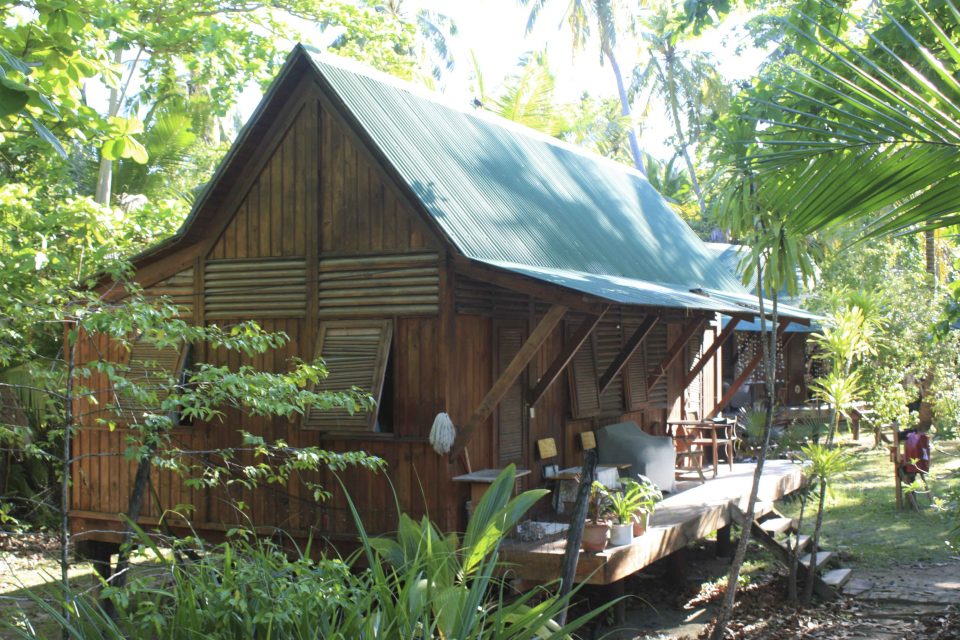 The island has suffered huge ecological trauma from colonising humans, especially from Alien Invasive species. For ten years work has been carried out to reverse the damage caused mainly from the planting of coconut plantations. Such conditions can be reversed to recreate a habitat where seabirds, turtles and the most endangered wildlife can thrive again. 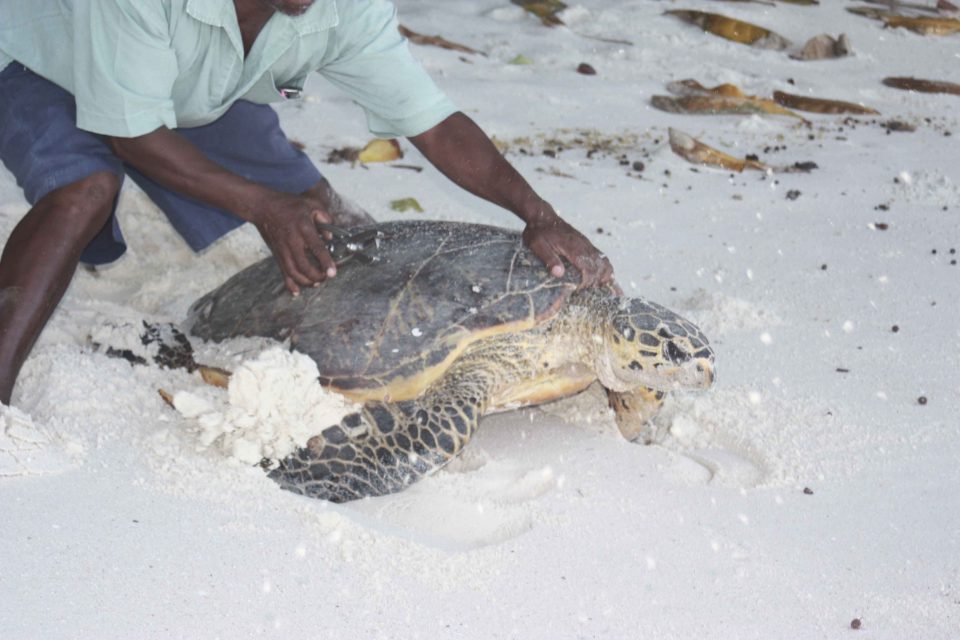 Rehabilitation includes eradication of introduced predators, control of invasive plants and replanting native vegetation and the reintroduction of rare or threatened species. In 2005 black rats were eradicated from North Island and it has been rat free in recent years. Introduced Indian mynas are also being eliminated as they kill local birds.

Scientific monitoring of introduced and migrant species is now being carried out using Seychelles volunteer students and graduates, plus me of course. I have a varied programme of activities planned but a daily one is beach patrol around the island starting at 7am after breakfast whilst it is cooler (currently up to 86°f). I have to find where the turtles are nesting by following their tracks to a nest site recording the likely nest time and location manually using a Garmin.

The large green turtles arrive and dig their nests, lay a hundred or so eggs, cover them with sand and return to the sea. The eggs usually hatch after a couple of months and the baby turtles make their way to the sea hoping to avoid predators such as birds and crabs on the way.

The daily records are kept for research purposes. I then have to mark the location of the nest with sticks, one of them having a coconut on top with details written on so tourists and others will not step on the nest and break the eggs If they nest in a precarious location we will dig up the eggs and relocate them in a safer part of the beach. As a result of this action the survival rates have improved. 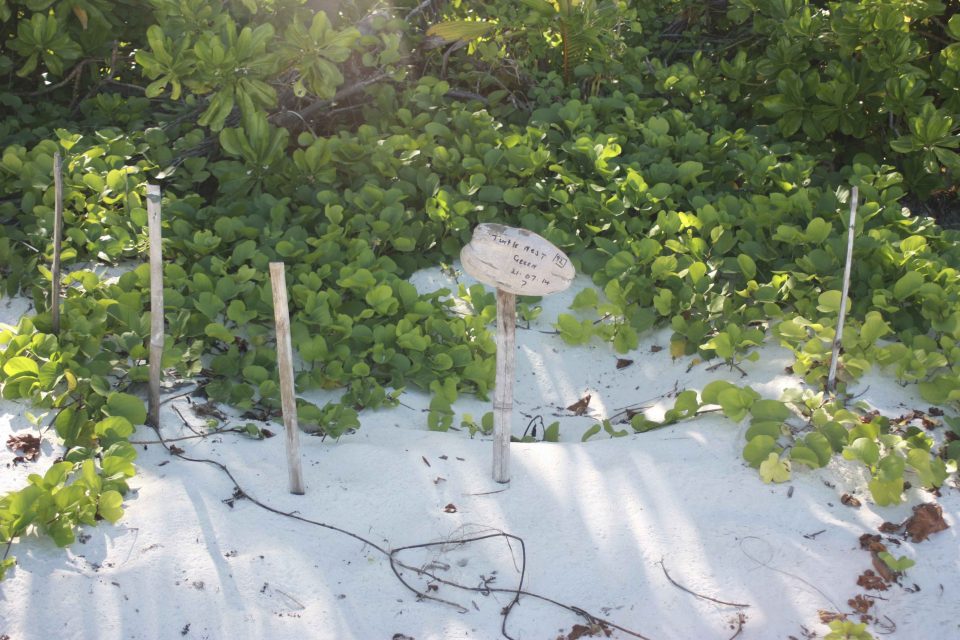 I have work to do, so bye for now.