This time of year is the nesting period for tree nesting vultures and other raptors in KZN. In August 2015 we conducted a vulture nest survey counting and recording large raptor nests in some of the protected areas in Kwa-Zulu Natal.

This survey forms part of the Zululand Vulture Project – made possible by the collaboration of Ezemvelo KZN Wildlife, Endangered Wildlife Trust and Wildlife ACT Fund, and the support of Bateluers and pilot Eugene Couzyn. 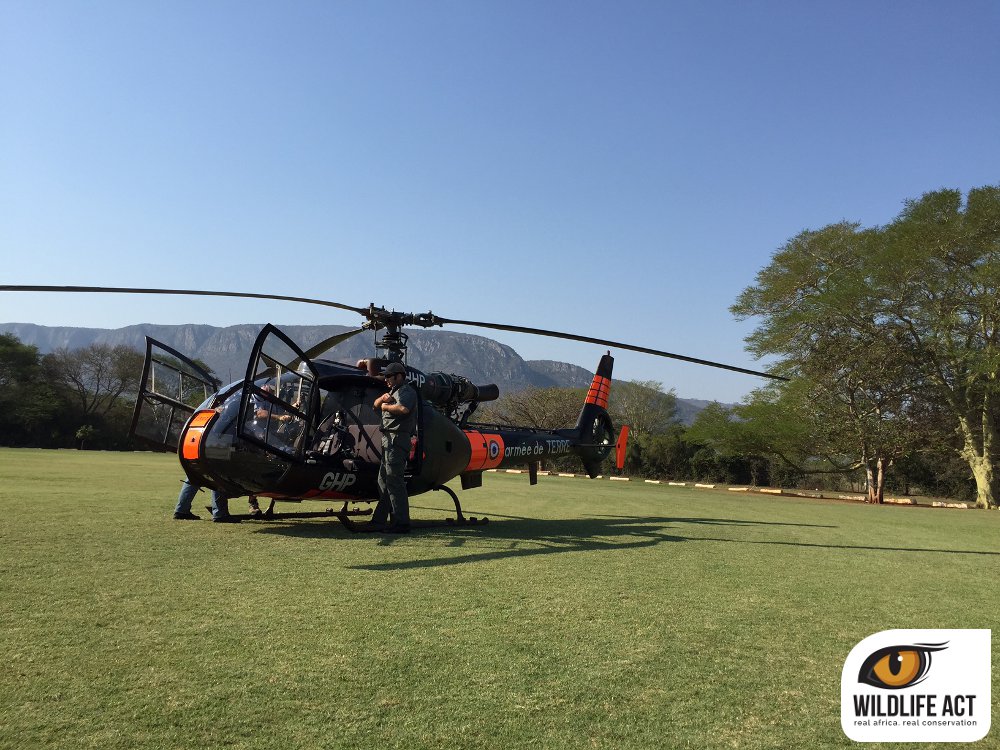 Day 1 Landing Zone and refueling with ubombo Mountains in the background.

In KZN we are fortunate enough to have the EKZNW fix wing plane and pilot Greg Nanni committed to carrying out an annual vulture nest survey in northern KZN. From this survey and other monitoring efforts from the ground by our dedicated field staff, we have noted a startling decline in active vulture nests, and the success rate of these nests. 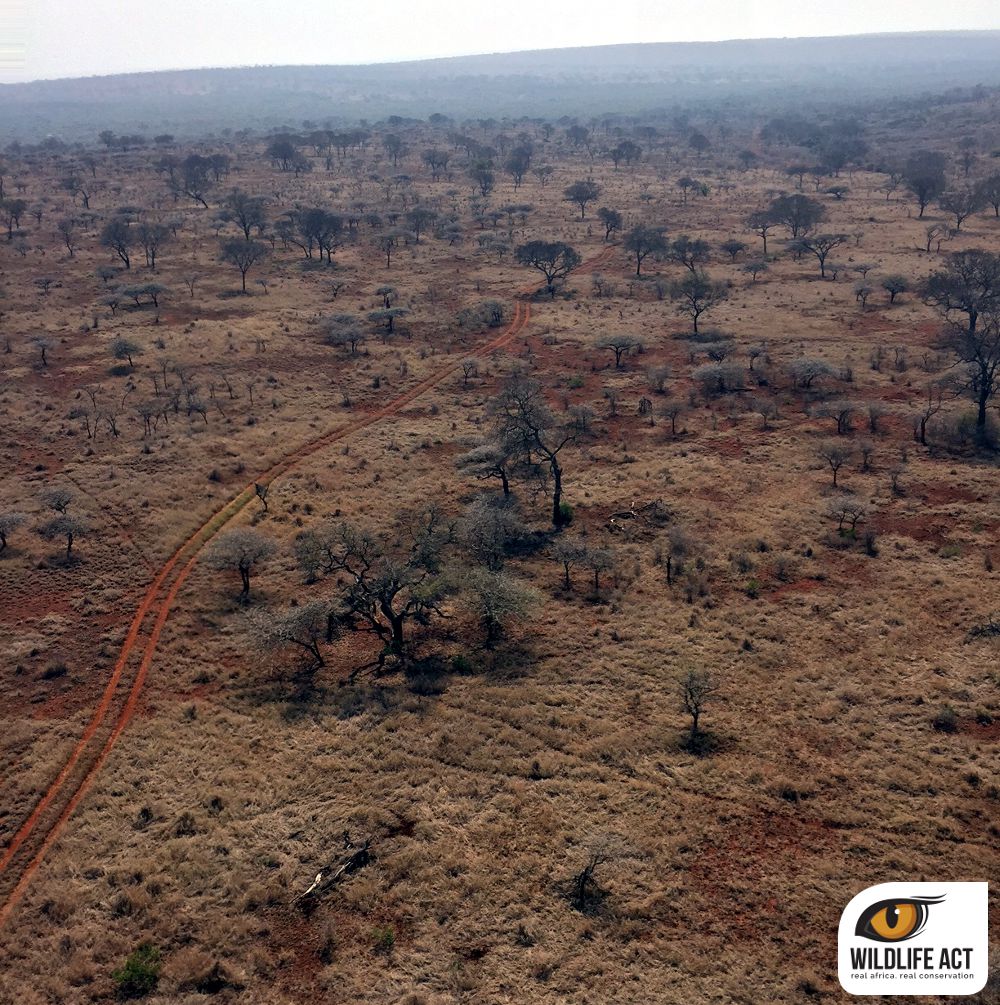 View from the nest-spotters perspective.

The sponsored chopper through Bateluers and Eugene Couzyn, and the fuel sponsored through Wildlife ACT Fund, was arranged in an effort to support this vulture nest survey, hoping to give us an even clearer picture of the status of breeding vultures in the region. 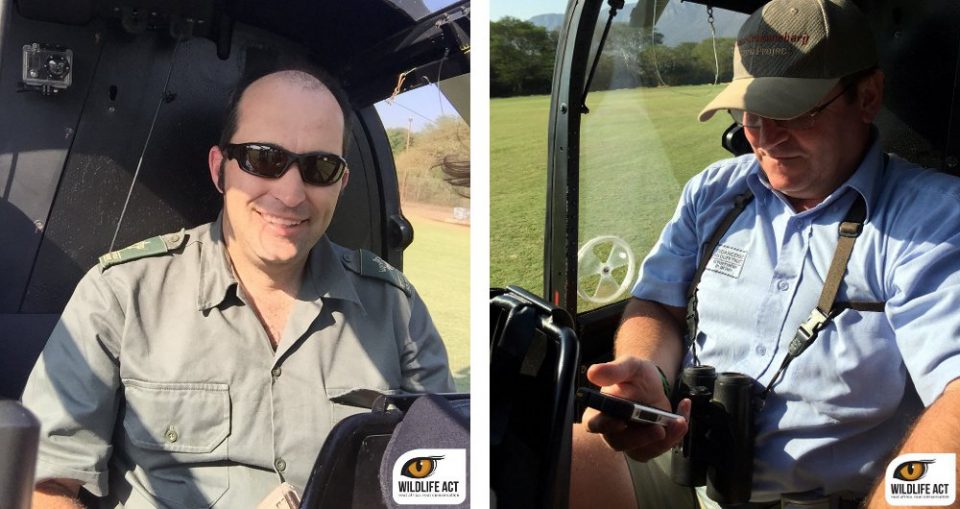 Left: Brent Coverdale of EKZNW, ready for spotting.
Right: Andre Botha of EWT preparing his GPS before take off.

The vulture nest survey was a success, and more than four full days of flying was carried out focusing on key areas. Andre Botha from EWT kindly helped record the data collected which will be fed into the Zululand Vulture Project for analysis. 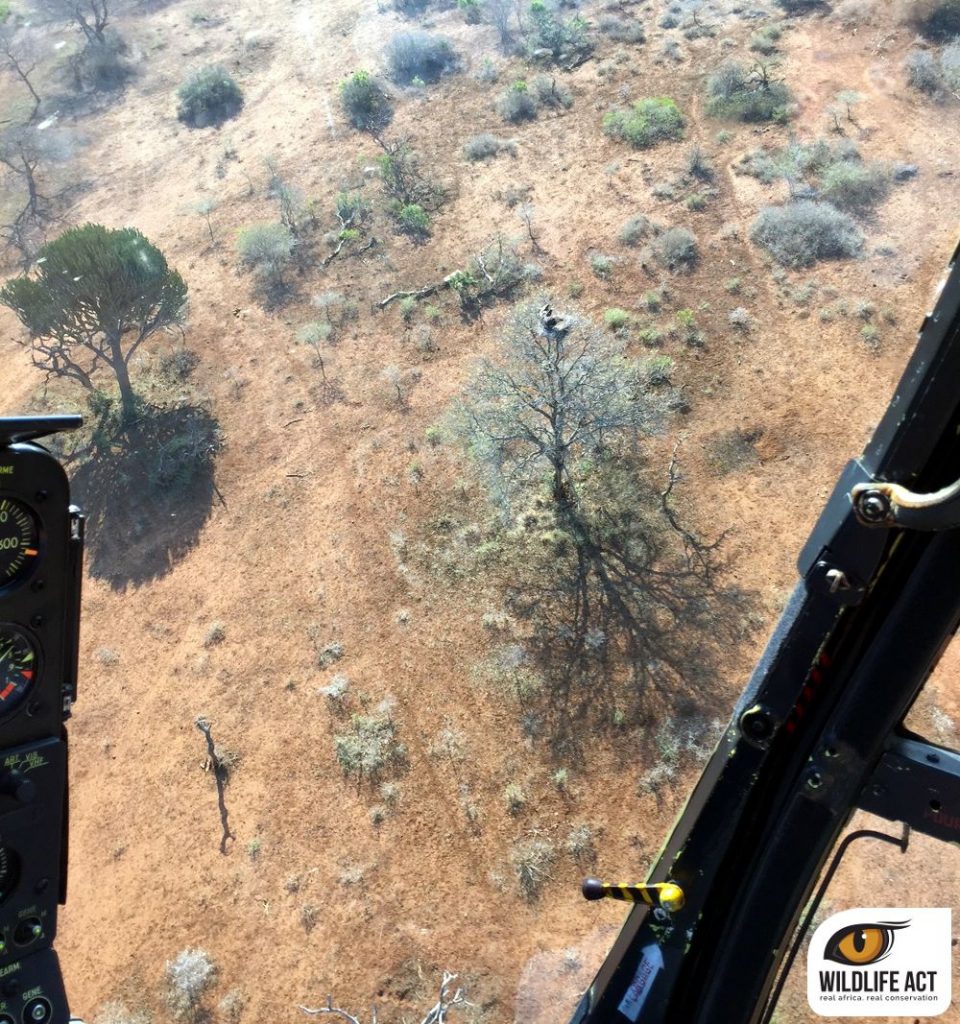 During the vulture nest survey a few dead vultures were also recorded – some on their nests, and some nearby on the ground. Once again the active nests of the three tree nesting vultures of KZN: African White Backed, Lappet Faced and the White Headed Vulture, were down from previous years, especially the Lappet Faced and White Headed Vulture, which raises the alarm that some further action is needed to combat this issue.

A HUGE thanks to our headline sponsors Woolworths, Rhino Africa and all our other supporters and partners out there. Without you, none of this is possible.