Wildlife ACT monitor, Kevin Emslie, and the conservation volunteers got to witness this incredible sighting of a spotted bush snake eating a skink in Hluhluwe-iMfolozi Park.

The Spotted Bush Snake (Philothamnus semivariegatus) is a non-venomous snake in the family Colubridae, distributed from South Africa to Sudan and Guinea.

The colour is bright green with black speckles. It is mostly found in trees in bush and forest areas, where it hunts lizards and Treefrogs. They are excellent climbers and swimmers, and have very good eyesight.

They are highly alert snakes, and usually average between 60cm to 90cm in length. They are not territorial, and will roam great distances in search for food. Spotted bush snakes are very common and completely harmless. They are well camouflaged, naturally very nervous, and quick to escape from any potential threat.

With about 1200 described species, the Scincidae are the second most diverse family of lizards, exceeded only by the Gekkonidae (geckos). Skinks look roughly like true lizards, but most species have no pronounced neck and their legs are relatively small. Most species of skinks have long, tapering tails they can shed if a predator grabs the tail. Such species generally can regenerate the lost part of a tail, though imperfectly. Skinks are generally carnivorous and in particular insectivorous. Typical prey includes flies, crickets, grasshoppers, beetles, and caterpillars. 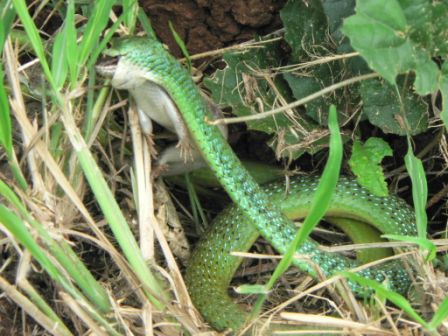 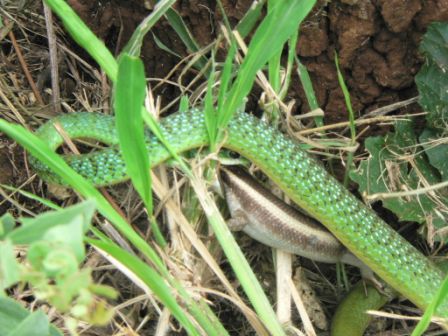 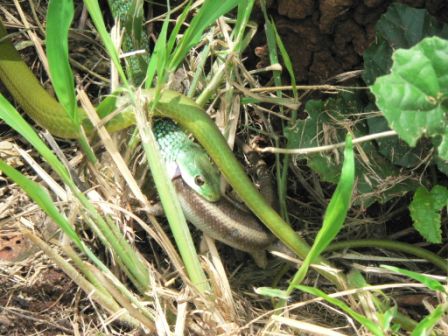 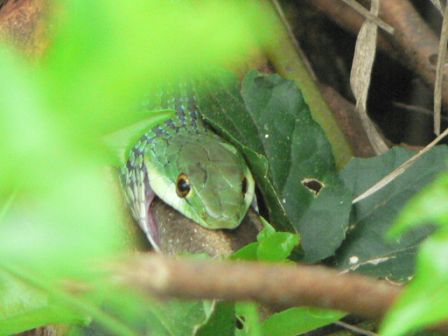 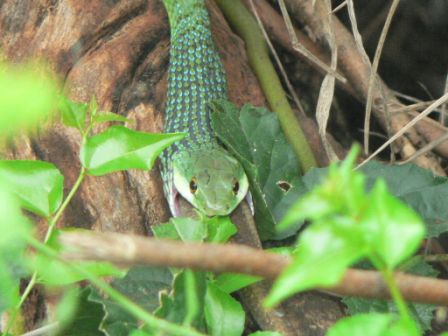 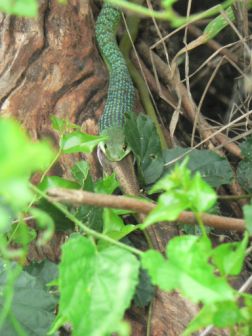